I regret to inform you that due to bad planning (unexpected success) the introduction has become cumbersome and must be relegated to the formal bibliography to make room for better introductions. Those responsible for the llama portions of planning up to this point have been sacked. Thank you.

Due to various factors we’ve been on hiatus, but a comeback is in the works. So to buy time I present you with a couple looks at the Roman legions. It’s important to remember that successfull militaries don’t revolve around a specific weapon or type of armor, but sysems built around strategy and tactics. The legions are perhaps the best pre-modern example of this, simply because of the Romans’ systemic approach to a multitude of things.

What follows are looks at a number of aspects of those systems, from ornamentation to fortification, and there’s a great deal to be learned from the history and archeology of them. Not really emphasized in this is something I mentioned in other contexts recently, their focus on logistics. How did the large, less sophisticated armies of the past manage to do things like staying fed? There’s an ancient saying along the lines of ‘where armies march, famine follows’, which should make that obvious enough. The main thing is what happens when you station a large number of people in one place. They have to be fed, housed, and so on, so that means logistics, and for Rome that meant roads and rivers. As the old saying goes, the devil’s in the details, so as students of history it behooves us to examine those details. We hope you enjoy this semi-filler piece, but there are a few regular ones already in the pipeline.

What do y’all think about all this? The First Rule of WTW Club is you talk about WTW Club Topics.

The logistics of military units is mind-boggling in the past and present. Having to do it all on foot and with beasts of burden must have been a nightmare.

The unit I was in could have an advanced party anywhere in the world in 48 hours, so we were always ready to roll. I was a part of that advanced party that we called “Air Det”. I thought it was a lot of work when we did that because we’d be busting our asses, almost without sleep, for at least 96 hours. Imagining having to move long distances without trucks, helicopters, and planes sounds impossible, but they did it. They were a lot tougher back then.

I read once that many German soldiers in WW2 marched well over 10,000 miles all over Europe. I’m sure a lot of ancient warriors did the same. I’m thinking Romans and Persians marched a lot, as well as the army of Alexander the Great. Not only did armies leave famine wherever they went, they also left a trail of dead soldiers.

I came across a pretty mind blowing piece of when doing my Japanese articles. During the Japanese invasion of Korea in the late 1500s, (I don’t remember the exact numbers, so I’m just going to summarize) the Japanese crossed a greater distance, through mountains, faster than the famed German blitzkrieg of World War II.

I’ve never heard that but it’s amazing. That general and his officers must have been geniuses in logistics.

Did the Japanese have slaves back then? I know the Romans did, and so did Alexander the Great. I’m wondering how much slaves actually impacted movements of armies in the past.

Not really. Toyotomi Hideyoshi actually abolished slavery prior to invading Korea, but it had already been looked down on by the samurai class for some time. While I can’t say exactly why it was frowned upon, I imagine it would have been a viewed as a slight of ones greatness if he needed to rely on a slave. Up until that point, most slaves were used on farms. Though while slavery was technically illegal after 1590, it still existed in the “comfort” industry.

Geisha girls? or were they upper echelon?

While often confused, there is a big difference between a geisha and a prostitute (it was actually illegal for a geisha to work as a prostitute). Part of this is because they worked in the “pleasure” districts and, to westerners, looked very similar to an oiran (a courtesan). Easiest way to tell the difference is a geisha’s hair, makeup, ornamentation is simpler and they tied their obi (the sash around their waist) in the back (making it more difficult to undo). Geisha were simply entertainers. They would perform dances, sing, play instruments, etc. 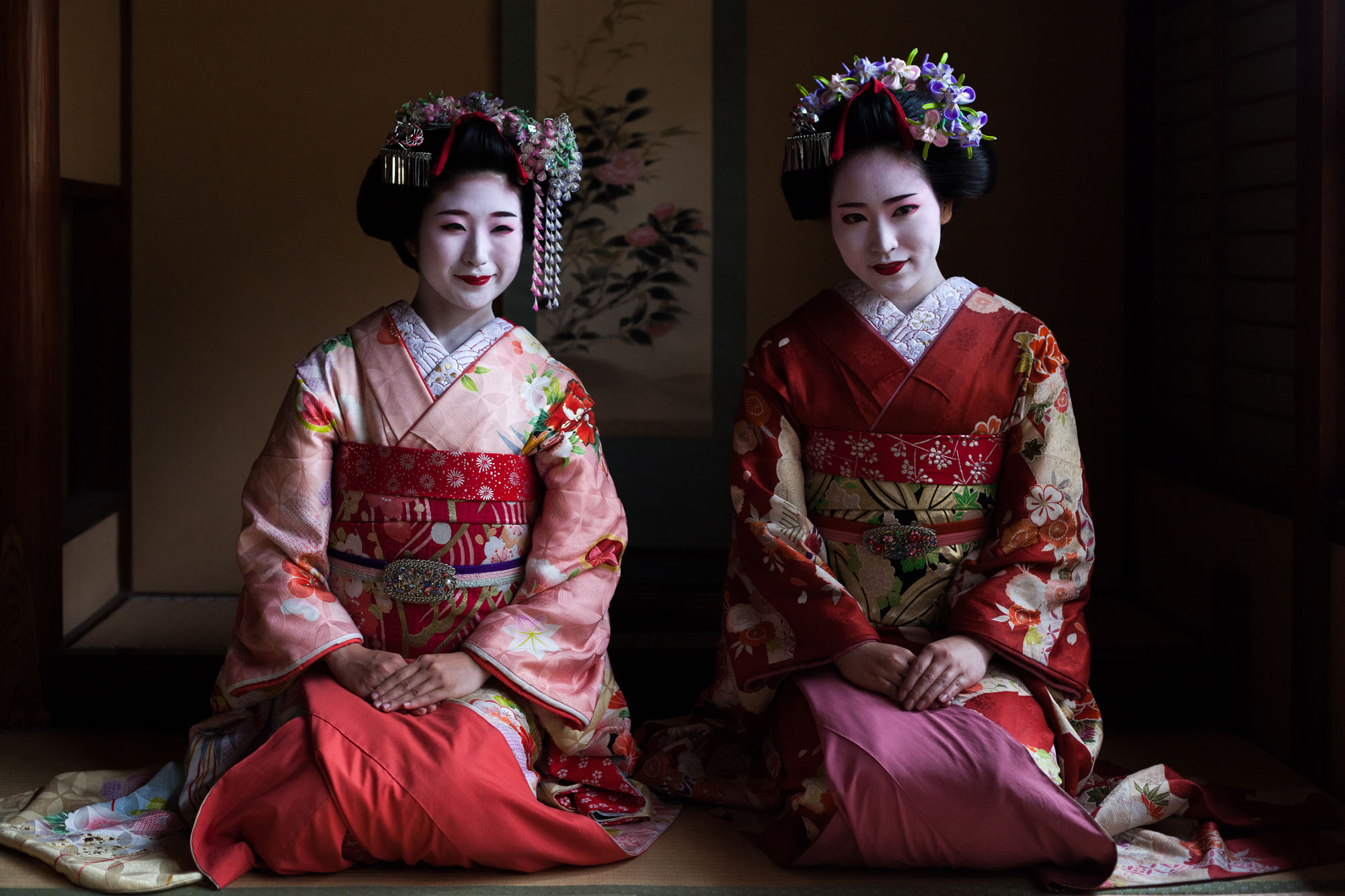 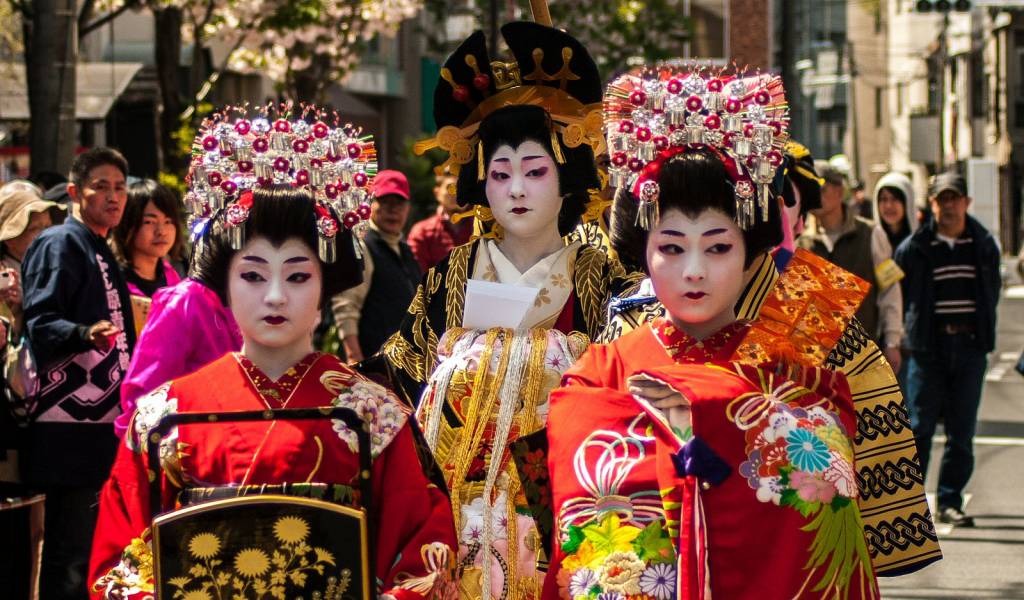 Last edited 11 months ago by Leaf
3

I have no idea if this is truth

But the camp followers (comfort industry) following the Union Army around were called Hookers in honor? of the US General Hooker who encouraged them

Etymology
Hooker (n.) “one who or that which hooks” in any sense, agent noun from hook (v.). Meaning “prostitute” (by 1845) often is traced to the disreputable morals of the Army of the Potomac (American Civil War) under the tenure of Gen. “Fighting Joe” Hooker (early 1863), and the word might have been popularized by this association at that time. – etymonline.com

Now, there will be some people who will say that the word ‘hooker’ was in the Oxford English Dictionary since 1567, which they are correct; It meant to pickpocket, swipe, or steal. However, the invention of the word is not what is in question here, it is the fact that this General partied so hard that he changed what the word meant.

We know that this is a myth because the slang term “hooker” in American English was used to refer to a prostitute at least as early as 1845. And in 1845 young Fightin’ Joey was just a staff officer during the Mexican-American War (1846-48) and probably didn’t have the nerve to surround himself with swarms of prostitutes. Further, there’s some evidence that “hooker” was in use as early as 1835. That year, The New York Transcript (a popular newsheet at the time) referred to a police court hearing in which a prostitute was called “a hooker” because “she hangs around the hook.” “The hook” in this case was Corlear’s Hook, the sharply curved shoreline on the Lower East Side of Manhattan.

Further reference for this comes from John Bartlett’s Dictionary of Americanisms, published in 1859, before the Civil War started. Bartlett’s dictionary defined a “hooker” as being a prostitute such as those patronized by sailors at Corlear’s Hook, the area where there were a “number of houses of ill-fame frequented by sailors.”

So there’s very strong evidence from multiple sources that “hooker” for “prostitute” was in use well before the outbreak of the Civil War. It wouldn’t be at all surprising that soldiers and others might have made the obvious connection between Hooker’s last name and the existence of prostitutes in and around Union army encampments during the Civil War, and that they made jokes about it. But Fightin’ Joe’s family name was not the origin of the slang term “hooker.”

seems to me the term was established enough in at least SOME circles that whatever Gen Hooker did or didn’t do, that part of it is a “myth” … although a nice embellishment to his “legacy” (whatever)

anyway, as Jamie or Adam would say …

But do we know if Hooker’s mother lived around Corlear’s Hook?

you wanna know? YOU do the research … and good luck!

German troops used a drug called Pervatin. Much like Crystal meth. This is how they over ran France without sleeping.

I was a member of the now-defunct 3rd Herd out of Tinker, another ready-reaction element and I confirm this sort of thing is real. In fact, I got in trouble for swapping a bunch of beat-up test leads for meters that weren’t doing us any good for a bunch of duck tape, which I stashed in the drop ceiling.

Somebody noticed that we weren’t running short near the end, as usual, and I got chewed out. Typical, but I built the snack/beer fund for the shop up so well informal word came down from the commander’s First Sergeant: Back off, you’re cutting into the boss’ equivalent’s profit margin. Which figures, if you’ve served, but I got dinged repeatedly for solving problems without permission. Possibly why I got hit with the lie on my APR from my (corrupt and lazy, seldom saw him) boss, “requires constant supervision, on and off duty”. Small wonder Graham-Rudman-Hollings provided the opportunity to cashier me. I got things done rather than following the routine.

would a hooker in Finland be a …

(I’ll show myself out)

and just a smidgen of Music Wednesday, just because …

Too bad fjord is a Norwegian word, not Finish

hey, at least I had the right neighborhood …

Does the Chiefs name need cancelled too? 44 replies

Chiefs are beginning Day 2 of camp without LB Anthony Hitchens, who has a sore hamstring

Anthony Hitchens, who tweaked one of his hamstrings yesterday, is not practicing today.

Most of the linebackers are out working before practice starts but I don’t see Hitchens yet. He had a hamstring injury yesterday