The Chiefs came out with a bang as Mahomes had a couple big plays to score a quick touchdown, bu the Vikings answered with a methodical drive of their own but settled for a field goal. The starters on offense continued to dominate, going down the field and scoring another touchdown with ease, leading the backups to come in early. The backups played well, extending the lead to 21-3 at half.

The Vikings finally managed to find the endzone to start the 2nd half after both teams traded turnovers, but Gore pulled off a big run to answer. The defense had a dramatic goal line stand in the 4th that was ruined by a Buechele pick-6. But that was the last excitement of the game as the backups held on for a victory (a garbage time touchdown not withstanding).

This is why we’re here, its time to celebrate! Keep the spirit in celebration and let’s have fun!

My God. While all of you are catching your Chiefs Dreams, I’m going to be working on this post. Don’t forget to tell all your friends! Oh that’s right, they’re already here. Well, dang. See you tomorrow. Be blessed by God! Oh that’s right, you already are. Well peace then. And Pompano, Ditto.

Here’s my hot take on Powell. He gets put on IR so they can give him a redshirt year.

Last edited 3 months ago by Nasrani
5

Wasn’t really impressed with Fountain. He had a few good grabs, a few misses, and a few short catches he couldn’t turn into 1st downs.

I thought he made some nice plays, but his ST play will probably be the determining factor.

one might imagine that he’d “stand out” with the 3rd’s and 4ths, but …

Allegretti looked solid at center. He made himself more valuable as a reserve interior lineman.

keep telling yourself that enough times and eventually your brain will believe it … happy hallucinations! 😉

We can officially get started with the regular season stuff against Cleveland.

Where’s Bart Scott when you need him? Can’t wait!

I like the fact that Clowney insulted every guard in the league right out of the gate. I think Tre and Thuney may hurt him.

I am thinking that we might rush for over 200 yards on the Browns.

I hope so … keep their Offense OFF (the field)

No!!! We will talk politics until your ears bleed.

hey coach, do we have time to run the Treehugger???

My, your capital letters are so fearless!

capitalism is self defeating, given enough time

trotsky proletariat takeover 18, on the agreed upon count

PS. I don’t think he’ll pass Thompson unless he outplayed him on ST.

If Darrel Williams has trouble getting out of concussion protocol, Gore might have a chance to make the roster. Williams is our pass blocker – Not sure how Gore might stack up there.

i can’t see them moving Gore ahead of Williams unless he’s going to miss several weeks, which is REALLY unlikely.

Probably not but you never know with concussions.

I think that’s why they’ll probably keep 4 RBs plus Burton. Along with the fact they’ve dealt with a lot of injuries at RB over the last few years and I think they want to run it more this year than in the past.

Disagree – they might give someone the CJ Spiller treatment instead.

I think they we’re going to run the ball a lot more this year, so I expect them to carry a full backfield this year.

I think we’re going to have a whole stable of running backs this year. 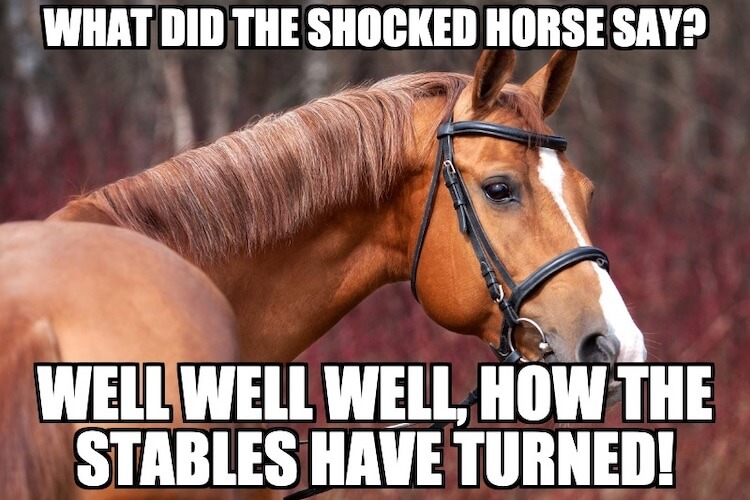 Last edited 3 months ago by upamtn
3

this^^^ is what they SHOULD do

MAKE the other teams “stack the box” and a lot of motion and the OCCASIONAL pass on 1st (or 2nd) to keep ’em honest … but RUN RUN RUN (Forrest!) which, in theory, makes up for a “thin” WR Corps (plus, addl TE’s and making it LOOK like a run (with motion and whatever else Big Red dreams up) and toss to Noah Gray instead of Kelce

Williams is our pass blocker

that’s Burton’s job … besides, all the hype was that CEH was a great blocker … also, if Williams is hurt AT ALL Gore should move ahead of him just because the best ability is availability (my 2 cents; adjusted for inflation)

Gore passes Darwin but that is not enough to make the roster.

Battlin Buechele showed some grit – do not believe the interception was on him. Undecided if he might improve enough to become our backup at some point.

I wonder if we’re keeping 2 or 3 QBs. I’m guessing 2 just to get someone else on the roster…

I think Andy and Veach may have liked that pick. It improved his chances of clearing waivers so he can be our QB3 on the PS.

I missed a lot of the second half shoring up things with a new friend. As Princess Irulan put it, a beginning is a very delicate time. Besides, he needed some support, he’s got psych issues, too. It’s a preseason game, but I might have done the same during a regular season game. Those are among my life priorities.

Clark – who will not make the team – stood out at the end.

The only player I think may be cut and not clear waivers outside the OL is Powell. I think we could have some OL guys pinched. Other than that I expect everyone to clear waivers. And that’s because most GMs aren’t very good.

I don’t know – He has made some decent catches but he cannot latch on to an average group of receivers outside of Hill.

His draft assessment by teams is more important than his preseason tape. A smart GM will look at it as getting a free draft pick if the team had him on their board.

Fortunately there aren’t many good GMs.

That’s because they’re all here 😉

How many receivers were drafted ahead of him? Did he do anything this preseason that improved his stock?

Doesn’t matter. If a team had him rated as a draft pick on their board they should grab him on waivers. Andy’s offense is notoriously difficult for rookie receivers, so I don’t think his preseason tape will matter.

You know what that means?

The Chiefs won the Preseason Dynasty.

I will say that there was enough good/bad in the second half – made for an interesting watch.

FYI: Mahomes is the AFC Offensive Player of of the Week 4 replies