No, you’re not suffering from deja vu. I wrote about this topic a couple weeks ago, right before the NFL decided to make a potential Bills-Chiefs AFC Championship a neutral field (which of course didn’t end up happening). In that post I complained of the horrible logic the NFL was using to justify this decision. A lot of Chiefs fans (and Bengals fans) assumed it was from a pro-Bills bias. But recent reporting suggests that it was because they were using the situation to test drive the conference championship games being at neutral sites permanently.

Permanently moving to neutral-site conference title games would give the NFL a chance to evaluate potential Super Bowl sites and reward teams with Super Bowl–quality stadiums. @AlbertBreer has details on why the league likes the plan (💰💰💰)https://t.co/ufGWdn4KAD

NFL fans have, naturally, panned the idea. I really shouldn’t have to explain why taking away a home field atmosphere from the 2nd most important games of the year lessens the fan experience. But even from a pure dollars and cents analysis I think this would be a mistake from the NFL.

Why is the NFL the most profitable sports league in North America?

On the surface this seems like a question that’s maybe interesting for MBA students doing a case study, but isn’t all that compelling to anybody else. Americans just like the sport more than others. But it is actually a bit weird when you consider it in the context of the very simple logic behind the last major schedule related change the NFL made.

The more games you have, the more money you make.

This is almost self-evidently true. You don’t have to solve any linear equations to know that more games equals more money. So then why is it that the NFL, the league with by far the fewest games, also makes the most money?

The reason the NFL makes so much more money than the NBA is because of TV viewers. 82 of the top 100 most watched TV events in 2022 were NFL games, with not a single NBA game making the top 100. NFL regular season games consistently pull in more viewers than even NBA Finals games. The Christmas game between the Broncos and Rams, two teams who were struggling all year, got 22.6 millions viewers, absolutely crushing the 14 million viewers of Game 6 of the 2022 NBA Finals.

The NBA season is so long, they have so many playoff teams, and the difference and seeding matter so little, that there is absolutely no reason to care about games even between top teams. Why should I care about the outcome of a regular season game when it will have no noticeable impact on the teams’ ability to win the championship?

This is the direction the NFL is going.

Does The Regular Season Matter Anymore?

There’s only two reasons for teams to try to win regular season games. One is to make the playoffs, and the other is to improve their seeding once they get in.

With the NFL adding a 17th game, each individual game has a lesser impact on the final standings. The Chiefs games against the Bengals and Bills were both big matchups with a lot of hype. But by the time week 18 rolled around they ended up being completely irrelevant to the standings.

But even beyond the top contenders, with the 7th playoff seed it is now much easier to even make it in. If you are even slightly above average you will have no problems making it into the dance. Why get worked up about a regular season loss when your team is going to make it into the playoffs anyway?

Then with only one bye, why should anybody care about seeding unless they’re in contention for the top seed? The famous “I’m calling both games!” call from Kevin Harlan? Those two games would have been mostly pointless under the current system with the Ravens haven wrapped up the top seed already.

And now the NFL wants to make playoff seeding even less relevant by taking away one of the main advantages of the seeding, home field advantage, continuing to devalue the regular season games.

Now sure, they will definitely make more money in the short term. But after a couple years of this, especially if they continue to make these sorts of changes, at some point fans are going to start to wonder why they should care about some random week 15 game when the winner isn’t going to be much better off in the playoffs. And when that happens, viewership will stagnate, and the NFL will lose the extra money they get from these short term decisions.

Maybe it should go the other way

Completely agree Tony. Back in 2020 I had the opportunity to attend the AFCCG at Arrowhead. My whole life that was anyways the game I wanted to see in person, the chiefs winning the AFC. Not because of the Lamar Hunt trophy but rather because u wanted to see the chiefs win the biggest home game they could, I wanted to see Arrowhead alive and experience that 70000 person group therapy session in person. I for one never cared about seeing the Chiefs win the super bowl in person because it’s an anodyne corporate environment with some more profound class distinctions on who can attend.

Today I ate goat beans and drank ostrich water while someone kept calling me over and over on my cellphone insisting that my name is Harvey.

Put down the goat beans, Harvey.

Spinning isn’t as easy as you think when you’re in the dark. 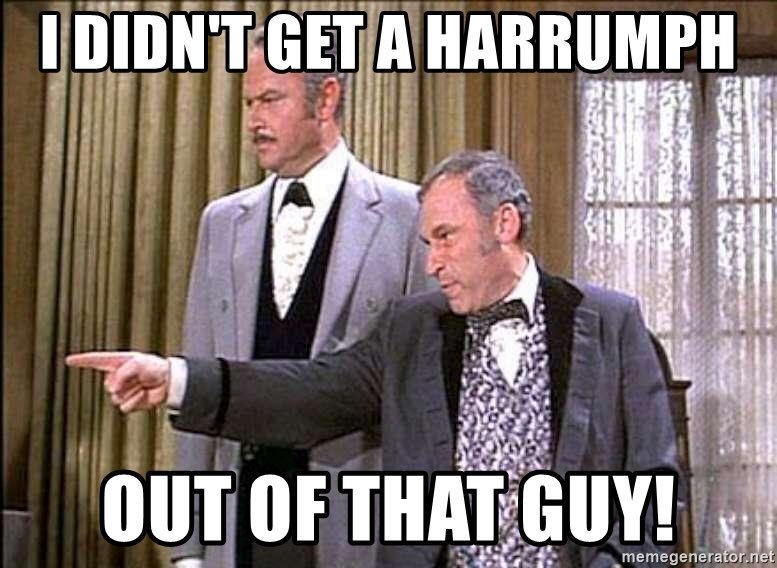 It is a horrible idea.

The reason it works for the Superbowl is because almost all the seats are sold to people that just want to go to a Superbowl. Very few people buy tickets after their team won the Conference Championship Games.

People book their travel arrangements and hotels months in advance to attend the Superbowl. I could be wrong, but I doubt many people feel a trip to neutral site Conference Championship Game is worth forking over triple the amount of what it costs to attend a regular playoff game. The Bills fans bought their allotment of tickets for Atlanta, but the Chiefs fans only bought about half of theirs.

I could see it work for a couple of years, but once the newness wore off, it could become an embarrassment for the league.

” I could see it work for a couple of years, but once the newness wore off, it could become an embarrassment for the league.”

as the value of seeding gets watered down, there will be teams playing the last 2-3 games of the year sitting starters like a preseason game – because they have their division clinched and getting a better seed isn’t worth risking injury to an important player. TV ratings for those last couple of weeks would likely drop considerably, as the better teams that people want to watch have already made the playoffs and are playing their practice squads..

used to be just 2 conferences in AFL and NFL: East and West … then more teams, more divisions, more playoff games … and the NFL saw the money and said “this is good”

then TV revenue started going up, and the NFL saw even more money and said “this is even better”

it’s all about the money … always has been, always will be

The correct answer to any NFL question is: Money

I agree. The recent changes haven’t done anything for the long term health of the NFL. Short term gain at the cost of the future isn’t a sound business plan.

True, but that’s the way things are now!