Today in Chiefs history, Spencer Ware was born in 1991.

British author of Charlie and the Chocolate Factory, among others, Roald Dahl died in 1990.

Last week, the Chiefs were among the four teams to attempt to claim former Cardinals RB Eno Benjamin on waivers. They were unsuccessful in their attempt, which came before Clyde Edwards-Helaire suffered a high ankle sprain in Week 11.

Kansas City Chiefs LB Nick Bolton has been selected to represent the franchise as their nominee for the Art Rooney Sportsmanship Award in 2022. This is the first time that Bolton has been nominated for the award, following three consecutive seasons where QB Patrick Mahomes was the team’s nominee.

A total of three former Kansas City Chiefs players have been selected as semifinalists. This group was reduced from an initial group of 129 nominees, which included 10 total former Chiefs players. This is the largest number of semifinalists since they adopted the process of reducing the list of nominees back in 2004.

The latest thrilling victory over the Los Angeles Chargers reminded everyone of the greatness that is Kansas City Chiefs tight end Travis Kelce. He added another game-winning touchdown grab at SoFi Stadium to go along with his other two scores earlier in the game, further growing his legend. His game-time heroics helped the Chiefs improve to 8-2, maintaining a solid hold on the AFC West division lead.

Sam Monson: How Mahomes is ‘different than any quarterback we’ve ever seen’ at PFF | NFL

The Kansas City Chiefs are navigating a pair of injuries to their punt returners – a shortage that might leave them looking toward a rookie to help fill the gap.

We should give a tip of the hat to Joe Cullen who has revitalized that DL which is tied for fourth in sacks. Also, Brendan Daly whose work with the young LBers is bearing fruit and Dave Merritt with that young secondary. This defense is coming around.

yes, yes and yes (in that order) … and Spags: dials it up as needed

AND here is the next set

For you young people out there, you can start to understand why the mid seventies to late eighties were rough and why Marty became a hero in KC when he arrived.

Do you remember the infamous Wing T?

“hey, let’s RUN the ball … then RUN it and RUN and RUN it and then we can RUN IT AGAIN

and I think Stram ran a Fullhouse T one game …

A man who knew the limitations of his quarterbacks.

He did have more to work with there

Here is the long awaited list – ranking the Chiefs teams – total of 63 teams. This has already sparked dozens of comments. Here are the bottom three.

well, ya got those three right … well done!

Kelce may get to the top of our list by the time his career is over, but in the meantime, let’s rank the 10 best TEs to ever play the game and see where he fits in:

Just a matter of time.

Did you say that you need a TE list?

Top four would be easy – good arguments for the last six spots.

yah, and I know soooooooooooo many right now want to rank Kelce in that top spot but that, like many other opinions, would be wrong and based (heavily) on “recency bias” (not to mention KC Chiefs bias)

as Nova said, just a matter of time until Kelce (maybe) is the “best ever” but until that happens, TonyG was, and still is, The Man … the GOAT of all NFL TE’s

One would really have to sift thru all the arguments. In no particular order, Tony, Kelce, Gronk and, in my opinion, Kellen Winslow, would have to be the top four. Sharpe and Gates would be battling for the fifth spot. Winslow really revolutionized the position. Kelce and Gronk became the focal point of their offenses, even when the teams had Tyreek and Moss. Tony had run-first coaches, a coach that had his success with a receiver dominated offense, and a motley crew of quarterbacks along the way. He was a reliable red zone target and a first down machine. Kelce with his speed and Gronk with his power have taken over multiple games. Tony never had that level of pure domination. One can argue that he was never given a chance.

sift all you want to, TonyG still ends up as the bestest, softest, finest and most wonderful TE Flour you could ever bake with

Tony was double and triple teamed all the time, not to mention double-and triple held on most plays … (sorry, that’s me being “argumentative” and I shouldn’t be)

yah, you have Top 6 listed and for real, one COULD go on and on about ALL those guys (and they were ALL good, and Kelce still is, of course)

how lucky we Chiefs fans have been to have seen not only Kelce but TonyG in action for years and years … spoiled we are, and hopefully appreciative of all the good times

Cordarrelle Patterson, NFC ST player of the week – I don’t remember whether it was Eafox or Saints sounding out our opinions on acquiring him last off-season but hindsight might make it seem like a missed useful opportunity. This underscores the amazing fact that so many rookies are seeing lots of snaps and experiencing growing pains on the field all the while the Chiefs enjoy the view from atop the AFC.

Saints might have said something as well but I did mention interest in Patterson. Thought he would provide big bang for the buck. 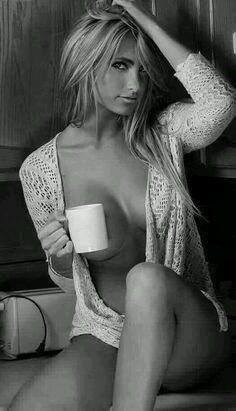 Errrr, I mean Wednesday… holiday week has my mental timeline all messed up.

We’re thankful for you, whatever the day.