Good Thanksgiving Day morning, AG! What a time to be Chiefs fan. The talent we’re witnessing really is generational.

Gobble Gobble to you travelers!

The NFL has played Thanksgiving Day games since its inception. The Lions have played every year since 1934 and the Cowgirls since 1966. A third Turkey Day game was added in 2006.

More importantly, the Wamponoag and Plymouth colonists shared a harvest feast in one of the first Thanksgivings in 1621. Thanksgiving Day was made an official holiday in 1863 – during the Civil War, mind you – by President Abraham Lincoln.

Kansas City Chiefs TE Travis Kelce has earned weekly honors from the NFL after his dominant performance against the Los Angeles Chargers in Week 11.

After all, when something is eventful on special teams, it’s either bad (like a fumble) or great (like a return touchdown). Unfortunately, it’s been more of the former than the latter for the Chiefs, but luckily it was neither on Sunday night.

iiiThe 2022 NFL draft is proving to be a vital component of the Kansas City Chiefs season. Each of the team’s selections in April has played a meaningful role this year as veteran players have been sidelined with injuries or suspensions.

Speaking to reporters on Wednesday, Rams HC Sean McVay ruled out starting QB Matthew Stafford, who is in the NFL’s concussion protocol after taking a hit that caused numbness in his legs in Week 11. McVay described the injury more as a neck injury than a head injury, but they’re being quite cautious given Stafford had just cleared the concussion protocol recently. Whatever the case, the severity of the injury won’t allow for their Super Bowl-winning quarterback to play in Kansas City.

That’s probably one way to explain what’s happening with the Kansas City Chiefs about now. Step into a huddle with Patrick Mahomes and Travis Kelce, and there’s a certain standard to uphold.

Last edited 14 days ago by MasterChief
3

A few good ones. I hope they all work.

I’d like someone to superimpose this over the above parade, showing him in diving motion with ropes holding him down. 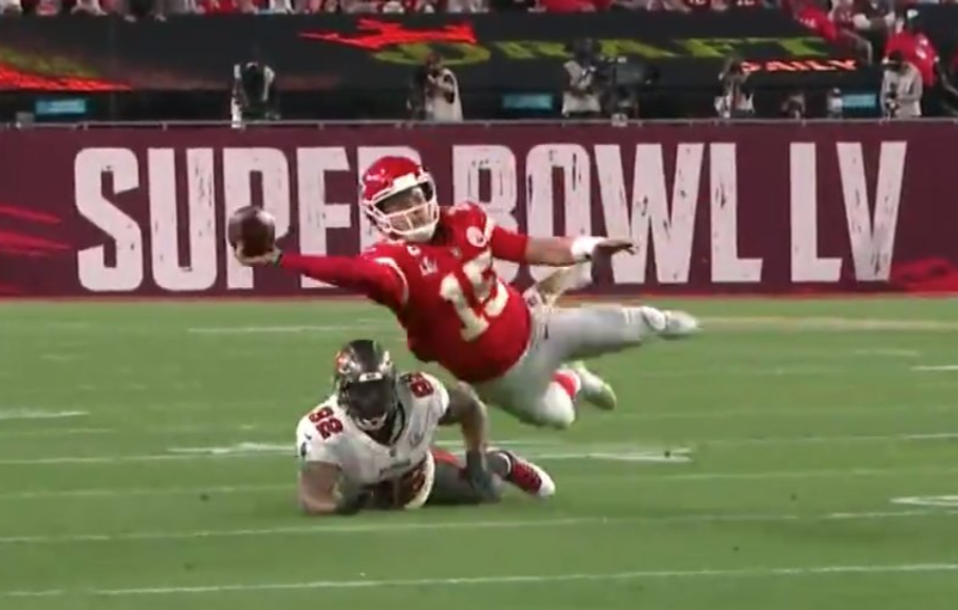 The ‘ol lady and I ditched the family early and blasted up to this game. I was talking to my sis on the phone as we were heading up. She lives in Denver. She was at my nieces house up there for turkey day and said niece was telling me we’d loose. I chuckled. I think Collinsworth was the only guy to pick us to win. It was weird. The Chiefs finally were a part of the Thanksgiving day tradition. But it was bittersweet. Lamar was too sick to attend. He was in a hospital bed in Dallas. He died a couple of weeks later shortly after that.

The Chiefs hosted the Denver Broncos on the NFL Network and won 19-10. Hunt died shortly after the 2006 season and the Chiefs’ persistence to play on the holiday subsided. Since then, the third game of the night has been on a rotating basis.”

I yell that at an armadillo who is trying to destroy mine like a thief in the night….LOL

As ready as it’s going to get, have a great Thanksgiving, everyone.

Happy Thanksgivng to ALL of my AG buddies … bunch a turkeys we are anyway … have a good ‘un out there: be SAFE and have FUN

This Rams game must not be taken lightly. Doesn’t matter who’s under center and who’s missing for the Rams, Chiefs need this win as much as any other if even simply to cement winning ways.

A message I’m fairly sure both Andy and Patrick have hammered home. Let’s hope it sticks.
Remember Indy!

HTG AG!
Great huddle!!! That block by Kemp as Burton returned the short kickoff (Chiefs Wire above),
Seth’s dog Kiko in the snow, the drawing of Chiefs playing backyard pick-up, the tribute to John Madden, good stuff.
What do the Chiefs have in RB Jerrion Ealy? He’s listed at 5’8” & 186 lbs and wears a a WR’s # 80. At Ole Miss in 3 years he averaged over 900 yards on offense and he returned kickoffs. Is he a Dexter McCluster or a Michael Westbrook? We’ll just have to wait and see, I hesitate to make predictions but I want to believe that between RoJo and Ealy there’s some help for the Chiefs there. Ealy’s college stats…
https://sports-reference.com/cfb/players/jerrion-ealy-1.html

Re Ealy: might as well go all in on the rookies, look what S Bryan Cook is adding, why not give Ealy a play or two.

Here’s the pickup game in case it falls off the twitter feed:

Chiefs had a Thanksgiving day tradition going before the merger. I believe we got the first late game when it was added in 2006 because of that.

I believe it was November of 1864, in the midst of a battle, when Confederate soldiers respectfully laid down their arms so that Union troops could celebrate Thanksgiving.

I can’t remember where that happened, but I believe it’s mentioned in the stellar Ken Burns documentary about the Civil War.

I’ll be playing that on my radio show tonight

Awww yeah! No Thanksgiving without it!

Have a good one Rip.

Happy thanksgiving to you brother…..