Today in Chiefs history, JuJu Smith-Shuster was born in 1996. Here’s hoping he feels up to celebrating with a big day Sunday.

In other history, it was a busy day. Pixar’s Toy Story, the first entirely computer-animated feature-length film, was released in 1995. A year earlier, Mount Merapi, on the island of Java, erupted, killing 64 people. In 1986, with a second-round knockout of Trevor Berbick, 20-year-old Mike Tyson became the youngest heavyweight champion in boxing history. 1963 was of course the year JFK was assassinated by a lone gunman or the CIA or the Russians. Take your pick.

Now, let’s get to the news which still is mostly about that great game Sunday night…

There’s no doubt that the quest for engaging content can lead a person to some weird places. Forecasting doom and gloom for the Chiefs was a lonely island at the time and now even lonelier.

If you had a feeling of déjà vu during the Kansas City Chiefs victory over the Los Angeles Chargers on Sunday Night Football in Week 11, there’s actually a pretty simple explanation for that.

Around the NFL community, everyone is back on the Mahomes train heading into Week 12 — although teammate Marquez Valdes-Scantling had another suggestion Monday on November 21.

ED: That MVS is one smart guy. Some other smart guy is pushing TK as the MVP, too

The Chiefs are now three games ahead in the AFC West after beating the Chargers 30-27 on Sunday night. They also remain one game up on four other teams in the conference standings.

Look out, there’s a new No. 1 team in town. After sitting atop these rankings for a majority of the season, the Eagles have ceded the top spot to the Chiefs, who are fresh off an impressive last-minute win over the Chargers on Sunday night

Chiefs Paved the Way for Another AFC West Title With Week 11 Win | SI.com

Kansas City’s dominance of the division is likely to continue following a big victory….the odds of the Chiefs losing their lead in the proclaimed preseason gauntlet are half a percent

The discussion of who’s winning this year’s MVP award likely went a long way toward being settled inside SoFi Stadium on Sunday Night Football.

Andy Reid addressed media members on Monday, providing some updates after the win over the Los Angeles Chargers.

What else can we learn from the weekly snap numbers? Here’s a look at how the snaps came down in Week 11

Everyone in attendance for the Chiefs at Thursday’s practice. Here’s a look at the receivers running through drills, including Kadarius Toney coming off the hamstring injury.

Baker Mayfield comes in for the #Rams… and comes out firing.

And Baker Mayfield is now in.

“Get on the interstate 65” – Brian Baldinger; loved watching that, good scoop, Nova.

Bryan Cook with 57% of the D snaps (in part, unfortunately, to a Thornhill injury) is a good thing, not sure he’s got the entire D playbook down yet but he’s growing into it.

Thank you, but to be honest, I don’t have anything to do with the tweets (thankfully for everyone). I don’t even know where I put my twitter account

Unbelievable to me that people still actually think mahomes isn’t any good. So stupid.

Last edited 16 days ago by Nasrani
6

Somebody has to root for the raiders

Every one of us old guys can tell you exactly what we were doing on this date in 1963 when we heard the news of Kennedy getting shot. For you trivia buffs, there were 2 other famous people who died on that same day, C.S. Lewis and Aldous Huxley. Nothing to do with football, but just an addition to the intro’s history of the day.

5th grade, Hartman Elementary in KC Mo, just getting back from lunch, classmate Jeff Fridkin ran in with the announcement vis-a-vis JFK

I wasn’t there, but I’ve seen the limousine in which Kennedy was riding when he got shot. It’s quite a sight.

I walked through the Air Florida wreckage after they pulled it from the river in DC. As a working F/A at the time, it was unnerving to see all the things I worked with every day twisted so badly you had to guess what it was

My wife’s niece and neph-in-law just had a baby boy who they named Caspian (with a tip of the cap to C.S. Lewis).

I’m old, but my mother was only 13 when JFK was shot. I did get to see the limo on display in Belgium one time though.

Not that old. I was 5 (so at least younger than your mom), sitting on the floor in our house in St Louis. My mom was there, too. Strange how I actually remember that, since it didn’t really mean anything to a 5 y/o

Checks math, confirms your not old..

I am thinking about working on an exciting new project – a list that ranks every Chiefs team from 1 to 63.

I am already compiling the statistics.

69 team and that’s all there is to it

Maybe with defense as a whole, but the 2018 offense was a scoring machine. Mahomes accounted for 53 TD’s alone!

And that’s what I mean.
You are correct, but you can’t use today’s numbers to gauge 1960’s football. I can only imagine the numbers Dawson, Unitas, Starr, and the lot could have put up if no one could touch them.

Len Dawson secured the first down that would ice a 17-14 KC victory. A late hit by Ben Davidson and the fight after resulted in offsetting penalties and a replay of the down. KC failed to pick up the 1st and the Raiders tied the game 17-17 on a Blanda 58 yard FG pic.twitter.com/EFBILtO7jG

Last edited 16 days ago by NovaChiefs
2

From the various 90s/60s teams down, I would rank them higher if they swept the raiders or not. That would be my tie breaker

Last edited 16 days ago by NovaChiefs
1

KISS has to be top of his list, we know that much already 🙃

Nope, not on the top of any list imho. 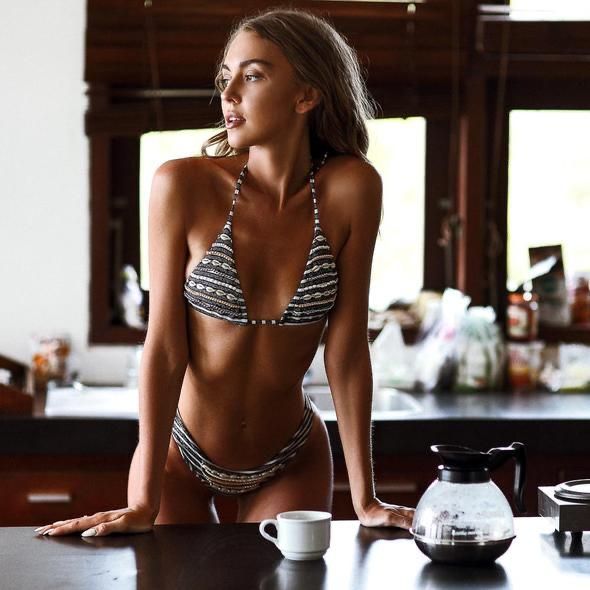 The Fonz talks about meeting Mahomes

I have to say, it is really pretty cool to see that someone who people remember meeting for their entire lives can still get that excited about meeting someone

Last edited 16 days ago by NovaChiefs
5

well yeah, he has Brittany

I meant The Fonz. Look at him. Hilarious!

Can you blame him?

He’s in the car, on his way to the game, and it’s THEN that he remembers his wife isn’t home?
He’s been married a minute.

Last edited 16 days ago by NovaChiefs
0

Just how big is his damn house?!

Not as big as that sky suite, apparently

So very cool! Rich was busting up at some of the story. How cool is that.

I want to hear Ernie the driver’s take on this.
“So I go to work and they want me to drive this old actor guy to SoFi. Great. Man, I hate SoFi. Traffic SUCKS balls. Everyone is drunk and from out of town. Anyway, I pick him up, Henry somebody, and he says “I forgot my wife is out of town. Do you want to go to the game?” How do you forget your wife is out of town? What the hell? Well, I gotta sit around anyway, and it should be a good game, so I sez sure, I’ll go with you. HE HAS SKY SUITE TICKETS! Unbelievable! We go down ONTO THE FIELD and he meets PATRICK MAHOMES! Mahomes give the old guy a jersey. Now, I’m googling the guy to figure out who he is. He played some “fonzie” guy I never heard of. Anyway, we watch the game from the Suite with Mahomes’ family.Tons of free food and drinks and I’m like I can’t believe I have to drive home and can’t drink!
It was probably the best day at work ever.”