Did you know that L’Jarius Sneed was a Kansas City Chiefs draft pick last season? Sneed originally entered the NFL as a fourth-round pick (138th overall) by the Chiefs in the 2020 NFL Draft. Did you know he became the first rookie CB to record an interception in the first two games of the season since CB Marcus Peters did so in the first two weeks of the 2015 season? Did you know that Sneed recently landed on the annual rankings of the NFL’s Top 100 players rankings that CBS puts out, currently piloted by Pete Prisco? Crashing in at number 100 on the list was indeed, L’Jarius Sneed and if you need to know why, I mean, if you really Sneed to know. Pete will tell you:

Some might be surprised to see him on this list. They shouldn’t be. As a rookie, he was outstanding in coverage for the Chiefs. In his second season, he will be a Pro Bowl player.

If Pete Prisco isn’t your style despite his very high Sneed praise indeed, consider the folks over at Pro Football Focus and their discussions regarding L’Jarius Sneed:

The grades, stats and tape all agree: No rookie held a candle to Chiefs’ cornerback L’Jarius Sneed.

If you don’t want to take some random sites word for it and want to look at how the Kansas City Chiefs themselves feel about Sneed on his own page at the mothership. Just take a look at this:

If you’re wondering about Sneed’s production before and after he was a Kansas City Chief and want to see details about his college and professional career stats and watch a few highlights, we have what you Sneed:

If you’re wondering about L’Jarius Sneed’s attitude and who he is as a person, it’s always a decent suggestion to follow them on social media sites. On Twitter, Sneed’s handle is Sneed@jay__sneed. Go ahead and give him a follow if you aren’t already. With Sneed, I don’t feel the Sneed to post too many of his tweets for you to get to know him, but I do feel like we do Sneed to get to know him a little better. Sneed kind of burst onto the scene out of nowhere last season and I want to know if he’s more parts — Marcus Peters or Marcus Cooper — and which one is more similar to the “NUMBER ONE” —38— that the Kansas City Chiefs are “Hangin’ with” in L’Jarius Sneed. Regardless of which comparison makes more sense for a cornerback that exploded on to the gridiron and instantly impressed the fan base of the Chiefs. Sneed has to continue to put in work in order to fight through the sophomore season slumps that a lot of second year CB’s face in the NFL. Luckily, there’s no Sneed to panic as Sneed would rather work for it.

I rather work for it, it’ll feel way better…

I know you Arrowhead Guys don’t Sneed any more sentences like this, but for some reason I felt like you definitely Sneeded it. Anyway, the Kansas City Chiefs really got a fourth round GEM when they picked up L’Jarius Sneed at 138. Also, I think it’s pretty cool that Sneed took number 38 as his jersey number and has that little correlation with his Chiefs draft history. But to be honest, even after putting this piece together–I still don’t know that much about him. His draft profile over at NFL was written by Lance Zierlein and has this overview about Sneed’s football career:

At only 24 years old, Sneed has a very bright future ahead of him. In the NFL, sometimes it takes a few seasons for CB’s to figure out the game and produce at a high-level consistently. With Sneed, he just dove right in and started picking off passes and forced himself into THE CONVERSATION with his natural playmaking ability that has been on display since he was doing it at Minden High School down in Louisiana where he was a two-way player. Over at LA Tech’s site, his history shows us these facts:

What you Sneed to know about L’Jarius Sneed is that he’s a baller and that Brett Veach and company deserve some props for drafting this young Chiefs player. Sneed was not extremely heralded going into the draft, his overall grade was under 6, and I think there was a little fear that Sneed was a tweener that had tight hips as a safety and wouldn’t be able to transition to cornerback at the NFL level due to his lack of burst despite his sub 4.4 speed. If Sneed hadn’t played safety his senior year at LA Tech and spent another year at CB, a team might have drafted him earlier. With the Kansas City Chiefs, they highly value versatility, so I think that experience was part of the reason Veach thought Sneed…Sneeded to be a Chief. Any other details you’re going to have to ask Jay Sneed yourself, and he’ll probably tell you that’s on a Sneed to know basis only. What everyone Sneed’s to know is that the Chiefs found a genuine Sneedle in a haystack when they drafted L’Jarius Sneed, and now I’ll Sneed myself out of here… What else do you Sneed to know? Last edited 6 days ago by pompano
2

I’ve been busy, most recently replying to someone who said I’m very unlikable. Part of that reply was informing the person that I’d let those who like me know that the commenter thinks you’re stupid for liking me. Oy.

And that was an ad hominem attack on their part, which is something I presume “likable” people commonly do. Not.

Ah, but which kind of ripe cheese? Cheddar, colby, havarti, cambembert, or parmesan?

I don’t want to clog up threads that are not O/T. I’ll be more active when the season rolls around in those.

everything is an OT after 3-4 hrs if there isn’t a new post.
Hell couple of my BS afternoon posts became the default OT by default,
also how do you clog up a 15 comment thread? 🙂

Ethanol as a fuel is…not even a fuel. I’ve known about that for decades, and why do I say that? Because it takes more energy to produce than you can get back out of it. That makes it more of a battery, and the same thing is true of hydrogen. What about coal and petroleum, one might ask, and the simple answer to that is “not really”, because that’s fossil energy, not manufactured in real time. If we tried to replicate those processes in real time, then that would also not be a fuel. Fissile uranium is an excellent fuel, dead carbon-neutral, and a whole lot safer than the public’s been led to believe, but unavailable – because that’s the policy of the “Greens”, too. No nukes, no fossil fuels, and no viable plan to replace either.

Last edited 6 days ago by BleedingRedAndGold
1

The quality of this version is horrendous, but I can remember watching this movie as an undergrad (in a Middle East politics course, no less), and ever since then I have been researching/advocating alternative energy. I’m a huge supporter of Tesla (regardless of Elon Musk as a person) and am looking into making my (eventual) home solar-powered.

I’m also curious about the viability of methanol.

Methanol is only viable in terms of using the waste products of the logging-lumber-paper industry group, unfortunately. Trees just take too long to grow. Bamboo, I dunno, but that would likely involve the use of food-production land to grow it, which is a problem with corn-based ethanol, too.

As for solar and wind, I have yet to hear that either one can pay back the energy it cost to produce the required equipment. That makes it simply a method to move the pollution around, not something truly carbon-neutral. That would change if a significant amount of that production power came from fission, but remember that fission’s forbidden. Just because you don’t see the pollution solar generates because it’s in another country doesn’t make the pollution go away, you’re just NIMBY-ing it and dismissing it, if you go that route.

Maybe graphene solar cells will change the game, but that’s a tech with a long way left to go. 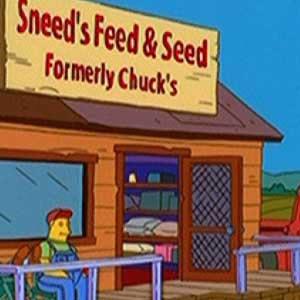 Excellent young player. Feel much better about our secondary when he and Thornhill are back there. Thanks CBO.

Lot of good info here. However with the overabundance of bad puns and wordplay, I think you sneed the last 10 seconds of this video as your closer.