Daniel Sorensen was born on March 5, 1990, in Riverside California.  He was raised by his parents, Kory and Roxann in Grand Terrance, California along with a sister and four brothers.  His older brother Brad Sorenson was selected in the seventh round of the 2013 draft and played three years in the NFL.

Father Kory coached all his kids in soccer, baseball and basketball but didn’t allow his sons to play football until High School.  He also didn’t want them to lift weights when they were kids.  Kory passed away in 2019 due to complications of a form of Parkinson’s disease.

Dan went to high school at Colton High School in Colton, California.  He was known as the toughest player on the field with a heart of gold off of it.  He chose to attend BYU, where in his 2008 freshman year he had a promising first year.  The next two years he spent on a mission trip in San Jose, Costa Rica.

He returned and continued his college career, steadily improving eventually being projected to be a seventh round pick in the 2014 draft, mainly due to his underdeveloped frame and below average speed.  He wasn’t selected in the draft and ended up signing with the Chiefs.  The reason he chose the Chiefs was because they had Coach Andy Reid call him personally.

He performed well in his first three preseason games in 2014 and was named the backup to Eric Berry to begin the season.  He bounced around between the practice squad and regular roster his first year, playing special teams. He wouldn’t get his first start until the 2016 season.  In 2017, he was once again the backup to Eric Berry, who injured his Achilles tendon in the opening game.   Sorensen became a starter and has been a steady presence in the Chiefs defense ever since.

Say what you want about the guy, but he has to be one of the most clutch guys we’ve had in recent memory

I’ve got Chris Jones holding on line three.
Love dirty Dan , and he does seem to over perform when the chips are down.
He’s made quite a nice living off the chiefs, although this is probably his last year.

Sorensen is amazing in big situations! 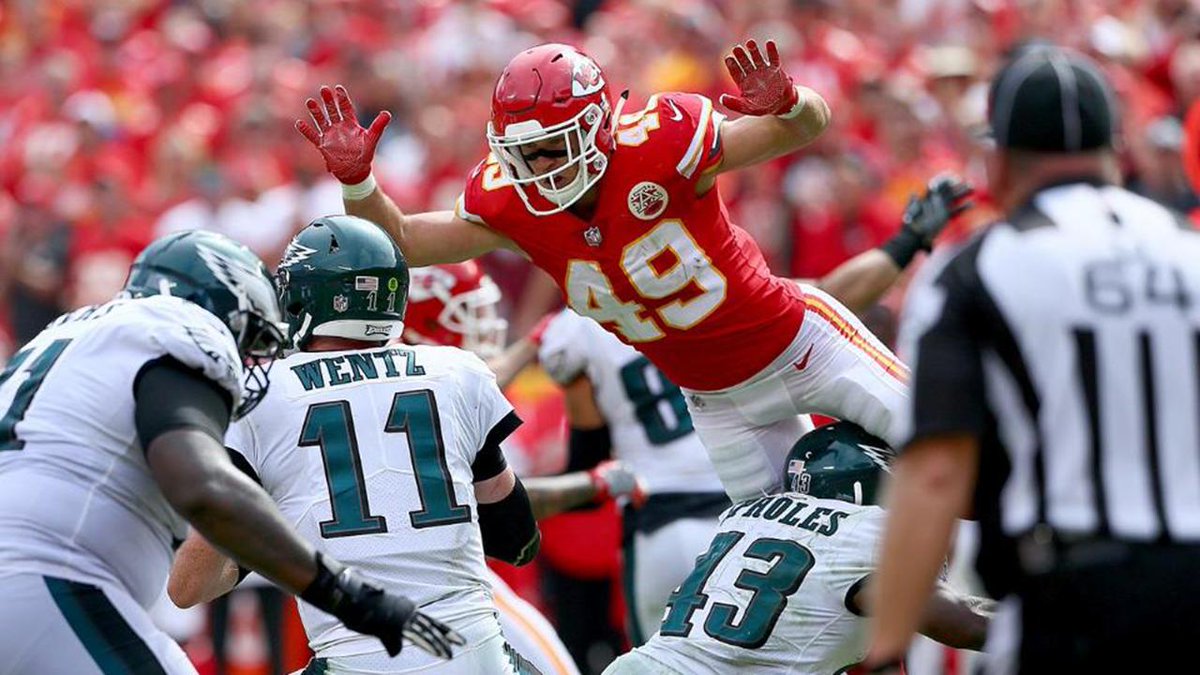 Agreed … I want to Hate Him, But , I Can’t LOL … He tangled The Browns QB Baker’s Feet causing the short throw / INT to seal last weeks Game … One of a handful of Impact Plays he Owns Late in Our Games … ; )

By Tony Sommer 8 hours ago

Did You Miss Me? 35 replies

@ArrowheadGuys Looked like Charvarious Ward to me. Looked like Ward let Brown go, and the safety tried to cover up the mistake, but couldn't get there.