(A Chiefs’ poem by 3rdnlong)

Bring it on!
Bring on the season!
Bring it on!
Give us a reason!
‘Cause Kansas City’s gonna beat everyone down.
And it all starts soon in San Fran town.

Bring it on!
Bring on the Niners!
Bring it on!
Ain’t no one finer
Than the Kansas City boys in red and white.
We’ll see San Fran and put up a fight.

It’s funny.  This is the team we saw
When we met in Miami and laid down the law,
After 50 years, taking our ring
In SB LIV, and doing our thing.

Bring it on!
Bring on the game play!
Bring it on!
Let’s have a hay day!
Even with vanilla plays in the preseason,
Niners won’t keep up with our scores increasing.

Bring it on!
Bring on some matchups!
Bring it on!
Niners can’t catch up
To Travis, Tyreek, Clyde, and our man Pat
Or block Tershawn, Frank, Reed or Chris Jones with the sack.

It’s awesome.  We finally get to see our team play
Against the 49ers to ruin their day.
Who cares if it’s preseason and backups do more?
Our guys are on the field to settle a score.

Bring it on!
Bring on the season!
Bring it on!
We have a reason
To win the championship!  Chiefs’ will attack!
And it all starts this week, ‘cause the NFL is back!

If you want me to make a song parody of a specific song, just request below in the comments section.  And as always, Go Chiefs! 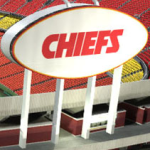 Hell ya, May be the best one yet and it kind of went along to the Dropkick Murphys tune …. Thanks 3rd ,
Football is back ……

Thanks guys! Not knowing the Dropkick Murphys or their songs, I’ll just have to take your word for it.

The song, more of just the beat. Was in the morning thread… it makes you read the poem a little faster, but what the hell do I know 😁

"Believe it or not, sometimes not putting your best effort forth in the regular season actually helps you to reach your goal."