Cause and Effect of the CBA and Skinny Jeans.

It’s fun playing arm chair GM and speculating on what player goes where. Who gets paid and who needs to take a pay cut.  But really, today we just can’t make good educated guesses because the CBA could wreck our plans.   How the CBA effects our management dreams can happen in one of two ways:

A) The salary cap stays like it has been and increases by a marginal amount. That could happen if the players say no, and the old contract is extended. Then all the talk of cutting our playoff star becomes logical.  We certainly want to try and retain CJ, and extend Mahomes.

B) The CBA has a dramatic effect on the salary cap and lets say “doubles” it!? (Yes, that’s an exclamation question. #Get over your grammar skills, this is a tweeting/texting world!?) NOW the Chiefs are no longer in Cap Trouble. In fact, current contracts become the bargain. Sammy can definitely stay for his little 21 million bills. CJ on the other hand looks like a genius and owes his Agent a debt of gratitude on interstellar proportions.  And that Mahomes character….40 mil done.

Who knows?  Until more info is available its the ultimate dreamers paradise.

I do know one thing for certain.  The Chiefs have a lot of questions concerning the roster.  27 free agent positions!  Really?  HELLz yes!  Either the Chiefs are going to show they went all Kenny Rogers and the chips were in for SuperBowl 54, or someone in that office is a mad genius and this roster is the way it is for a reason.  I mean either way is a win win in my book. But the real answers will be revealed when the players sign that CBA.  It could be disaster, it could be mind blowing fun.

Kudos to the World Champs.  B E A utiful!

Remember: Be Kind, Be Courteous. 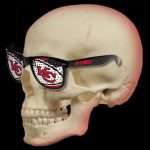 The CBA has a dramatic effect on the salary cap and lets say “doubles” it!? (Yes, that’s an exclamation question. #Get over your grammar skills, this is a tweeting/texting world!?)

You need an interrobang – ‽

Well arm chair gm’s…..The proposed CBA is not going to bring a huge windfall to the cap. Looks like an added 7 mil per team/yearly over the course of the 10 year lifespan. Could go up with new TV deals. Time to get back to wheelin and dealin on that roster.

“The players’ share of league revenue would remain at its current level of 47% this year, although the league would add roughly $100 million in “new player costs” for 2020. Starting in 2021, the players would be guaranteed at least 48% of league revenue. That number would jump to 48.5% in any season in which the league plays 17 games, and there’s an additional escalator that could push it even higher if the league makes a certain amount of money from its new TV deals.

The NFL generated an estimated $15 billion in revenue last year, so going from 47% to 48.5% means an extra $225 million per year for the players if revenues remain flat, which they are projected not to do.”-ESPN

I can’t stand to see grown men wearing those pants. Need to give them back to their sisters.