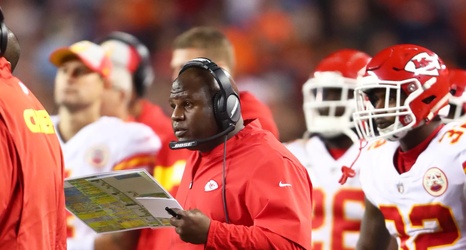 Eric Bieniemy deserves to be an NFL head coach.  This shines through in every interview and press conference he has had in this crazy NFL season.  He is deeply involved in play design and game planning.  If he doesn’t call all the plays himself (that process has always been murky under Andy Reid), he has a major say in what to call when.  It was telling that in the Super Bowl Patrick Mahomes was talking to Bieniemy rather than Reid about whether to try running Wasp.  Watching Bieniemy chew out the offense on the sideline after a bad series, then seeing how they respond on the next drive shows everything you need to know about his ability to lead and motivate professional football players.

After the 2019 season EB looked like one of the hottest head coaching candidates on the market.  Both of his immediate predecessors as Chiefs Offensive Coordinator, Doug Pederson and Matt Nagy, were hired as head coaches after two years as coordinators.  Neither was the primary play caller for the Chiefs offense, but both functioned in a very similar function to Bieniemy.  Both had been successful early in their head coaching careers.  Pederson had won a Super Bowl in 2017 and his Eagles were competitive in 2018 and 2019 despite a massive number of injuries.  Nagy went 12-4 with the Bears in 2018 and had Mitchell Trubisky looking like a reasonable facsimile of an NFL quarterback.  Hiring a Chiefs OC as head coach was looking like a sure formula for success.

It didn’t work out that way, of course.  Bieniemy got interviews but no offers, prompting many to look at the trio of Pederson, Nagy, and Bieniemy and sing the old Sesame Street song, “One Of These Things Is Not Like The Others.”  Realistically it was probably for the best, since the available head coaching jobs were, um, less than desirable.  And now Bieniemy is again integrally involved in running arguably the most innovative and successful offense the NFL has seen in a couple of decades.  But….

The Bears and Eagles are looking pretty bad at the moment.  Pederson has brought in so many different offensive minds that there isn’t any clear system in Philadelphia.  Carson Wentz has regressed horribly and the Eagles are 3-5-1 with a truly brutal stretch of games coming up.  Nagy has given up on the Mitchell Trubisky Experience and is learning that Nick Foles is a great backup but a bad starter.  Robert Mays of the Athletic (a long suffering Bears fan) called the Bears’ and Eagles’ offenses “A funhouse mirror image of the Chiefs offense.”  And this year in particular it does look like both teams have just thrown together a bunch of individual plays, each of which looks pretty good, but with no overall design to make one play work off of another.

But NFL owners have short memories and love hot new trends.  For a couple of years everyone wanted the next Mike Tomlin.  Recently anyone who has had contact tracing say he’s been close to Sean McVay is a hot prospect.  And right now hiring a Chiefs offensive coordinator is looking SO 2018. 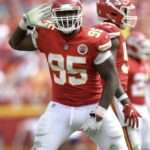 You probably have raised a point that likely influences owners more than racism, but I’ll add that the NFL has long been a copycat league, and that applies to coach hiring fads. McVay’s a good example of that, and the league took a few flyers in hiring head coaches that could be the next one, fit the profile, if you will.

Not all bad or unfair decisions are driven by malice, after all, and when they are they tend to be over petty matters when the intent isn’t criminal. We used to say “shit happens”, acknowledging that bad things can happen to us even when there’s nobody gunning for us, and that was a rarity. Now? Few say it because so many believe that they have bad things happen because someone was gunning for them, and that just ain’t so, not everything.

Then again, when you put your mind there you tend to treat whoever you consider to be “outsiders” to be an enemy until proven otherwise, you tend to create your own enemies, which is a self-fulfilling prophecy that muddies your viewpoint even more. Lather, rinse, repeat.

I don’t think it’s a coincidence that EB got passed over for a head coaching job last offseason and the league strengthened the Rooney rule and put rewards in place for developing minority coaching and front office people. Whether those changes will be subject to the law of unintended consequences remains to be seen, but Bieniemy’s situation appears to have been the tipping point. Given the choice of starting a franchise with Pederson, Nagy, or Bieniemy as head coach I would definitely take Bieniemy based on experience with all three in the OC role. At the start of this season I would have said EB is a lock to be a head coach in 2021. Now I’m not so sure and it has nothing to do with melanin content. It’s a very small club with arbitrary entrance requirements set by individuals who, despite their billionaire status, aren’t necessarily the sharpest knives in the drawer. At least when it comes to football personnel.

I think being a former RB and not a QB is what was holding him back.

He will get a shot this year.

he most certainly has EARNED a shot

Wouldn’t mind having another solid TE.

Former Titans' TE Delanie Walker, who took off last season due to COVID and to get 100 percent healthy, intends to play again in 2021, per source. 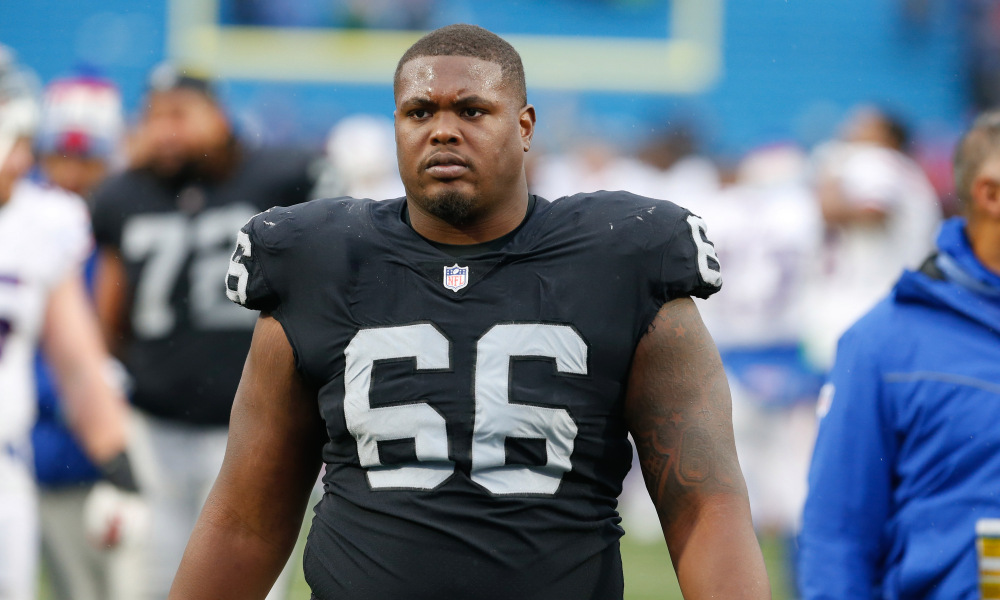 The #Raiders are cutting starting OG Gabe Jackson, per @JosinaAnderson

Sources: The Bills have submitted a rules change proposal to the NFL that would bar interviews for front-office and coaching positions until after the conference title games, and hirings until after the Super Bowl.

Owners could vote on it this offseason. Would be a BIG change.

No need to be concerned about the salary cap.

The Chiefs’ Salary Cap: $etting Up The Money Printer

How might the Chiefs' cap situation be addressed? Mitko's got enough thoughts to merit a miniseries.