On the bright side, Alex Smith returned to the field. His team is awful, of course, but his comeback after nearly losing his leg is absolutely incredible. I’m a huge Alex Smith fan and it’s great to see his work bear the fruits in a return to football. This way when he does decide to leave the game he can do it on his terms.

On the not so bright side. Everything else.

Although at least we’re not Jets fans. Or Dak Prescott, who is hopefully on the phone with Alex at this very minute.

In the world of not so great timing, at the suggestion of frequent Arrowhead Guys reader Venturachief, I decided that yes, let’s start keeping track of just how badly the Chiefs have dominated the rest of the AFC West. It turns out that the current Raiders streak was more enjoyable when it read L5.

Anyway, Super Bowls are not won or lost in October. Unless you’re the Raiders, who treated Sunday’s win like their biggest win in two decades. Which it kinda was.

For god’s sake, Raiders, you are professional athletes. Shouldn’t you go into each game with the expectation of victory? I actually hesitated to pass the news of the “victory lap” along because it is so absolutely embarrassing. Back in the age of penalties for excessive celebration this one would draw 15-yards, a fine, an ejection, and a stadium size dunce cap with the words “Lords of the Douchebags.”

No question the Raiders deserved to win. And as sad as it makes me to say, these aren’t the lovable pushovers from the last six years. Josh Jacobs is a helluva running back. Darren Waller is a legitimate superstar tight end. Henry Ruggs can fly. And Derek Carr… well… he’s still definitely not worthy of this.

As the old proverb says, “Luck sometimes visits a fool, but it never sits down with him.”.

Carr was lucky that when the Chiefs decided to play their worst game of defense in two years, he happened to be the quarterback. And he has some playmakers around him, covering his many deficiencies as a franchise quarterback.

Mamba Mentality. Victory laps in October. MC Hammer giving Carr shout-outs. Pride cometh before the fall, and that coming fall is going to be glorious to watch.

Up next: Bye week, followed by hosting the Buccaneers

That uniform combo is near perfect. Kenneth Murray is going to be a great linebacker for years to come. They have the more likable Bosa. Justin Herbert is a ton of fun to watch. (That first TD pass on Monday was absolutely beautiful).

Dammit, Chargers, you’re making it really hard to hate you.

Staying away from Chargers fandom, however, is as easy as it’s ever been.

The Chargers are now 3-13 in one score games going back to last season and have lost three games this season that they were leading by double digits.

Everyone agrees that Anthony Lynn is a nice guy. But is anyone really this nice? This isn’t a Texans or Falcons situation. And it feels like no one else in the NFL should lose their job until at least Adam Gase does. But at some point the Chargers have to take a long look at Lynn. When you get blown out week after week, your team just sucks, but when you lose close games week after week, you have a head coaching problem.

I’m not an Anthony Lynn hater, but his greatest successes as an NFL coach has been with running backs. Fred Taylor, Jamal Lewis, and LeSean McCoy all had big years when Lynn was their running backs coach. But helping Taylor break 1900 total yards in 2003 does not make someone a good ward of a young franchise quarterback in 2020.

We’re obviously all huge Eric Bieniemy fans, who also started as a running backs coach. But he’s been the OC of a great offense with a great young quarterback. When Lynn was hired by the Chargers he’d been an OC for one season of Tyrod Taylor-led boredom.

And yes, these late game collapses are on defensive coordinator Gus Bradley too. But the head coach is ultimately responsible for the copious amounts of alcohol, antacids, and self-loathing required to be a Chargers fan.

Justin Herbert is the future in Los Angeles. Anthony Lynn is not.

Up Next: Bye week, then hosting the Jaguars

When the Steelers lost their bye week because of the Titans’ numerous COVID cases, head coach Mike Tomlin was very clear: “We don’t care.”

When the Broncos lost their bye this week because of multiple positive tests in New England, head coach Vic Fangio said: “You see who the whiners are, who the bitchers are, and who can handle the adversity. I will make sure that the Broncos are able to (handle adversity).”

And as you pointed out, Justin, your injury situation is pretty bad. This gives your secondary mate, A.J. Bouye, an extra week to get healthy. Noah Fant, Drew Lock, and Phillip Lindsay are all also trying to get healthy, and all now have another week to do so.

And with Melvin Gordon being charged with a DUI (breaking news on Wednesday) he’s likely to get a few more unscheduled bye week’s courtesy of the NFL.

A week 5 bye week isn’t ideal, unless you’ve suffered more than your fair share of injuries, and that is definitely the situation in Denver.

A (too) large number of Broncos fans think the entire league should create a week 18 and have the Broncos play the Pats then. This would, however, give them two bye weeks this season (week 5 and week 8, their originally scheduled bye) while removing the advantage of getting a bye in the playoffs for a team that is definitely not going to be Denver.

One genius even thinks Denver should be given compensatory draft picks in 2021 because of getting two fewer days off than originally planned. As if giving John Elway more bites at the apple is going to change the result. So silly. So naive.

The Chiefs spent more than a week trying to identify the moving target of their game with Buffalo, who spent an equal amount of time trying to figure out if and when they would play the Titans. Not a single whiner or bitcher in the bunch.

I never thought that Vic Fangio would emerge as my favorite Bronco, but anything is possible in 2020.

Up Next: Visiting the Patriots 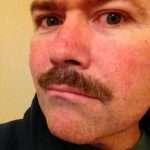 yanno what? you’re absolutely right: Super Bowls and Championships are NOT won in October, so let’s dismiss with the talk and idea that the Chiefs are automatically some sort of superhuman gods sent to destroy the NFL on a whim with the wave of a hand … ain’t happenin’ (as we’ve seen) and already KC has been pushed by a Brady-less (and Newton-less) Pats team, and pretty soundly knocked off by a Raiders team that clearly played better on Sunday

it’s all good, it’s fun, but wow … as of now, this KC team isn’t some Dynasty Monster that’s going to sweep away other teams like dust … football just ain’t like that, never has been, probably never will be (can KC win it all again? absolutely! will they? who the hell knows!)

And barely pulling out a win at the chargers… don’t forget that shit show either..

yup … for all the homerism around here (and elsewhere, of course), all the hyped-up hype, the Chiefs have actually been closer to mediocre than world-beaters overall

By Tony Sommer 9 hours ago

The Chiefs Took What The Bills Gave Them 5 replies

By Daniel Harms 12 hours ago

Instead of the overplayed Thunder & Lightning, I like "Slip and Slide" better

You get a QB-TE combo. Who you taking?