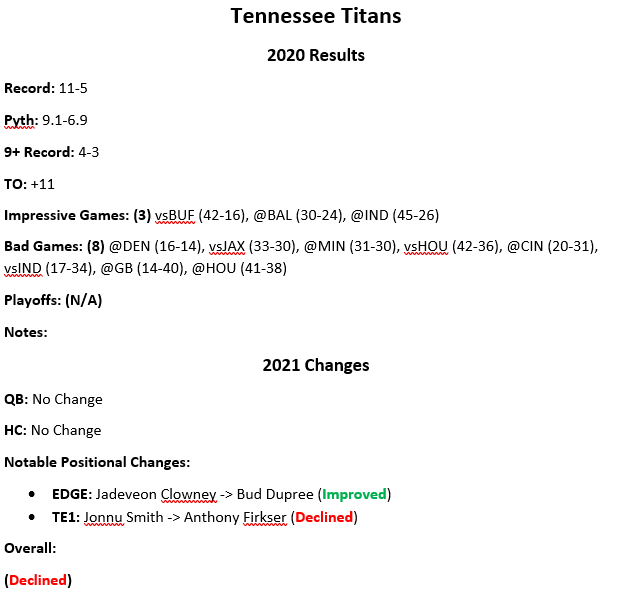 Like the AFC North, the South is a division in decline, where none of the teams look particularly strong. The Titans declined from their 2019 peak last year, and they look to decline a bit again. This is what happens when you have an expensive mediocre quarterback and depend on the running game in the modern NFL.

Although I’m picking them to win the division, there’s a very real possibility that they lose double-digit games and open the division to one of the other teams. 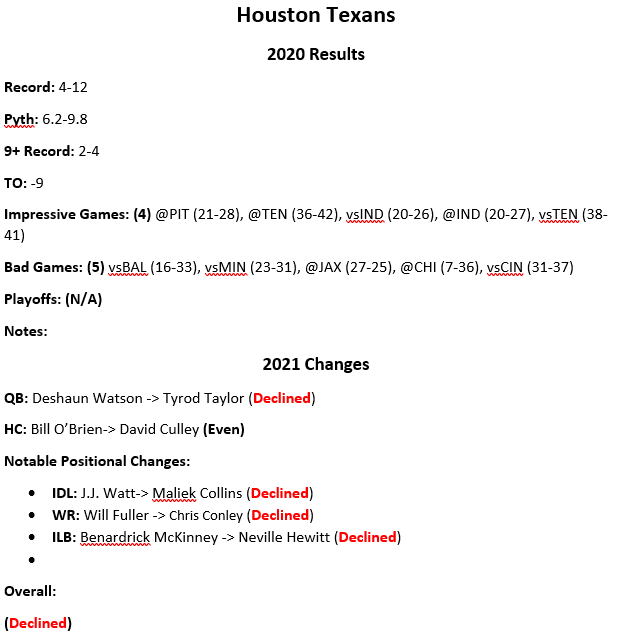 Most people think the Texans will be playing for the top pick in the 2022 draft, and it makes sense. They went 4-12 last year and have (presumably) lost Watson, but they weren’t quite as bad as their record indicated (looking at their Pythagorean record and turnover differential), and Deshaun Watson is overrated so losing him won’t be quite as big of a deal as people think. Taylor isn’t as good as Watson, but the gap isn’t that big.

If the Titans are worse than expected, and the Texans have a couple bounces go their way, they might actually find a way to have a home playoff game. 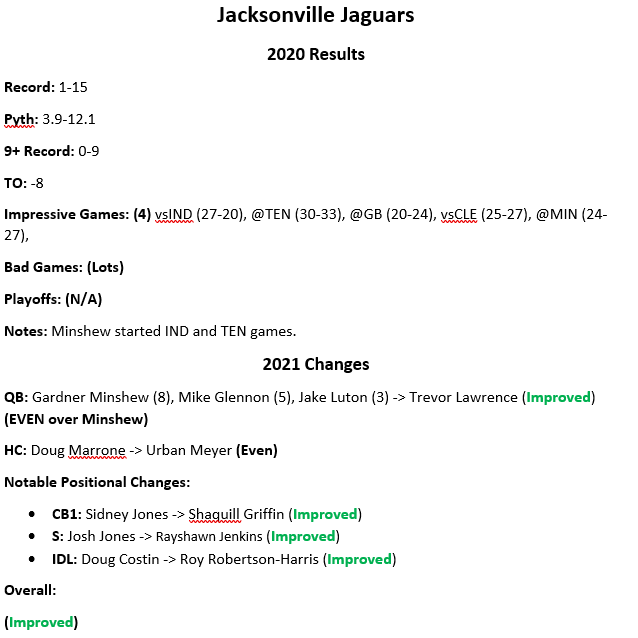 I don’t see Lawrence being much of an upgrade over Minshew, but he should be an upgrade over Glennon and Luton, plus the Jaguars made other upgrades on their defense. I doubt it’ll be enough for them to compete this year, but given the weak division they actually have a chance of making the playoffs. 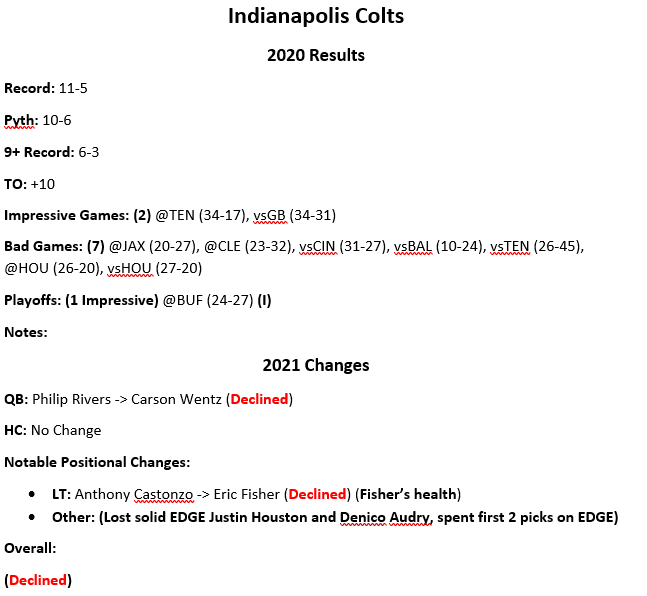 People love the Colts, but I don’t see it. Is it because everybody assumes Wentz will be good? As I explained last week, that’s not likely to happen. You can see that the Colts had an excellent turnover differential last year, so what’s going to happen now that Wentz, who had 15 interceptions in 12 games last season, is starting for them? But they also have some smaller issues. Long-time tackle Castonzo retired, and they replaced him with a man we all know, in Eric Fisher. He can be an adequate replacement if healthy, but given that the Chiefs chose to release him and spend valuable draft capital on a replacement, that should speak volumes on where he’s at. They also lost their two starting edge rushers, and while neither one was a star they seem to be replacing them with rookies, which is a risky strategy.

There is some uncertainty with the Colts, but I’d argue it’s more likely they’re picking top 5 in the draft than it is that they make the playoffs.

If the Titans end up with Julio, they’re going to be–good. I think our playoff feud with the Texans is over. The Colts and The Jags need QB’s to exceed all expectations for basic success.

This is the Titans division to lose and they might. I really like Vrabel and wish him well, just not in the Playoffs.

Could someone please pass me my monocle..🧐..? 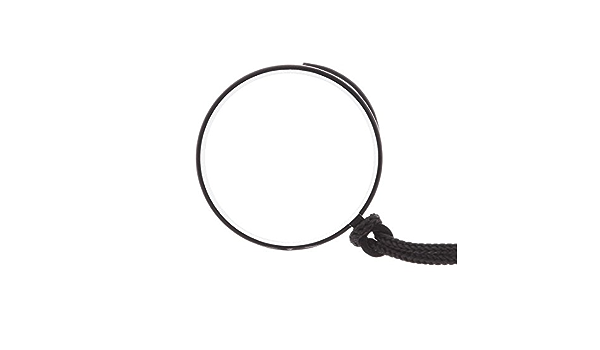 It’s interesting that this was one of the examples of the Mandela Effect in an article I was reading the other day. According to it, the Monopoly guy never has had a monocle. Nevertheless, you can get tons of folks who are sure he did. What does Arrowhead Guys say about it?

I’m starting to second guess putting Houston over Jacksonville. That Houston defense is going to be a disaster.

and no telling what the offense will do … IOW, who the QB will be

I’ll respectively disagree. Wentz has been ham strung with no targets and little running game at Philly. When your leading RB has only 300 rushing yds more than your 2 QBs then you have a problem running the ball. Wentz now has an OL that can pound the rock and Indy will challenge the Titans for first in the AFC South. The Texans were gawd awful bad. The Jags will be the third place team and due to schedule will be 6 – 11 and be surprisingly competitive in their losses.

Pretty much agree with everything said.