Each week we’ll look at 15 important stats from the previous game as well as for next week’s match-up.

Fans allowed in the stands for the game. A typical Chargers home game

Rush yards by Clyde Edwards-Helaire. The only running back to eclipse the 100 yard mark week one.

Sacks by the Chiefs last game

300 yard passing game in Tyrod Taylor’s career. (Needing overtime to do so)

Rushing yards by the Chargers in Week 1

Yards per rush allowed by the Chiefs in Week 1

Receiving yards by Sammy Watkins, the most by a KC player in Week 1

Receiving yards by TE Hunter Henry, who led the Chargers

Yards given up by the Chargers after taking the lead against the Bengals with 8:56 left in the game.

More rest days the Chiefs have over the Chargers 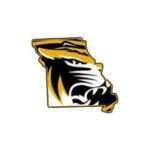 I’m thinking that should be combined Super Bowl championships, because we’ve been in 3 and the Chargers in 1. (Nit picky, I know.)

No fans is a huge downside for the Chiefs. The Chargers games are almost like a Chiefs home game. Huge Chiefs contingent out here in the L.A. area.

Last edited 3 days ago by venturachief
4

I forgot how old Tyrod Taylor is. He technically has a Super Bowl ring with the Ravens.

Correct. I wasn’t able to get to it to correct it. Just pretend it says ” leads the league in rushing”

Bravo – lot’s of spice in that take. I particularly like the fan count, combined TD, and combined SB stats. Well done!

I think home-field advantage is going to be almost nonexistent this year with limited or no fans in the stands. Teams still travel but there are not going to be any forced false starts or delay of game penalties due to miss communications by the offense.

The travel aspect shouldnt be overlooked though. Especially considering that teams have been modifying their typical travel arrangements.

By Mitko 1 day ago

By Tony Sommer 1 day ago
wpDiscuz
9
0
Would love your thoughts, please comment.x
()
x
| Reply
Comment Author Info
You are going to send email to
Move Comment