The rumors around a potential Watson suspension are starting to indicate that he will be suspended, but for less than a season. The Browns signed Josh Rosen, which is very much a move indicating that they think they’ll need quarterback help, but they don’t need that much quarterback help.

I too would like to prove I belong in the NFL. But giving me a contract would be about as dumb as signing Rosen. https://t.co/oJrF2l6XAp

Many people have pointed out that a short suspension is actually worse than no suspension at all. A suspension of zero games wouldn’t necessarily be a comment on the crimes themselves, but on the evidence. It would send the message that the NFL simply couldn’t find enough evidence to justify a suspension. While this would still be a ridiculously terrible statement, it would be better than hand waving away sexual assault, which is what a short suspension would be saying.

Any suspension at all would signify that the NFL could determine that Watson did something wrong that was worthy of punishment. But if that punishment is short (like less than a season) they would say that despite believing that Watson did in fact commit these crimes, they’re not serious enough to warrant much more than a handful of games.

So if it does come to pass that Watson is given a short suspension, fans will be rightfully upset. On top of being upset, they’ll be frustrated. The NFL will continue going out and printing money while protecting a serial sexual predator. Are we really supposed to stop watching our favorite team, that had nothing to do with it, to send this message?

Instead, there’s a compromise solution. Instead of boycotting the entire NFL, simply boycott the Browns. This is obviously much easier, as we wouldn’t watch Brown games normally anyway. But when they’re on national television, in 2021 that will be the week 3 Thursday game against Pittsburgh and the week 8 Monday game against the Bengals, refuse to watch.

If the NFL saw that ratings declined for teams like the Browns who traded for, and gave massive contracts to, serial sexual predators then they will be much more motivated in the future to deal harsher punishments to those players and prevent them from getting on the field, which would in turn motivate teams not to go out and sign those players.

I don’t understand why this Watson thing is such a big deal. We have a former president that said if you’re famous you can grab’em by the ….. Seems to me Watson just took him seriously. 😁

did he sexually assault someone other than doing indecent things in their precense?

Have no idea. Haven’t really followed the story.

yeah, well … said former President was just as wrong and should have been boycotted by voters, so there’s that

will be interesting to see what Cleveland fans do once the season starts (and, of course, depending on what, if any, suspension is handed down by the league)

personally, I’m dubious of much happening considering the lack of transparency and action on the whole Snyder/Redskins affair that went on for YEARS

From Inside Training Camp Live on @nflnetwork: #Chiefs LT Orlando Brown will not report to training camp tonight. No surprise, as this has been the expectation. So don’t expect Brown anytime soon in St. Joseph, MO, he tweeted without hesitation @AndrewSiciliano @RapSheet pic.twitter.com/TwBWEOB51S

Last edited 2 days ago by gonzangkc11
0

Fisher was an asset in run blocking, featuring a PFF run blocking grade of +73.3, his pass blocking was below average (with a PFF pass blocking grade of just +61.0)—as he allowed 41 total QB pressures and 7.0 sacks in 490 total pass blocking snaps in 2021.
.
Still not too far removed from his late 2020 season torn Achilles, it appeared as though Fisher’s quick twitch athleticism and lateral quickness weren’t quite all the way back for the former #1 overall pick—but both could still improve the further removed he is from surgery.

This was his first surgeon: 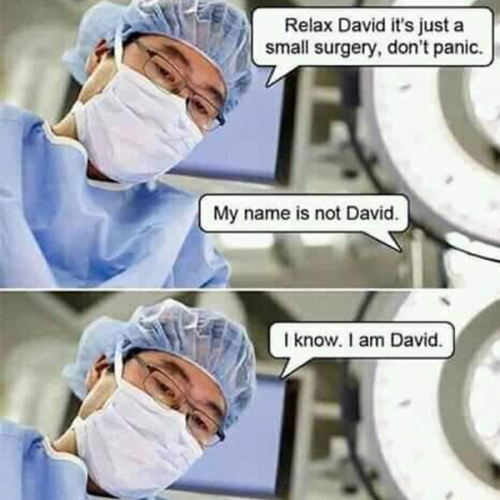 Unfortunately, unless we want to forgo Chiefs football (an I don’t see any reason to punish the Hunts or Chiefs for the sins of Cleveland), not much.
I wasn’t going to give any of my money to the Brown’s anyway. I can avoid all other NFL, but again, wasn’t going to be spending anything with them not Chiefs related.
This is kind of on Cleveland. If he starts after 8 weeks, and they sell out, then Cleveland doesn’t care. If his jersey sells, Cleveland doesn’t care.
I can’t boycott his sponsors. He doesn’t have any left that I know of. I can refuse to watch any game he plays in, and might do that. That would get their attention if every Browns game had X% less viewership.
Can’t think of anything else.

All civil proceedings. I think Watson deserves a medal

and really, who gives two F**KS about how some famous multi-millionaire chases pussy?

in that case, maybe one should ask: who gives a FUCK about how some famous multi-millionaire plays football? or plays golf, or frisbee, or if he gets married or buys his wife a car or what EVER … why should we give a rat’s ass?

I realize you are being flip, but that’s about the stupidest thing I have ever seen you type.

you are right about one thing.

can you answer my question? Do you know if there are criminal charges?

I don’t pay any attention to Watson and a bunch of bitches saying stuff for $$$. Not interested The subject is not important (unless it’s in ArrowheadGuys)

No, no indictments were issued. Not saying there won’t be, but with all the settlements I’d say unlikely.
I’m only paying some attention, so I know broad details only. Still, saying he deserves a medal?
30+ women accused him of the SAME thing. He might not have forced himself on them, but what he did was clearly not welcome.

as much money as Watson has he sexual assaulted me, too! At which attorney do I apply?

Given your selection of postings, this attitude is no surprise

and Tony accused Watson of being a “serial sexual predator”

That might be a little strong, but he’s clearly a serial offender

and I often think you’re stupid too.

and you just proved it

Snappy comeback, there, Zulu. Hope you didn’t miss any work putting that together.

You are really good at this.

damn, where’s the DV button when you need it …

I want the suspension to be for the whole season. Then I want him to sue. Then the NFL should allow him to play until his court date. Hope the court date is for after the end of the season. Watson loses and gets suspended for the entire next season, then he loses a lot more money.

It may rub Watson the wrong way, but that is what got him in this situation to begin with.

I can’t remember the details of it, but Ray Rice was suspended and then never re-signed. Similar to Adrian Peterson (who, I believe, played a smattering of games after the suspension was lifted). I don’t believe they were suspended for all that long (though again, I can’t recall exactly), but I also believe enough damage was done to their careers to where they could never catch on anywhere else.

That refusal to re-sign these two players may speak more to team owners than to the league as a whole, however. I’m not sure what league ownership/commissioners as a body will do vis-a-vis Watson, but I don’t think he’s going to play in the NFL again, even if his suspension is short.

Last edited 2 days ago by Nasrani
1

Peterson signed with Washington. Someone else, too. He came back, he just didn’t have any juice left.
Cleveland is so far in debt to Watson, they can’t let him sit. The only chance they have is if SOMEHOW they can negate that contract.