Yes the Chiefs had a rough game on Thursday, but the sign of an elite team is having a rough game against a quality opponent and still winning. And not just winning, but making it not even particularly close (my definition of close is having the ball with an opportunity to tie or take the lead at the end of the game).

One issue is that we’re starting lose players, especially on defense. As of writing Butker is still day-to-day, while Willie Gay and Trent McDuffie are both out multiple weeks. I don’t think they add up to enough to make a major difference, but it’s something to keep an eye out for.

Last week I was about to move the Packers down, until I remembered that they always struggle in week 1. I’m glad I did as they looked like themselves in their annual tradition of beating up Chicago on national television.

This is why I didn’t panic drop the 49ers. Their 27-7 win was even bigger than it looked since the Seahawks scored their 7 on a blocked field goal. As for Trey Lance being injured, I never considered him to be any better than Garoppolo so it doesn’t effect their ranking. Their loss against the Bears was an obvious fluke.

People were upset about me ranking the Bills low, but the reality is that they are pretty firm in this tier while the teams above them were not. In short I do think the Bills were better than 5th, I just didn’t know which teams will end up dropping below them. As long as they keep doing what they’ve done the first 2 weeks they’ll rise as the teams ahead of them drop.

Ranking the Eagles this high is a sort-of bold choice, which is why I was so eager to see them play an actual quality opponent in the Vikings, and if anything they made me look bad for not ranking them higher. I’m not quite to the point of putting them in the contender category (they were playing primetime Kirk Cousins after all), but they’re very close.

Yes the Raiders lost, but the Cardinals aren’t as bad as the Chiefs made them look and the Raiders were the better team that lost on a super flukey fumble. But 0-2 isn’t a good look and they need to start turning moral victories into actual victories.

A big move for the Dolphins, although most of that is just the other teams looking less than impressive. But going into this game I thought it would answer a lot of questions for both them and the Ravens and it did.

When you have a game where there’s a huge comeback like this it’s usually clear that one team is better, but the other team got a bunch of fluke plays to either build a big lead or to overcome the lead. For example, in the largest comeback ever between the Oilers and Bills the Oilers were clearly the better team, but suffered a ton of injuries which allowed the Bills to come back. When the Chiefs came back against the Texans in the playoffs the Texans had built that lead on the back of a number of fluke plays so when they ended the Chiefs’ superior talent came through.

In this case, both sides got fluke plays, but the Dolphins were clearly the better team in my mind. The Ravens got a kickoff return touchdown, a fluke interception, and most of their offense was on a handful of big plays like a long Lamar run and a slant that went the distance. On the other side Tua, while not as good as the statline, actually looked like a real quarterback and was able to consistently take advantage of Hill and Waddle’s talent.

That being said I’m still not 100% sold on the Dolphins. One game is one game, and while Tua did look better it could easily be a fluke in itself. But for now I feel better about them than anybody below them.

I’m not fully giving up on the Bengals yet. Losing to both the Steelers and Cooper Rush Cowboys is brutal, but they were both extremely close. I still think they have a chance to figure out this offensive line issue.

After the draft I had the Bronco’s ranked 20th, a ranking that I decided to back track on. I could maybe excuse losing to the Seahawks as a fluke game the Seahawks were pumped to win. While the Broncos did beat Houston, it was way more difficult than it should have been for a team that considers themselves a contender.

I hate overreacting to 2 games here with the Colts, but what am I supposed to do? They have played 9 quarters of NFL football (well, 8.7 but we’ll round up) and have scored 0 points in 7 of them. And it’s not like they were going against great teams. The Texans look as horrible as always and while I do think the Jaguars are improved they’re still not exactly contenders either. At this point just playing the Chiefs close will be seen as a major victory.

The Giants may be 2-0, but I am completely unmoved. They remind me of the Panthers last year. They started an even better 3-0, but I refused to rank them higher and eventually they proved me right. Maybe the Giants actually are good, but it’s going to take a bit more until I buy into them. 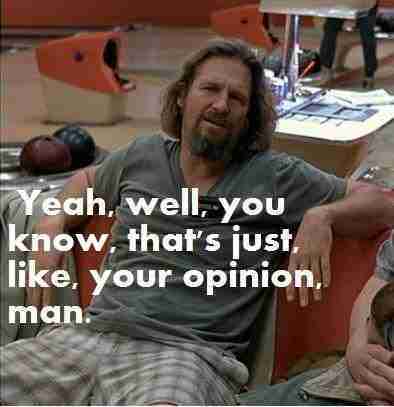 Tony, I could agree with you but then we’d BOTH be wrong

no, Bills should be #2 right now and it’s not even close

Yeah, but have you considered Aaron Rodgers? He’s pretty good.

well, I think I *did* hear that he’s “on a whole ‘nother level” but one has to consider the source (did you say lizards?)

Rodgers is a headcase. I could be wrong, but it seems like he doesn’t take any responsibility for when his team fails. This is obviously just an opinion.

Last edited 8 days ago by probablyamistake
1

True, but he is good at football.

They have a longer track record of being really good than the Bills. The Bills are clearly a good team, but are they at that level? Maybe, they’ve looked it the first 2 weeks. But the 49ers have looked it the past several years, so they get the spot for now.

they get the spot for now

Last edited 8 days ago by upamtn
0

I’d take the Chiefs, Packers, Chargers, Bills, and possibly Ravens/Dolphins/Raiders (depending on the week) above the 49ers. They don’t have a great QB, and I haven’t seen enough to believe that their defense and run game is good enough once again to carry the team.

I think the Packers, niners (with garrapolo), and eagles are the top 3 NFC teams. They should all probably be ranked around 15 or so

They should all probably be ranked around 15 or so

tell us how you REALLY feel … (so very generous of you)

I’m a give ’em all Top 10, but overall I think the AFC is a stronger conference (right now) … then too, I’m biased (just a tiny little bit, maybe?)

It will be interesting to see how it plays out. I was looking at the schedule this weekend and the 49ers are only favored by 1.5 over the donkeys.

I think this is the end for Rodgers. Yeah they killed the bears but their best wr might be Sammy Watkins which doesn’t bode well for them.

This is the end for Brady. We’ll see if he lasts the year.

Eagles are intriguing to me. They came on strong at the end of last year and are starting strong this year, but I need to see more.

I wouldn’t call the raiders fumble flukey. I mean Renfroe fumbled 2 plays before and Carr nearly threw a pick the play before. Teams with shitty QBs and coaches find ways to lose.

Since writing this I watched Bengals-Cowboys, and those teams are hard to read. The Bengals can be good as long as Burrow isn’t being harrassed. Were these first two games a fluke in that regard or is it going to be a consistent pattern?

Also Cooper Rush wasn’t completely terrible, but he had a lot of dropped picks. I could see him being a disaster or being better than expected depending on if those dropped ints turn into actual ints.

Not sure where I’d rank the Bengals, but I don’t think there’s more than a 0.00000001% chance that they represent the AFC in the Super Bowl again this year. It took the perfect storm of a Chiefs team coming off a huge emotional win, Andy Reid forgetting how to play call, and Mahomes channeling Derek Carr for a half for them to get there last year.

By Tony Sommer 6 hours ago

The Chiefs have added CB Nazeeh Johnson to the active roster from the practice squad. He takes the spot freed when the team released LB Elijah Lee.

Lee has returned on the practice squad and joins new K Matthew Wright.

Harrison Butker will return to practice today for Chiefs

The league has still has not informed the Chiefs as to what Chris Jones said to Matt Ryan, per Andy Reid.

#Bucs OLB Shaq Barrett says he doesn't see too much of a difference between the #Chiefs offensive line in the Super Bowl and the one they're playing against on Sunday. He thinks they have the advantage and the defense can have a coming out party.

Good morning everyone. Happy Hump Day. We shall see where the Chiefs/Bucs game will be played. #MorningHuddle