Today in Chiefs history, Art Still was born in 1955. For the moment, that’s it. Watch this space if anything else comes to our attention. We told you to watch this space: In 2009, the Chiefs retired Derrick Thomas’ number 58 at the Chiefs game vs the Broncos.

In other historical news, in 2006, NASA released pictures showing that there had been recent (in the cosmic sense) water on Mars. 1973, Gerald R. Ford took over being VP because Spiro Agnew decided it wasn’t worth jail. In 1969, violence at the Altamont rock festival in Livermore, California, climaxed during the Rolling Stones’ set when a concertgoer was fatally stabbed by a member of the Hells Angels motorcycle gang, which had been hired as security. In 1933, the US Supreme Court ruled that James Joyce’s Ulysses was not obscene, just really hard to read. In 1917, Finland declared its independence from Russia, and finally, in 1907, An explosion in a coal mine in Monongah, West Virginia, killed more than 350 people, many of them young boys. For years afterwards, Catherine Davia, the widow of one of the workers, would go to the mine each morning and take one bag of coal, telling the company men they owed her that much.

Let’s start our news roundup with this tidbit…

The Kansas City Chiefs lost to the Cincinnati Bengals by three points for the third-straight time in less than 12 months. During that short period, this has developed into a bit of a rivalry for KC. In Week 13, that rivalry grew, and it all began with Chiefs safety Justin Reid.

During the Kansas City Chiefs’ 27-24 loss to the Cincinnati Bengals in Week 13, the Bengals put on an acting performance that had social media up in arms.

Speaking on NBC’s Football Night in America, Dungy observed that the Chiefs might not have it in them to survive playing in a shootout every week, and that if Mahomes doesn’t get just a little bit of help from the rest of the team, then they may not have the ability to make it through the playoffs

Cincinnati became the first franchise to ever beat a Chiefs team led by Patrick Mahomes three times, including playoff games. Naturally, the Chiefs’ star quarterback fielded questions after the game about why his team has been unable to get past this Bengals squad.

The defense played 17 more snaps compared to the offense this week. It speaks to the inability of the offense to sustain drives and get things done in the red zone. It also speaks to the defense struggling to get off the field and extending drives for the opponent with costly mistakes.

Here are some quick notes from the game

Much to Nick Wright’s frustration, for the 3rd-straight time, the Cincinnati Bengals found a way to best the Kansas City Chiefs. Nick gives credit to Joe Burrow’s Bengals, and admits the right team won, but also breaks down what was most disappointing about the Chiefs’ performance, including Andy Reid’s questionable decision to take the ball out of Patrick Mahomes’ hand

.@getnickwright is still ALL IN on the Chiefs 👀

"I guarantee you Kansas City is running the table the rest of the way." pic.twitter.com/atuD6wTh8b

Nick is the biggest Mahomer out there, which is hard to do.

He’s from KC, right?
He can drink more kool-aid than anyone here

That Bengal who was faking the injury must have been watching too much of the World Cup. Men’s soccer (futbol) is weird, in that if you sneeze in someone’s general direction, they go down trying to draw a penalty. Sometimes it works, other times it doesn’t.

(I say men’s because, well, women’s is generally different; one of the women’s players could run across a land mine, lose a leg, and still be out there playing.)

I bet the NFL is pretty proud of that one.

Clearly should have been a delay of game penalty

I can understand why it wasn’t, but it should be fined after the fact.

Welp, for me the problem with this team is pretty obvious. We are weak at the line on both sides of the ball. We have the skill players on offense for a dynasty. We don’t have the players at the line to accomplish that. I’m not even sure we can get back to the SB this year because of it. We’ve already lost to our two main competitors this year (just like last year). Some want to say Cincy doesn’t have our number? Fine. How bout this, they match up really well against us? When we play them they play better? Or maybe they’re just a better team? Soon to be determined.

Mahomes nominated for Walter Payton Man of the Year.

Last edited 2 months ago by Nasrani
6

I’m saddened, though, by the Saints difficult loss last night to the Bucs … a heart-wrenching defeat, truly

Rudolph, man, your claim to fame is a light bulb and a funny name

If I did my tiebreaker analysis correctly, the AFCW division race looks like this:

In short, a Chiefs win and Chargers loss clinches the division. 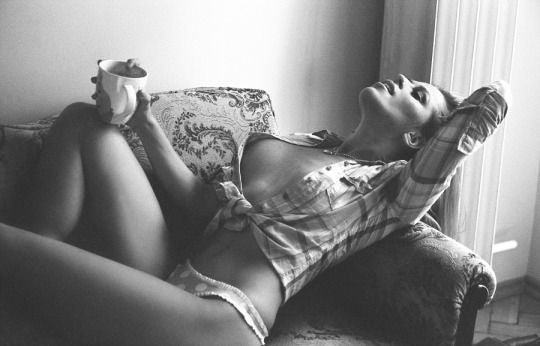