During the divisional round game against the Jaguars Mahomes suffered a leg injury that looked bad, and indeed during the game he was clearly effected.

But since the game ended it’s been good news. First it was reported that Mahomes was walking around normally in the post-game locker room.

Then the next day we got a couple of more pieces of good news. Not only was Mahomes feeling good, but his MRI came back negative for anything more than a sprain.

I’m guessing Clark will beat the drum again. Wish he’d pass it on to a non-Hunt person.

I’m glad to read the notes above that Mahomes’ ankle isn’t as bad as might have been. As for my long comment earlier I simply felt it needed to be said and I appreciate the responses. Mahomes is special, the Chiefs are awesome and Arrowhead will be rocking on Sunday.

And your comment is tomorrow’s post, with the usual linguistic massage and a few choice words by me. Lord knows I’ve written worse, and more than once, too.

Does that mean I get some kettle corn?

Talk to Tony, but don’t expect him to share, lol.

Ya, no, just kidding.

You get exactly what I get for doing the Huddles.
You get to wash Tony’s car.
And, no, you can’t retract it now.

While this is a pair of Germans talking German politic, it’s very much in the context of Ukraine vs Russia. Interestingly, their talk reveals a ton of stuff about the situation, but wasn’t the important point, quite. 27+ minutes, highly recommend the whole thing. Very information-dense without getting technical, all in English.

I hope they open the floodgates on the Leopard tanks soon.

Not soon, leadership’s too indecisive. It’s a pity politicians take their cues from public opinion for PR reasons, but taking the wrong stand’s now a career death sentence. To paraphrase an old saying, success has a thousand fathers, failure is an orphan.

Credit to Zelensky, on that point. His political career means less than his nation’s future. Moral courage is hard to come by, especially at that level.

They will soon get a TON of other hardware from various nations, so that will give them a nice boost going into spring/summer. I expect a massive Ukrainian offensive in spring or summer, aimed at cutting the Donbas in half, thereby cutting off the RF in the south and in Crimea. I’ve seen that there may be 100-200 T-72’s on their way soon, so another 100 Leopards would definitely be welcome. Hopefully it happens sooner rather than later.

Oh, and one thing said near the end rings true to me, that Russia has firmly established in the minds of most of the world that the Ukraine is a separate nation, people and language. Putin likely didn’t expect that, when going in. What he expected was that they mainly identified as Russians, and wouldn’t bother themselves regarding a forced regime change. Oops.

So much for putin’s 3 day special military operation.

Clearly he’s not being fed good intel, as he thought they would be welcomed as saviours.

It’s what I call the Dictator’s Dilemma; eventually they find themselves by schemers who’ll say whatever they think he wants to hear, being the opposition to what the dictator wants can easily prove lethal, even if the opposition was correct.

An additional thought: Putin has been fighting his war in a way that’s supposed to play well to television. Quick, decisive operation to install a puppet, then make headlines (even negative ones!) talking about his success? In a sense, that’s not a military operation at all, but a PR stunt.

I think that part of Putin’s intent was to increase the general fear of Russia, and that’s an abject failure, too.

Last edited 16 days ago by BleedingRedAndGold
1

Oh yes. Only neighbors of russia are afraid of russia now, at least of their regular army (nukes not included).

Talk about a series of unfortunate events. Kansas man dies hunting when dog steps on rifle and shoots him.

Damned bad luck, that one.

It’s time to go when that happens.

Wounded by the enemy, I could not stand to leave the troops on the field of battle. Maj. Kelce and Lt.Col. Henne stepped up to rally the men and secure victory. We await our next orders and celebrate with double portions of fermented possum milk and squirrel jerky.

Replying to
@ColMahomes
Rest easy, Colonel, the troops fought valiantly and obtained victory. I’ve sent my recommendation to General Hunt for your promotion to Brigadier General and a battle commendation metal.

carmalized the fuck out of 1/2 onion and added to the sausage & peppers, added a nice background sweetness

I took a heartburn pill just reading that

I make some decent teryiaki shrimp with my air fryer. Maybe I should try honey and soy sauce like they do here, that looks good.

you can cook those with shredded or diced hash-browns and mix them.

The Bengals have two less days to rest and prepare

and no rest since their bye week against the Bills

I mentioned yesterday that I made a fried rice recipe I found on youtube with my parents, and it turned out amazing.

Well we had a bit of the white rice left over, so I made it again for dinner (just minus the chicken because I’m lazy) and it was fantastic once again. So I’m going to keep making it so I can get it down and be able to make it without the instructions.

The same person posted a lo mein recipe that also looks amazing, so that’s next on my list. But it involves more obscure ingredients so it’ll have to wait until I have time to go back to the Chinese grocery store (which probably means after the AFCCG).

sheesh. and I was proud I made hamburger helper.

Tony shames all of us

Last edited 16 days ago by steve_chiefs
4

plus he goes to the Chinese grocery and orders in Chinese.

and picks up kettle corn on his way home

not to mention some stray woman

I mean, that would be a stray cat… 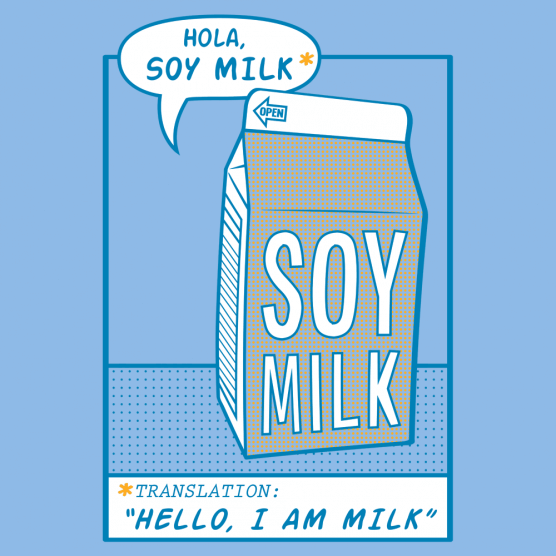 Last edited 16 days ago by Nasrani
4

No. Regular rice with Kettle Corn. Fried with Caramel Corn.

This is the one thing I know how to cook.

crap. Tony is still listening. maybe I shouldn’t have said that cougar thing!

Don’t know why they call it hamburger helper. Does just fine by itself.

I think having you cook hamburger first makes if feel like you are contributing.

I do the same thing with the pasta side packets they have out there now.

you got to cook the noodles

Is that real tomato ketchup?

As I recall, all that you’re missing, presuming you nailed the fried rice list, are oyster sauce and traditional noodles. He also demonstrates at the end how ordinary spaghetti will work as a reasonable substitute for the noodles. Forgetting that both are noodles for the sake of distinction, of course.*

Guy doesn’t like to let his vids be embedded, no idea why. “1924s American Flyer Locomotive – Restoration”, and it’s an electric one.

Last edited 16 days ago by BleedingRedAndGold
2

ok, yes this is the “golden age” of Chiefs football, but the Stram years were also a “golden age”

the Marty years were Silver

the vermeil years were definitely fun to watch.

As long as you weren’t too concerned about winning

I said fun, not enjoyable!

Oh. Then you are correct.

List of stadiums to host at least 4 straight Championship games

hopefully will have new (refurbished) PC by end of week

I doubt you play shooter games and these computers today are so overbuilt for what most people do….

uh… you are never too old to have a happy childhood.

I did and what the hell is a computer or cell phone?

the first 75 years of childhood are the hardest

yes, its definitely an upgrade over that!

does your old unit work ?

and do you have a copy of windows with code?

that sounds like a personal question. now we’ll be bringing up a whole different type of drugs.

I play a lot of older games that play well on my newer machine. there are several programs you can use to play them through.

I didn’t admit that though.

I know a older simulator

what games are you trying to play?

the double decker is more of a challenge!

I also find a lot of the older games on Steam, converted for new computers, and are only a couple bucks.

Monday thoughts on how we do Sunday Night?

Don’t kill me, But this has been a hell of a good year.

I want the Super Bowl but if….
I will expect awesomeness next season

Our team has quite a few young players that will stick around a while. We have a bright future!

If veach keeps hitting on all these draft picks we’ll have to invest heavily into free agency just to spend money and get to the cap minimum!

no doubt Veach can make it work …

… or maybe give fans a rebate:. cheaper parking, maybe?

toss up game, both teams kickazzand both have proven they can beat any team anywhere

agree with your but if… scenario: a rebuilding year and STILL made it to #5 in a row at home

so, we shall see

I really hope we can all appreciate what Mahomes is doing for the KC area. There are very few athletes that have embedded themselves into their community like Mahomes has.

in time he may own Country Club Plaza 😉

Of course for all the wrong reasons

Taxes are filed so that headache is done.

damn it is January

I got the email that said the IRS is accepting and I got my W-2 in the mail.

He will be ready if called upon

By “He” I mean Kelce

Into The Afternight: Our 3rd Shift O/T 4 replies