Hello Arrowhead Guys. Even that greeting seems abrupt and mean on this Monday Night Open Thread. However, it’s what I have begun to always use when I start these AG pieces. It’s not that I want to say hello to a website right now, but it is how I GET what’s called Search Engine Optimization to be quiet and give me a better SEO ranking. Also however, is that it does not work because Arrowhead Guys is not the place to be. Not after a win. Not after a lose. Not really any time, because our viewership is a series of seasoned hardened KC veterans being fans of a team called the Kansas City Chiefs. These fans and fanatics have been run out of other sites around the Internet, some the obvious site we call the place Chiefs fans on the Internet hail from. Some from other sites with their own individual red and gold story as to why they’re at Arrowhead Guys on a Monday Night with or without my additions, editions and contributions to this haven of castoffs that know the Chiefs & Arrowhead like the back of their hand even if they’ve never been there before like my lovely wife and some of my own children.

That’s on me, but the Arrowhead Experience is something that I lived through during wins and losses, ups (upatmn) and downs, highlights and lowlights, drunk and sober, as a child and as an adult (thrown out of Arrowhead with children in tow), happiness and sadness, shutout or shutting out, in a bar or at home, with friends or alone, with strangers or with family, in the enemies house or in the enemies bar, being beat up or doing the fighting, ignoring the Chiefs or rooting for another team in my extreme youth, in the ’80s, ’90s, ’00s, ’10s & TODAY like a music collection, doing the tomahawk chop down the ramp or out the main entrance because I was in a suite and either way it’s sweet.

When the Chiefs lose it’s bittersweet, but it’s a bittersweet sympathy symphony. I’ve walked out of that stadium after playoff defeats alone defeated and beaten down. I’ve walked out of that stadium with my own son after defeats trying to do all that I could to cheer him up because he was more defeated than I was. I’ve walked out of that stadium with others that wanted to leave early and they won’t let you back in Arrowhead if the Chiefs start to make a comeback. That’s bittersweet too! It’s all stories. It’s all words on a page waiting to be told. The Kansas City Chiefs are intertwined with my life like a roller coaster, just like Worlds of Fun is a part of my story with all the times I ravaged that place with my presence, with my kids, with friends, with some classroom of kids, with some group of adults, with a stranger or alone I took on those rides… and the Chiefs are no different. I expect greatness from them every time and sometimes it’s just not enough because it’s the same old same old but it’s still our team and that’s our theme park at Arrowhead. We all know the ups and downs this team will bring. It’s harder to write about the Chiefs positively after a loss, but there is no love lost between me and the Chiefs. The Chiefs lost:

I absolutely love this team and I want to congratulate the Bills for beating my favorite team during the longest primetime game that I can remember the Chiefs being included in. The Bills have been kicking my ass for years so it’s no shocker that they took out Patrick Mahomes and the Chiefs. I’m not going to pile on the criticism of the Chiefs defense or the offense. That’s already being done plenty on the Interwebz. What happened to the Chiefs? They got beatdown. Things were not working. Andy Reid got his 100th win and then faced a loss immediately after as big as the Eagles feel when they think about how they lost Andy Reid. It was brutal. A bigger piece is Patrick Mahomes himself, it feels like he’s not enjoying the game as much and his arm reminds me of a movie where a superhero is struggling with his gift not working as well. He needs to relax, smile and enjoy himself. It’s tough as you get older. It’s tough when you start having kids too. I think Mahomes needs to slow down and just start the process of learning how to deal with adversity. We’ll talk about it more. This is your open thread for the evening. My, this loss tasted disgusting. Let’s add a generic sentence. On to the next football team the Chiefs face.

What is your victory of the week? We finally got a dog! And last week I won a comedy contest. It feels weird to win something and have the Chiefs lose. But that’s my story. What’s yours, Arrowhead Guys? 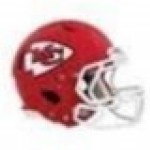 So how many more rushing yards to the Ravens need tonight to get to 100?

if indy wins the toss they will score. that defense just had to defend that and now going to OT they are gonna be completely gassed

If you have to wear shit like that on your face, why not just pony up the three large for lasik?

Lasik’s not a cure-all, even in the vision department. Furthermore, such procedures do have side effects due to aging. Given that, if his glasses are good, what’s the issue?

LOL…you live to be contrary.

Not quite. Rather, I am by nature a man who points out the problems with things, when I see them.

And while you’re not far off with your appellation, I note that you didn’t call me wrong or explain why he had to have surgery so he didn’t need glasses. If I’m contrary but I’m right, where’s the issue? 😉

“I’m contrary, but I’m right…” There is the issue. Hubris.

You attack every statement as though the weight of the entire world rests upon your “solution.” Tongue-in-cheek statements are still allowed, are they not? I mean the 1st Amendment hasn’t totally been torpedoed has it?

I find it odd that a man with a lot of $$ chooses to wear those goggles. I honestly do not care the reason why.

and do you know why it was almost a “given” that the Wright Brothers would build a successful airplane? Because, as everyone knows: two Wrights don’t it wrong

Last edited 14 days ago by upamtn
0

Bad week to be an NFL kicker.

Last edited 14 days ago by upamtn
0

what the hell are they doing?

what an incredibly stupid penalty, that culture in that locker room is why they will never win a super bowl

WOW. Incredible screw up by the Ravens!

So how long does Spags get to be in charge of this pile of flaming turds known as his “defense?” None of these guys even looked like professional players last night. I can’t believe how bad it is…looks like a peak Sutton/Robinson defense.

Would you rather have Sutton back? I wouldn’t, and anyway, like him or hate him, Spags would have to be replaced by an assistant, no hired guns would work out. After the season, we’ll see what’s decided about him, so complain about him all you like, but nothing good will come of it.

I will complain, thank you very much. Hence the very purpose of this board. And he sucks at his job…or Veach sucks at his. This defense is an embarrassment.

I agree.. nothing is going to happen this year other than internal changes and that’s on Spags and Reid. What they are doing now is painfully obvious it isn’t working

I understand it won’t happen during the season unless Spags shows up on the Gruden emails. Someone needs to figure out a way to mitigate the carnage though because not even Mahomes can drag this mountain of dead weight along…especially with his current…issues.

I have long thought that people got on Sutton for the wrong reason. The issue wasn’t the defense per se, or the players, it was that it had become so predictable. I think Spags’ defense may be going through the same thing. It struck me last night that it may be happening faster to him because teams are spending a lot more time trying to figure out how to beat this Chiefs team than they needed to before Mahomes took over as QB.

the correct answer is

Whatever it is, someone needs to find a way to end it.

Unless you are playing the Chiefs.

please no overtime, last night being late was enough

that ckock should have stopped

Like Mathieu, I am sick of the entire defense. All of it. Every human involved.

To those who’ve conversed with me on Gruden, I offer an apology, because I’m done with that topic for tonight. I have too much unfortunate experience in trying to explain legal realities to those who don’t like them, and get even madder when I point out the problems their “solutions” would cause. Nothing but grief, and besides, everything’s still very preliminary, and I don’t want to get locked into a mindset this early.

Into The Afternight: Our 3rd Shift O/T 10 replies