So, our friends over at Arrowhead Addict asked the question, Is Chiefs safety, Tyrann Mathieu the Defensive Player of the Year?  https://arrowheadaddict.com/2020/01/05/case-tyrann-mathieu-nfls-defensive-player-year/

I’ve been rolling around similar thoughts about Tyrann Mathieu for a while. Some directly cross-over with those in the AA article, but these are my thoughts. Great minds think alike, or something like that.

DPOY, like OPOY and MVP is going to be based on full-year individual stats, not team stats. So no, Tyrann Matheiu likely won’t win it. But should he?

Even though the Chiefs whiffed on the Earl Thomas trade, it was noted recently that Spags asked Veach specifically for Tyrann. I don’t know how those issues mesh but certainly they’re not mutually exclusive. Either Spags had a dream in mind and needed/wanted Mathieu to complete it (but he wasn’t available), or he was able to take his vision for the defense in an innovative direction once he had him.

In either case the success of the Chiefs’ defensive scheme (or at least the timetable for competence on the field) was sped up because of Mathieu. This is MVP-type stuff.  Tyrann has said the Chargers game in Mexico City is where the defense began to integrate and execute Spags’ defense at a high level. As I noted in another thread, the week prior was the Titans game which the Chiefs lost. During the Titans game Mathieu wasn’t the GOAT, he was the goat, along with Frank Clark (who, unbeknownst to fans was dealing with a pinched nerve in his neck).

After that loss, Mathieu was rightly taken to the woodshed by the blogs, including this one, for his less than stellar play and effort at key points during that game. As I noted previously, I sincerely believe the fan blow-back after that loss lit a fire under Mathieu (and perhaps others) and helped push the Chiefs defense over the hump with the new scheme, along with other factors of timing, progression and player development.

Great players take great pride in their ability. This is pure speculation but I can see Mathieu taking a look at the Titans film, reading his press clippings, then looking in the mirror and getting furiously pissed off, before deciding, yep. But that ain’t ever happening again on my watch.  That’s how a true professional responds to that type of adversity.

The Chiefs defense has behaved like a bamboo plant this season. The bamboo plant shows no signs of growth or life for three full years. For three years all you do is water a patch of ground. But “suddenly” (AFTER 3 YEARS!) within a 3-month span the bamboo plant grows 15 ft into the air. To outsiders that is what the Chiefs defense looked like this year. They went from “They’re nothing to be afraid of. Run at will on them. On top of being bad they’re decimated with injuries. Frank Clark is a $100 million bust.” To “Damn they’re good. You can’t throw on them. They’re getting key stops in the red zone. Even their run defense is decent. Frank Clark is balling!”

I said last spring that my favorite Chiefs acquisition was the entire defensive coaching staff. It’s an All-Star cast. But they can only do so much teaching, training and scheme development. Players ultimately have to demonstrate competence, and execute on the field.

On the field (which is what we’re talking about) Tyrann Mathieu’s leadership, communication skills and ability to direct young players and rookies has been stellar. And teammates sing his praises for his off-the-field impact as well.

They say that great players cause those around them to be better, to even play above their ability. This is typically the result of “influence.”  I would argue that what Tyrann Mathieu has done has not only “influenced” others around him to play better, but he has actually “caused” the entire defense to be better because of the ripple effects of the successful efforts in the secondary, and bringing “championship wag” as he calls it, to the defense.

And of course, it takes a team. Guys who display consistent greatness begin to get overlooked. Chris Jones, Travis Kelce, and Andy Reid anyone? Still, that’s not to take away anything from what Mathieu has done on the field. Those guys were here long before Mathieu arrived on the scene. But Mathieu has enabled Steve Spagnoula to implement an incredibly creative and dynamic defensive scheme, whereby nearly all the parts are interchangable on the back end of the defense.  The result has been to totally mess with the offense at times to the point QBs aren’t even sure they see what they see.  Or what they see isn’t what they think they see.

Where would this defense be? What would be its limits? Would it be even better? – had the Earl Thomas trade gone through and Tyrann Mathieu played for another team, perhaps even the Ravens? It might be very good, great even. But it certainly wouldn’t be as dynamic and responsive as this Chiefs defense is. And those are factors that hugely contribute to its impact and success.

As noted at the beginning of this article, generally these awards are stats-based. But Tyrann Mathieu’s case is more nuanced than that. Do you want to look at progression across the season? Look no further.  In the face of daunting adversity (a combination of new scheme, injuries, and young players)? Especially look no further. Individual performance over the last part of the season? He is without peer. (I read the numbers on this last one somewhere but am full-on back to work this week and didn’t have time to pull them together.)

So is Tyrann Mathieu the DPOY? As AA argued in their article (on slightly different terms) I would have to agree. Tyrann Mathieu is worthy of recognition as the DPOY. But regardless of whether he is properly recognized I’m just glad he plays for the Chiefs and greatly appreciate all he has brought to this team.

As far as awards go the only ones I really care about are named Hunt and Lombardi. And I’m pretty sure he feels the same way. Let’s do this. 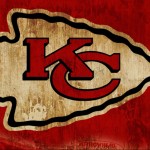 Is Tyrann Mathieu the NFL Defensive Player of the Year?

for KC yes … leaguewide? no

We have waived/injured the following player:

We have signed the following players:

Is this why tickets have gotten so expensive?

Been one hell of a ride!