The interior of the Chiefs offensive line has been growing more and more worrisome over the past few seasons, and it’s come to a point where they just need talent. The center position is the biggest immediate need, but Reid has tried to get by with drafting low-round guys as well as bringing in UDFAs to develop, and it’s been getting them by. That won’t be the case for long, especially if they want to keep Mahomes upright for the future. They have the franchise quarterback locked in, they have surrounded him with talent at every skill position, and now it’s time to start protecting him like Green Bay protects Aaron Rodgers.

Laurent Duvernay-Tardif plans to return to the Chiefs in 2021 (next season), but we aren’t really sure how he will look a year removed from playing football while he was still dealing with post-injury issues. He turns 30 this year and is entering the final year of his contract with the Chiefs. While he’s still young enough to earn another contact, I’m not sure he’s going to look much better than he did in 2019. You all know how I feel about Reiter, he’s a below-average center who has no upside. The left guard position is interesting, however. Nick Allegretti has been inserted as the starting left guard and has played well given this is his second year in the league. With question marks surrounding Osemele and if he can ever get back on the field healthy too, that leaves Allegretti as the starter next year as well. The Chiefs have a lot of young players on the roster and practice squad that they hope to/will develop. At some point, there needs to be an injection of talent. The draft is a great place to start with that.

This last week I took a look at Ohio State’s offensive line, at their right guard and center positions, to be specific. Both players are likely headed to the draft this coming April and could be targets for the Chiefs early on in the draft. Josh Myers (c) and Wyatt Davis (rg) are both around 6’4 and weigh close to 315 pounds, these numbers will be confirmed later in the process. Both can move well for their positions and can play in the Chiefs zone run scheme. Coming out of the Big Ten usually means maulers that aren’t the most athletic, but Ohio State has developed some athletic offensive linemen that fit in today’s NFL. Let’s start with a little from Wyatt Davis.

One of the first things you notice about Davis is his strength, not only in run blocking but pass protection, too. He transfers power through his legs to his arms seamlessly and makes it look effortless at times. That long arm in the first clip is the kind of thing you look for in defensive ends, and he takes the Michigan defender right to the ground with it, using his momentum against him.

In the run game, I’ve found he uses prefers to push guys around if he can, and he’s got some impressive “bench press” reps. #97 is trying to hunker down in the B gap and locate the football, but Davis just launches him into the offensive tackle and keeps going at him. He pushes him out of the play entirely by the time the whistle blows. He’s definitely got a mean streak in him and here’s what I mean.

He’s the kind of guy that takes every opportunity to finish a play he can get his hands on. First, he turns the defensive tackle inward to allow the center to take over the block and progresses to the linebacker that has come down to fill the B gap. From there it’s all Davis pushing, prodding, and then finishing the play to the ground. His tenacity to finish plays is something I enjoy while scouting offensive linemen. The Chiefs need a guard that can get some movement in the run game and open holes for their running backs. Davis has that strength combined with being a good athlete in space, as seen in the clip below.

This is a guy that fits what the Chiefs want to do with their guards in the run game, because Reid loves to get more athletic guys out in space and pull them when he gets a chance. Davis provides all of that as well as a pass protection profile that comes with good mental processing. He’s always looking for the next man coming when he doesn’t have a direct threat and has shown the ability to pick up stunts and late crashers along the offensive line. He re-injured his knee on Monday night in the National Championship game, so that’s something that will have to be taken into consideration. I haven’t seen any updates to it at the time I’m writing this article, but depending on the diagnosis, this injury could push him down draft boards. I have him as a late first-second round prospect. He has a lot of upside, and I think could fit well in what the Chiefs want to do with their guards.

His teammate Josh Myers was the starting center for the Buckeyes, and he is a zone scheme center that doesn’t get a ton of vertical movement in the run game. Zone schemes are built on horizontal movement, and he’s got the required athleticism to be a starting center in the Chiefs offense. This play shows you the kind of get off he has as well. When you see a center get on his horse like this he means business.

His blocking style fits into what the Chiefs offensive line coach, Andy Heck, teaches in terms of blocking defenders on the angle you found them. He moves well with defenders and can generally keep them in front of him or work his way into a better position to block them. He’s got pretty light feet as well which allows him to recover and do all of the things I just mentioned at a higher level. He doesn’t get overwhelmed a ton, at least at the collegiate level, but struggles in the run game at times with bigger defenders that can extend their arms. Quickness laterally is also not a huge strong point for Myers, which is why I think he can only play center at the next level, quicker tackles in the mold of Chris Jones would eat him alive as a guard.

When he gets engaged in pass protection, that’s really where he’s at his best. His mobility in one on ones isn’t elite, but he’s got all the necessary movement skills to keep tackles in front of him and go where they go. He handles power from bull-rushing tackles well, which allows him to go from absorbing to regaining leverage. Has shown the ability to handle one on one situations well, but as with most centers I’ve seen, he isn’t regularly forced into these situations. Coming into a starting role with the Chiefs would be very similar to what he’s done to this point. Here’s another example of his movement in pass protection.

Is he the best athlete at the center position? No, he isn’t, but he’s more than capable enough in that department for the NFL. I think he’s got the ability to be a starting center in his first year with an NFL team. This is where his value could really pay off for the Chiefs, I think he’s a day two prospect with starting upside, and that’s exactly the type of player they should be looking for along the offensive line. He’s a clear upgrade over anyone they currently have on the roster as a prospect. With a little more polish and NFL learning, I think he’ll be a fine starting center in the NFL.

These are two guys who I enjoy watching that should find their way onto the Chiefs draft board. Some things need to change for the future in order to have sustained success, and keeping your franchise quarterback healthy is the most important thing. Drafting offensive line talent higher is something they haven’t always wanted to do, but should be what we see them start doing. Davis and Myers are both good options early on in the draft that can improve their offensive line.

Chiefs fan for life, retired US Air Force, Film Analyst and I like to think I know a thing or two about football. Ask me anything, I enjoy interacting with people

I would love to take this guy in the second. With us picking at the back of rounds, we can create value by gambling on players that fall due to injury.

we’re in the middle of an NFL Historic Season, on the very edge of the PLAYOFFS no less, waiting in rapt anticipation with chips, dips, chains, whips, the usual High School Orgy-type stuff … the DRAFT? you’re talkin’ bout the DRAFT?!? 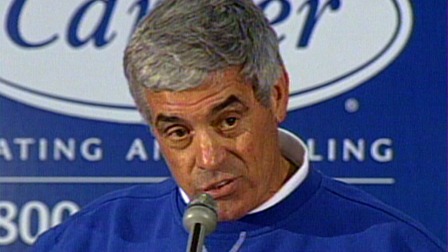 Yes because I’m always forward thinking and the Chiefs were on a bye. Sue me.

Or you could choose what is behind door number 3.

you mean like a FREE subscription? oh HAYL yeah!

I gotta think about this

Did Allegretti play some center in college?
Then there’s this:
https://arrowheadaddict.com/2020/08/06/long-term-upside-lucas-niang-decision-opt-out-nfl-kansas-city-chiefs/

You could easily convince me to spend two of our top three picks on guys like you profile then figure out the rest of the picks thereon. (PON over BPA, sure, but I would like to see a wall of smashers in front of #15 that won’t allow a sliver through on pass protection and dozers a path to dynastic achievements.)

I agree with u on that keep mahomes protected and upright he’ll find someone, no matter the quality of skill positions. However we need a kelce successor now so he can learn from the man himself

OSUs TE, Ruckert I think, might be one to look at.

15 don’t need no protection … ain’t nobody in the Enn Eff Ell gonna do nothin’ bad to him (he wears an invisible yellow vest that only other defensive players can see, just like in any pre-season scrimmage)

can we have a wall of smashers who can also “pull” and can also open gaping holes in the run game and also never get hurt from week to week?

(why can’t WE have nice things?)

So just GLOAT 2.0 nothing hard about that, just need to find 3 HoFers and 4 Ring of Honer players. Come on Veach make it happen!

On a side note can you imagine what this offense would look like if Veach could actually pull it off and rebuild that GLOAT line from the 00s?

can you imagine what this offense would look like if Veach could actually pull it off and rebuild that GLOAT line from the 00s?

Hang on, I’ll turn down my hyperbole dial.

your sacrifice to the cause will not go unnoticed

He did play some C in college and while he could do it in a pinch I expect, they need an upside guy that has a lot of talent at C.

I agree, Kilgore and Reiter must be improved on.

By Anthony Stratton 12 hours ago

By Anthony Stratton 14 hours ago