He’s not dead to us, but he’s with the Saints now, so we should pause to reflect.

While not the most unusual departure from the team in the Reid era, the end of the road here was rather jarring, considering Mathieu’s tweet about how he’d have taken the incoming Reid’s contract to stay. That’s confounded by his previous comment about not being replaceable. That makes it sound like he was threatening to leave, but actually wanted to stay, so what gives?

We can only guess, of course, so that’s what I’m going to do, with a little home-brewed psychology stirred in for flavor. Taking what Mathieu’s said as honest(-ish, but if you assume dishonesty, you can’t learn anything from what’s been said, and dishonesty still becomes apparent during evaluation), my guess is that he was pushing for a fatter contract and overplayed his hand.

That’s not a given, though, as I’m sure he understood that we are cap-strapped (An old, well-respected technical term that I just made up), so it might also have been a communication breakdown. In my experience, a lot of problems come down to unspoken assumptions, i.e. not being anywhere on the same page.

In fact, the part where he said he’d have signed for what Reid got kind of suggests a “I thought you knew!” in the equation. Of course, that still might not be it. Spags may have decided that he wanted to change the attitude of his DB corps, and one way to do that is to replace their leader with a leader who will lead in the direction you want them to go. This makes some sense, because Spags couldn’t say to Mathieu that he wants him to stay, but to do everything differently.

So perhaps, while I doubt it was the determining factor and Veach was “negotiating” in bad faith, it had an impact on how valuable he was in KC’s system. As in, ‘we’ll keep you, but only at the right price’. Which also makes sense in terms of a communication breakdown, given the subtleties of contract negotiations.

But those are my thoughts, what are yours?

I think Mathieu was key to turning around the defense from the Sutton era and getting it good enough to get the SB. But I also look back at how the secondary fell apart at times, especially against the Bills after he went out with the concussion. I think it’s possible that the coaches thought that our secondary relied on him too much for adjustments. And perhaps one way to fix that was to move on from him and force the rest of the DBs to develop.

I don’t think that’s the whole story, but I do think it’s possibly a part of it.

What years was HB an all pro during his stay in KC? Doesn’t get any better than that 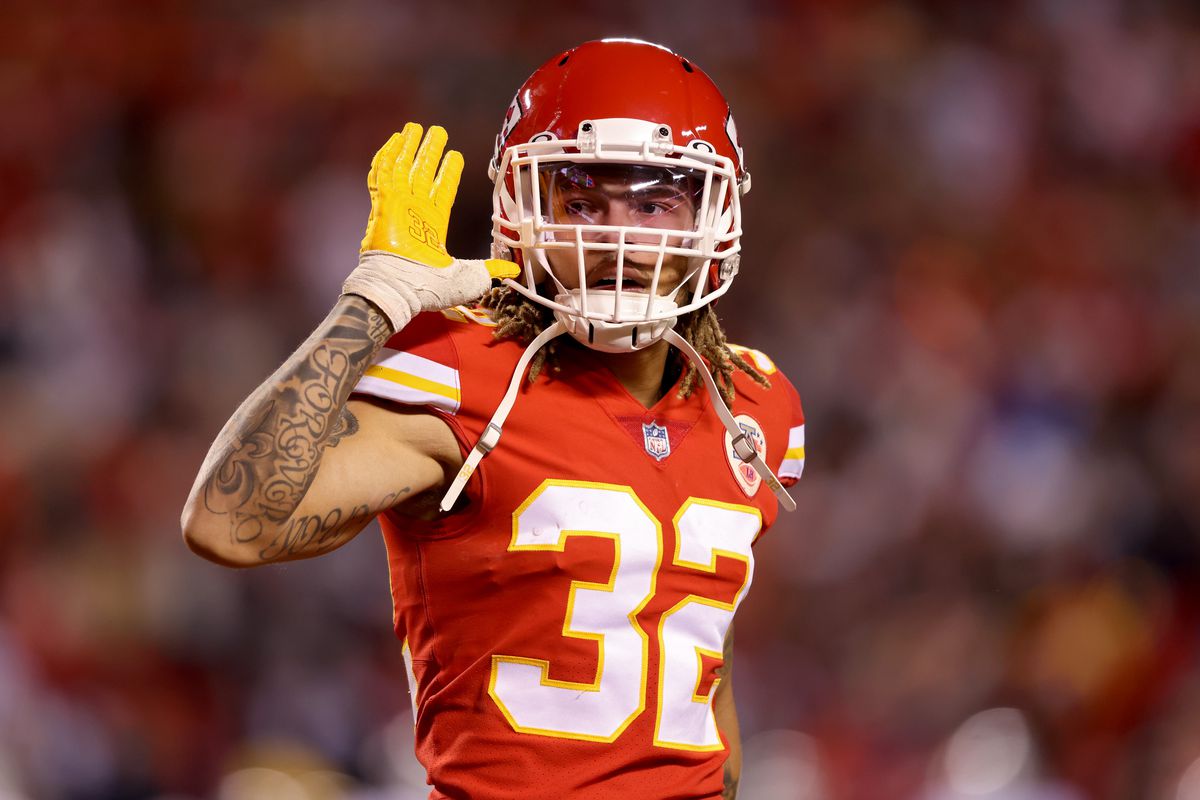 so long, and thanks for all the fish!

I love me some Honey Badger. I’ll never forget his smiling face on the podium after winning it all.

But the last year or two he just wasn’t showing his honey badger side as far as tackling and hitting go. He was still a great leader but he seemed to avoid hits.

From what I’ve seen of Reid, he hits and tackles solidly. He also is a ball hawk, much like TM32, so it could be an upgrade at the position.

Mathieu gave no indication that he was willing to take less to stay with KC until AFTER the Chiefs had already moved on. He may have anticipated that Veach would eventually cave to his demands, and it’s possible that he was surprised when KC signed Reid. But either way, I haven’t seen anything that indicates that Mathieu was willing to take less than top safety money until KC had already moved on. (Just for example, his take on Adams’ contract:

Oh plz. The disrespect is noted.

Tyrann Mathieu was a good player and an important part of the Super Bowl team. And as fans, I think we should recognize that. On the other hand, it’s completely crazy to say some of the things I’ve heard from Chiefs fans about him recently. He’s supposedly “arguably the greatest free-agent acquisition in the Chiefs’ history” and several have argued that he’s the primary reason (over Mahomes/Hill) that KC won that Super Bowl. The reality is that Mathieu appeared to be declining (he had his 2nd and 3rd worst PFF grades in the last two years, and in 2021, he was ranked #23 overall safety per PFF) and he made some poor decisions regarding fan interactions that caused some friction with the people who buy tickets.

So give Mathieu credit for being an important part of the group that finally got KC over the hump, but let’s not put him on a pedestal as if he’s been a perfect KC Chief and top NFL safety the last couple of years.

had he REALLY wanted to stay in KC, I think he COULD have said “look, like eveeryone else in this game, I want to make as much as possible, but hit me with your best offer and let’s see”

he didn’t and instead elected to test the open market … good luck to the guy, time to move forward

as my old buddy go-sal would say: love the team, not the player

I’ll miss the leadership part but not the hit and mostly miss tackling part. If and when we play the Saints, I hope we kick his ass!

I am thankful that we had him play for us. I think his leadership was critical to get us to that first SB. He really brought something special with him, something that a similarly talented player might not. Call it swagger, if you want.
I am sorry to see him go, but understand that this IS a business for the team, and cost vs value is always going to factor in. I don’t know that a Reid-like contract would have been in our best interests, anyway. Would just delay the parting another year or two. Then we might not land someone like Reid to step in.
I’m glad he got to go home to La and play with his boyhood team. He deserves that. I do think his best days are behind him and his tackling abilities had slipped, so it was time to look for someone fresh. Big shoes for Reid to fill. I wish them both well.

He made a lot of commercial decisions on the field over the last 2 seasons. As is his absolute right. Veach did the same. It’s a business.

By Tony Sommer 21 mins ago