Today is America’s birthday, so feel free to talk about anything you want in the comments below. It also means that Science Saturday is going to have a sub this week. Enjoy this video on the science of fireworks.

We need a Bloody Mary Sunday edition.
Ps.. I’m already on my third one.😊

It is worth noting that a diety is never identified in the Declaration of Independence or the Constitution of the United States.
It’s always “Creator”, “Nature’s God”, “divine Providence” etc.
Never “Lord God Almighty”, “Jehovah”, “Yaweh”, “God of Abraham, God of Isaac, and God of Jacob”.

That was a deliberate and considered decision made by men of faith.
Divinity is only absolute to an induvidual and others so disposed.
Go in peace and be kind to all (simplistic I know but it would be nice).

Fireworks are going off big time around here, rain expected soon.
Hope everyone had a good day.
Peace

that’s not a rocket … now this … THIS is a rocket

Remember Independence Day with pide and joy but also read this list of grievences and consider how many are part of our current political discussion.
Be safe, be strong and may the diety of your choosing bless us all.
GO CHIEFS!

“But when a long train of abuses and usurpations, pursuing invariably the same Object evinces a design to reduce them under absolute Despotism, it is their right, it is their duty, to throw off such Government, and to provide new Guards for their future security.–Such has been the patient sufferance of these Colonies; and such is now the necessity which constrains them to alter their former Systems of Government. The history of the present King of Great Britain (sic) is a history of repeated injuries and usurpations, all having in direct object the establishment of an absolute Tyranny over these States. To prove this, let Facts be submitted to a candid world.

Last edited 1 month ago by pompano
2

He has refused his Assent to Laws, the most wholesome and necessary for the public good.

He has forbidden his Governors to pass Laws of immediate and pressing importance, He has refused to pass other Laws for the accommodation of large districts of people, He has called together legislative bodies at places unusual, uncomfortable, and distant from the depository of their public Records, for the sole purpose of fatiguing them into compliance with his measures.

He has dissolved Representative Houses repeatedly, for opposing with manly firmness his invasions on the rights of the people.

He has refused for a long time, after such dissolutions, to cause others to be elected; whereby the Legislative powers, incapable of Annihilation, have returned to the People at large for their exercise; the State remaining in the mean time exposed to all the dangers of invasion from without, and convulsions within.

He has endeavoured to prevent the population of these States; for that purpose obstructing the Laws for Naturalization of Foreigners; refusing to pass others to encourage their migrations hither, and raising the conditions of new Appropriations of Lands.

He has obstructed the Administration of Justice, by refusing his Assent to Laws for establishing Judiciary powers.

He has made Judges dependent on his Will alone, for the tenure of their offices, and the amount and payment of their salaries.

He has erected a multitude of New Offices, and sent hither swarms of Officers to harrass our people, and eat out their substance.

He has kept among us, in times of peace, Standing Armies without the Consent of our legislatures.

He has affected to render the Military independent of and superior to the Civil power.

He has combined with others to subject us to a jurisdiction foreign to our constitution, and unacknowledged by our laws; giving his Assent to their Acts of pretended Legislation:

For Quartering large bodies of armed troops among us:

For protecting them, by a mock Trial, from punishment for any Murders which they should commit on the Inhabitants of these States:

For cutting off our Trade with all parts of the world:

For imposing Taxes on us without our Consent:

For depriving us in many cases, of the benefits of Trial by Jury:

For transporting us beyond Seas to be tried for pretended offences

Last edited 1 month ago by pompano
0

Happy fourth pompano….I smell what your stepping in😔

I step in what your smelling

I see you guys stepping in something and go around.

I hope everyone has a safe and fun time with family.

It’s funny how some people think independence means from each other, which is nonsense. We are completely dependent on one another to maintain and protect this Republic. What’s the old adage, divide and conquer? Guess what we are?

Which is why, we are told, that one must choose one side or another, because only the “right” side winning can save us.

Except, of course, there is no good side and thus we must pick between which is “less bad”, lest we “waste” our votes. A house divided against itself until one side thoroughly crushes the other is the only possible way we can survive.

Yeah, nope. Not buying it. 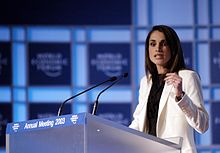 Last edited 1 month ago by Nasrani
-1

So let me get this straight, someone came through this thread and downvoted the Declaration of Independence. Pompano did leave out the beginning, and I would argue the most important part, but come on man!!!!

I meant the focus to be on the grievances.
We all know how it begins, I hope.

Well, this is murica, but I would hope so too.

“…our fathers brought forth on this continent a new nation…”

…conceived in Liberty, and dedicated to the proposition that all men are created equal….

Maybe it was the diety thing, who knows?
DVs w/o explanation are BS, IMHO 🙂

From last year, but relevant to this year as well. Happy July 4 everyone!

Way to mail it in

This is why I’m not a teacher IRL.

Some of my best teachers used this method, not sure what that says about my education

Someone please tell me the name of that show.. it’s killing me..

Is there gonna be any firework shows in this Country other than the show yesterday at Mt. Rushmore?

The local minor league baseball stadium is having one. Nobody allowed in the stadium, just gotta hang out in your cars. Kinda like a drive in theater.

Better than nothing. Didn’t really think it would be a big deal. Fireworks are for kids, right? Evidently not, very bummed there are no fireworks out here tonight. Oh well, Happy 4th everyone!!!

I’m not going, but I’m glad they’re doing it. I think my in-laws are gonna go.

I don’t know if there’sa sure but OK is still selling them so there will be plenty to see. Though I expect see our COVID numbers spike again because i saw a shit ton of fireworks joints packed with people, non wearing their masks. But it’s the protests causing the rising numbers right?

Last edited 1 month ago by Leaf
0

I’m sure mustang will still have theirs and if you’ve never been its awesome. Heres a short video of last year’s https://youtu.be/XYfV9xBn_Lw

By Anthonys Beard 15 hours ago

Into The Afternight: Our 3rd Shift O/T 8 replies