Sports have been slowly returning, so a Sunday baseball game seems as good an excuse as any.

And yeah, I know how some feel about reaction vids, but this is another where I can’t see how you could dislike it. The kid literally can’t get his head around the reality of that concert, he just can’t. I don’t mean that he actually believe it was fake, he literally could not comprehend how it could have happened in real life.

It quite literally rocked his whole world and made him question parts of his life up to that point. Flabbergasted would not be going too far. Watch it, because in things like this lies some hope for the future. 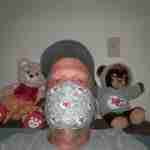 I love kc, I will never forget all the memories we shared; Especially when I look at our fat ass super bowl ring

I saw AC/DC live 3 (maybe 4) times. Hell of a show. Acoustics at Miami arena sucks balls, gave me a headache (reverb in shitty seats), but the boys put on a good show.

Yep, A/C DC in Kemper Arena. Think I seen them three times myself…
For those about to rock we salute you!!

One show (my 1st) had the bell, Rosie, and the cannons.

Last edited 1 month ago by Nasrani
2

By pompano 47 mins ago

Thursday Night Open Thread: Louis Riddick thinks the Chiefs offense could be better than ever this year 167 replies