Our Kansas City Chiefs. What a sentence. I stared at those four words wondering ‘what to add’ for a short time before I realized nothing more needed to be added. Our Kansas City Chiefs. It’s perfect. Perfect like how Arrowhead Guys is a uniquely perfect place. A spot on the web with a readership filled with many Chiefs fans that have been around since long before Patrick Mahomes II was knee-high to Pat Mahomes I. A community readership with members that understand the Chiefs love affair with former 49ers QB’s or how to match a Starter jacket with any outfit. AG is populated with fans that feel it when it– Andy Reid’s: Our Kansas City Chiefs.

I’m CBO, some of you know me as I’ve been around Arrowhead Guys before. Previously, I wrote with the AG team during the Chiefs Super Bowl run. Despite that, it still blows my mind that our Kansas City Chiefs won a Super Bowl. Returned to “Run it Back” and got stiff-armed by Tom Brady’s Buccaneers in Tampa Bay (of all places) which was a little more fitting to our senses. As prior to that run, “Our Kansas City Chiefs” were perpetually the team that didn’t win. Andy Heck, we wouldn’t even draft a first round quarterback for over three decades. Looking back, it was a long time with that me writing thousands of words about how the Chiefs could win it all with nearly every one of those quarterbacks. About how guys like Matt Cassel and Alex Smith were…good enough. About how what we really needed was hope and belief for our Kansas City Chiefs. Turns out, what we really needed was Patrick Mahomes…as the blind delusion will only take us so far.

Tamba Hali’s retirement as a Kansas City Chief hit me right in the reality like that recently. Those early Internet days as struggling Chiefs fans held together with unobtainable Super Bowl goals and aspirations mixed with alcohol, tantrums, rants and camaraderie–stirred with a keyboard and mouse are over. Now the worst we get are bandwagon Bucs fans and retired Patriots fans talking smack or new-age smartphone warriors telling us to: “win a real ring.” That one kills me. It’s like, if like they only knew half the shit we suffered through to get to that moment and comeback and win that “fake” Super Bowl ring against the 49ers. They’d realize that some of us can’t even believe we’re the team, or that the Super Bowl Ring is real in the first place. It’s a “Get out of Championship free” card brought to you by the thought-free-thinkers that spend all of their time on Twitter.

It’s almost like a free pass for Chiefs fans to be able to feel the way they used to when Tamba Hali was roaming the gridiron. Bloodstained, thirsty to drink from a Lombardi that would never come for that Chief. Angrily, I think about all those Marty Ball Chiefs that never got the glory. The Dick Vermeil years and how fun Dante Hall would have been to watch in a Super Bowl. But we’ll never know because we used to be long-suffering Chiefs fans. Not anymore. What we are now is dethroned Champions searching for our Kansas City Chiefs to “win a real ring”.

Not a fan base seeking it’s first championship in a half century, not any longer. We’re a fan base looking to return to glory after being shocked we finally actually had it. At least, I was shocked. The hope finally paid off. What’s crazy to me is how temperamental the rest of the fan base is about our talent. I’ve been studying the Chiefs for as long as I can remember. We’ve never had a coaching staff this long and consistent. We’ve never had a triple threat QB-WR-TE like we’ve been blessed with in Mahomes-Kelce-Hill and folks act like it’s not enough? Why?

Maybe some of it is young fans. Maybe some of it is that Super Bowl beat down. But I get the feeling that Chiefs fans just need a little spin with some perspective. With these latest additions of players and coaches this offseason, this just might be one of the best Chiefs teams ever put together. Now together, I want you to feel this next sentence. Our Kansas City Chiefs! 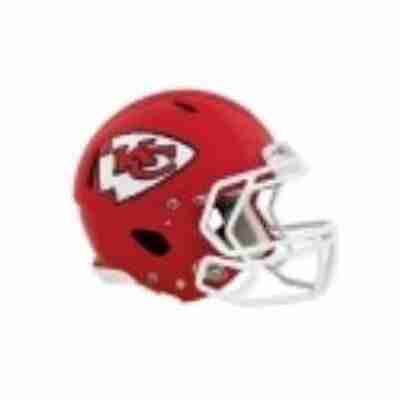 That still has not quite sunk in 🙂

not sure that’s ever happened before, even in the old AFL days … it’s different for sure, and quite nice!

welcome back, CBO … wait, you were gone? I hadn’t really noticed, partly because I’ve been mostly gone myself since the SB

great read and 5-Stars (YAY!) ,,, one thing you said that I agree with more than anything, and it’s the one thing that I most dislike about AG (and disliked at The Other Place as well) … the BLIND DELUSION (especially coupled with the notion WE [fans] really have ANYTHING to do with the team and decisions [aside from donate $$$ to the cause])

I see it as entertainment: like a movie, or (perish the thought) wrestling or pretty much any other “organized” sport … it’s a PROFESSIONAL sport, meaning SOMEONE gets PAID to play football (and a hefty amount at that) … not life and death, not THE most important thing in the world … I know, that in itself makes me a “pariah” to some (go ahead: ask me do I care [I don’t]) and I’m fine with that … all that said, my particular fandom is just fine with me

blind delusion will only take us so far

Last edited 29 days ago by upamtn
1

The Seth Keyser School of Literary Arts and Nested Asides

I still can’t get it fully out of my writing (it’s just there with more to say) and [Chiefs!], besides, asides are beside the point of the ellipsis. . . like this writing (right here) <--- while this particular (aside) is all that is left of the right asides. You put yours here ____. Also. Ups!

3rdnlong
Reply to  Plus Name and Plus Name

Who’s he and what did we give?

The Ministry of Silly Walks.. pic.twitter.com/tXIfF5K5Pj

Great read! It was a long road to the promise land and falling short last year was rough, but we still have 2 more Lamar Hunt trophies than we’ve had in my lifetime, which is grand. I’m not old but I’m no spring chicken either.

It’s a wonderful time to be a Chief’s fan, all the bitter years have made the latest run just that much sweeter.

I love that we no longer have to worry about rookie holdouts.

Agreed, well said. As one who understands completely how we had a fascination for 49ers QBs, this hit home.

Melissa Etheridge’s great song she made when we won the ACG before SB LIV rightly said there were a lot of guys we had who were great players and never got to taste what a championship game in the NFL is like. “50 years they came and went, and sometimes we got close. Gonzalez never got to go, nor Jamaal nor the great Priest Holmes.” Tamba was definitely one of those I wish could have gone.

Thanks for writing and glad you’re back.

Whatever brain dead fanbase is saying this nonsense needs a good thumping on the forehead, or kick in the crotch. I think I prefer the latter.

It doesnt even make sense, it wasnt the Covid season so how is it not legit? Its not like the Lakers or Dodgers “championships”

I’m feeling it.
Now that the draft is done and schedule is out seems like the season has begun, despite the dog days of summer yet to arrive. Good timing for this editorial, and a good one.
Hard to believe I was married before the Honey Badger was born. Happy Birthday, TM, and I like that Hoosier has included those birthdays at the start of the AM Huddle.

“We’ve never had a coaching staff this long and consistent.”

Not entirely true, but it seemed like marty was here forever and Andy should surpass his win total this year barring catastrophe with 10 more wins. Hank stram, Andy just need 33 more wins. Can he do it 2 years? Well its possible now.

Of course it took Marty 10 seasons to reach his total and 15 for Stram. Reid is entering his 9th.