Good morning AG! Today in Chiefs history, Steve Bono was born in 1962 and Jeremy Maclin in 1988…

“It was so nerve-racking,” Watson said. “Me personally, I wasn’t expecting to go that late, so I was kind of down. Everyone was telling me, ‘Stay off your phone,’ because I’m looking at every draft pick on day three because I knew I was going to be a day three guy. Everyone just kept aggravating me, and they were irritating. They didn’t understand what was going through my head, so I separated myself from the family, me and one of my close friends went out to my car and we were just listening to music. I had already seen Kansas City had got two corners, and I really wanted to go to Kansas City, so I was like, ‘Man.’ Then the call, I saw the Kansas City area code, me and my friend looked at each other, our eyes got super big, and they said, ‘This is the Chiefs,’ and I was just so excited I just started running full speed down the street. Everyone in the house saw me, and they were like, ‘What’s wrong, what’s wrong, who is it?’ I was like, ‘It’s the Chiefs!’”

“He’s kind of feeling himself out a little bit here, having been hurt the past couple years,” Chiefs coach Andy Reid said. “He was knocking the rust off here, [but] you can see the skill.”

Reid said the Chiefs would place no limitations on Ross, who is scheduled to be a full participant when they begin offseason practice for the full squad later in May. General manager Brett Veach said after Ross’ signing that Chiefs doctors spent ample time going over Ross’ medical condition and had cleared him to play.

After attending Ventura College for two years, a junior college in California, he signed to attend USC. But he never made it to Southern Cal because he needed to finish classes to become eligible.

As he redshirted his junior year getting eligible, he returned home to Augusta, Georgia and worked with his mother, who is a manager at Wendy’s.

He goes 100 miles an hour. Walk-throughs, everything. We’ve gotta slow him down,” Reid said with a laugh following the conclusion of the three-day minicamp. “But I’ll tell you, it looks like he’s got a nice feel for the game.”

Case in point: On Day 2 of minicamp, Reid said the Chiefs implemented specific blitz schemes that required Karlaftis to drop into coverage while other teammates blitzed. Reid was impressed by the 6-foot-4, 275-pound Karlaftis then, saying the defensive end showed an ability to move well in space.

“It was great to get everyone in here, these young guys in here,” Reid said. “Brett did a nice job of supplying us two deep for every position, at least, and we were able to get some good team work in.”

Throughout the past three days, the players sat through multiple hours of meetings, received playbooks and instructions, and got a taste of life at the professional level.

Leave college as a four-year starter, decorated with such honors as conference defensive player of the year, projected as a fourth- or fifth-round NFL Draft choice by several outlets, and not get selected?

“It definitely came as a surprise to me,” said linebacker Mike Rose, a standout at Iowa State who signed with the Kansas City Chiefs as an undrafted free agent. “A lot of waiting, but every team had their different reason for passing up on me. I’m just super glad I have the opportunity here at this great organization.”

“Love the kid. He’s great. Great kid. Somebody else will have to step into that and pick their game up,” Reid said, via Pete Sweeney of ArrowheadPride.com. “We’re lucky to have him here where guys could see how he rolls and how he leads. I’m happy he has a chance to go home and play like he is here with the Saints.

“They got a good football player and a great person. I know he’ll be missed in the community with the things he did there. Again, other guys have to pick that up and go. Sure loved having him here. Great kid.”

“(L’Jarius) Sneed, I learned a lot from him because I played him in college,” said Johnson. “The way he translated from college to the pros is excellent, so I’m going to pick his brain and learn from him because he’s executing at a high level.”

“I like to watch film a lot,” Karlaftis told reporters at rookie minicamp. “I’ve watched just about everyone in the league, college and I’ve gotten film from as far back as 2009. I’ve watched a whole lot of guys, so I watch a whole lot of tape. Not one guy specifically. I like to watch guys who compare to me athletically, there are also guys that I watch that are in a whole different spectrum athletically. I like the whole gamut if you will.”

“He moves around well,” head coach Andy Reid said of McDuffie after the pick happened. “Good hips. Good hands. I like the part about being smart when you’re playing that position. Leverages become important. How you do those. Size, different-sized players… we have some big receivers that we go against. How are you going to take care of that?”

The Chiefs signed offensive lineman Chris Glaser after rookie minicamp, according to Glaser, who announced the news on Twitter.

Since it's #NationalSelfieDay, let's see your all-time favorite Chiefs selfie in the replies 📲

Here's your friendly reminder that training camp kicks off in just 37 days (!!) up in St. Joe. That's exactly five weeks and two days, but who's counting.

I wish I'd known when I tweeted this that since it's not a sack it doesn't matter. 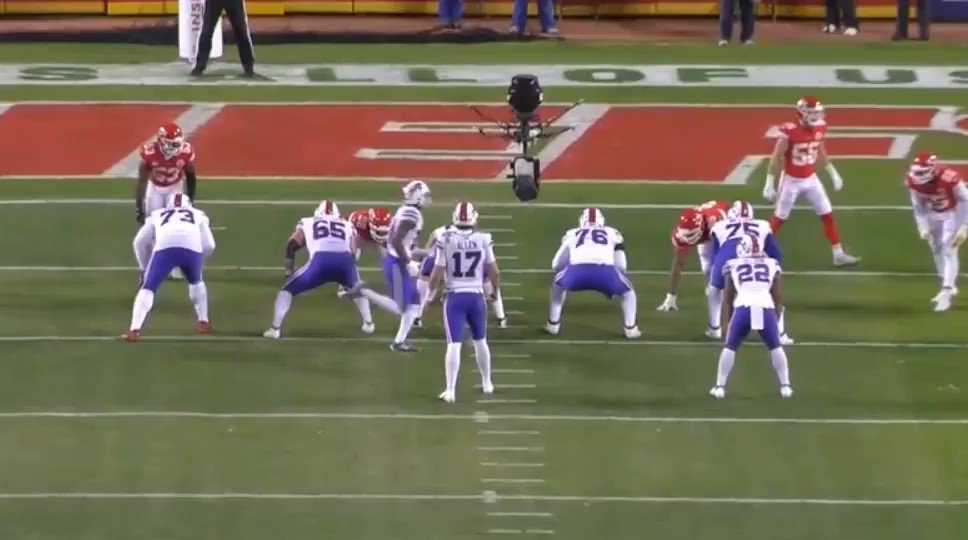 Chris Jones alters games. 3rd and 3 here, never has a chance. His hand usage is absurd.

Over 200 mailbag questions, and I answered every one of them. You are all awesome, thanks for making the 2-year anniversary of the Chief in the North Newsletter a fun one!

Chief in the North 2-year Anniversary and Giveaway/Mailbag!

It's been 2 years. You are all awesome. Come tell me what you want from this site in Year 3 and enter to win a piece of Chiefs history.

Today's developments between Deshaun Watson and his accusers "has no impact on the collectively bargained disciplinary process," per NFL spokesman @NFLprguy.

More on 20 of the 24 lawsuits against Deshaun Watson being settled, according to the attorney representing the women who accused him of sexual assault and inappropriate behavior.

Twenty of the 24 lawsuits against Deshaun Watson have settled, according to the attorney representing the women who ...

A significant development. Potentially more on the way.

Browns QB Deshaun Watson has settled 20 of 24 cases against him with women alleging he committed sexual misconduct, lawyer Tony Buzbee who represents the women says in a statement noting the terms will remain confidential.

I’m just pumped for both Karlaftis AND Kinnard …

I think Karliaftis is going to be a good one.

I’m excited for Chenal. I think we may go from one of the worst LB corps two years ago to the best in the league this year.

yah, LB and entire Secondary should be much improved over last couple of years

The secondary will be fun to watch throughout preseason. It would be nice if every pick made it, but it’s also kind of cool that there’s so much competition we just don’t know.

Will Lonnie Johnson’s experience help him earn a spot? Or will one of the young guns come out so impressive they have no choice but to roll with them instead, leaving Johnson looking for another team?

I like the look of a lot of the draftees and I haven’t even looked into the UDFAs yet, not that I’m even remotely good at scouting. Kind of pulling for the new kids and won’t be too sad if Lonnie’s on the outside looking in by the end of things but as always, may the best man win.

not sure how many they keep, but I’d imagine Bolton, Gay, Chenal, Rose and either 1 or 2 others

I always seem to “adopt” a UDFA or two every season that I root for. This season is tricky, as Rose and Cochrane both interest me at LB, but there’s also a couple OL and RBs that seem like solid guys too.

Guess I’ll just have to see how things shake out moving through the camps.

congratulations to Reid Detmers … kid had a night to remember

Schedule coming out tomorrow. Great. Glad to hear it. What I REALLY want to know is When is our bye week? I need to plan an out of country trip.

had a cup already, still feeling my age this morning….

Cause he’s holding his hip?

LOL …. well, that and being older than dirt, and using a walking stick

By Snafu 7 hours ago