There’ve been a few tweets come through this week that I thought needed a special setting. And since it’s the bye week, I thought this the perfect time to do so. In this article we will go through a few Faeks and discuss. The rules and disclaimer of Taeks also apply to Faeks.

Additionally do not seek out the authors of these ‘taeks’ to ridicule, maim or otherwise harass them. It could be illegal and Seth isn’t licensed to practice law on the interwebz. Worse yet, you might make the following week’s ‘Taeks’. We’ll make you famous.

But enough talk, let’s get cracking.

First up we have Mike Florio, heralded as an American Sports Writer and Owner of Pro Football Talk. This not to be confused with Pro Football Focus. Where on one website thorough analysis is performed on NFL players and Division 1 NCAA football players with regards to in-season play as well as the NFL draft, on the other website we have things like this…

That gap is so wide that even former NFL QB Chris Simms, Florio’s fellow cohort at PFT, had to question the giant void between his ears.
I’m not saying Florio is a complete fraud… but if you live to hate Tyreek Hill, despite the evidence, and think Mahomes is a middling NFL QB you… might just be a Faekneck.

This round is bonkers, no lie. It truly fits the narrative of faek. On Wednesday I was snooping around the Twittervese and ran across a trending photo of a lady in a hospital room after giving birth to her child.  As a semi new father, I decided to glance a little closer.  Kids appeal to me more now that I can relate a bit better, they’ve softened my black heart.
Upon further inspection, the picture I saw appears to be a real photo of a real lady holding a faek baby, in a faek hospital room. Odd, right? Well judge for yourself.

There’s a number of things about this photo that look a little….. off. But mainly though, it’s the child. That’s a huge newborn, like…. wow… he/she is a healthy weight. Secondly, the child’s ear is… odd as is it’s skin. It’s Almost plasticy in appearance. But hey, anything is possible, right?
Well apparently… ANYTHING IS POSSIBLE. (The plot thickens)

So to give you a brief synopsis (at least of what I’m led to believe) of the pictures you’re looking at… the picture one the far left is said mother having a baby shower for the soon to be child. Just look at all those gifts. The following photos are of child’s 3D image, the birth photo, and then a sonogram that was given to the father. Well the soon to be father, feeling some responsibility up and joined the Army to help support his new child and significant other. Good for him and his country, thank you sir. Well after awhile, and for reasons we don’t know, Father of said child begins to get suspicious about this whole ordeal and openly discusses this with a friend. Well his friend googles the sonogram photo… and turns out it’s an exact match from a photo already on the interwebz. So here we are, not knowing the truth but strongly suspecting a Faek.
And as my good friend Fox Mulder would say…

Speaking of friends, this last one comes to us via an ol’ friend. And in the spirit of friendliness, I’m not missing an opportunity to rib someone. Ya see, awhile ago (nearly a year) I decided to create a weekly article here on ArrowheadGuys called Tuesday Taeks. For 95% of you this is nothing new, but for the 5% its essentially an article where I collect all of the nonsense that people spew on twitter and pile it into one place. We then get to poke fun and have a chuckle.  Well… it was brought to my attention a month or two ago, that someone from Another Place also created an eerily similar weekly article. This article talked about hot takes (WTF is a hot take? ) from across the web and also was ran on Tuesdays, but not now? I don’t keep up… Anyways, I’ve been told that imitation is sincerest form of flattery, so thanks I guess, but even I have lines in the sand.
*Draws imaginary line in imaginary sand*

You see, it’s not that you borrowed my idea… heck, it’s not that you used to do it on the same day my article came out… it’s not even that you ask people to manufacture TAEKS, weak but honestly I could care less. It’s the fact that you chose to make an outlandish title for clicks, purposefully misquoting the original tweeter. And in doing so, you implied the CHOSEN ONE was a faek idol. Well my friend, just call me the Guardian of the Holy Grail.

You know what comes next…

After seeing the life being sucked from another human being I must say I feel… a bit satisfied. Satisfied enough to call it a day. Works over folks. It’s Friday and I’m headed home to have a Busch NA in honor of all of our fine contestants. Love y’all, Stay Faek.

These articles are fantastic. Please never stop the Taeks or Faeks. I appreciate them greatly.

I’ve gone back to the other place, and holy crap the game threads are somehow even more toxic than here. There’s some people there who I’m convinced that if we won the Súper bowl 65-0 they would still say we aren’t playoff contenders.

Love these things, always good for a laugh.
You couldN’T care less, otherwise you care some & that’s likely not your intended message. Thank you. You may return to tweaking noses.

The other site is still there?

Let’s Argue: “Another Place” is better than Arrowhead Guys …

had to go look, and I was amused to see that they are still featuring “fan”shots for the staff, but apparently not for the fans who put up fanshots. Misleading, to my way of thinki9ng.

ridiculous, actually … of course, some of the fanposts are … well, shall we say less than amazing … there are times when I really wonder about some people

The question is who’s comment is the bigger teak? Florio’s for thinking Cousins is anywhere remotely close to the QB Mahomes is, or Simms’ for thinking Mike hasn’t been making dumb ass teaks his entire career?

Unless Florio can’t fire Simms, Florio wins that race by several length. Calling the boss an idiot in public is generally a good way to get fired.

the analysis on AP was trending up, but then they decided to double down on restricting fan conversation on issues they rather not talk about.

and now, they are running so low on content that they are copying ideas from other sites.

also, Xavier Cantana (big boy Cantana?) got his twitter account banned. he was cursing at Chiefs fans left and right and kept promoting his website where only 10 people frequent regularly.

We live in a messed up world. 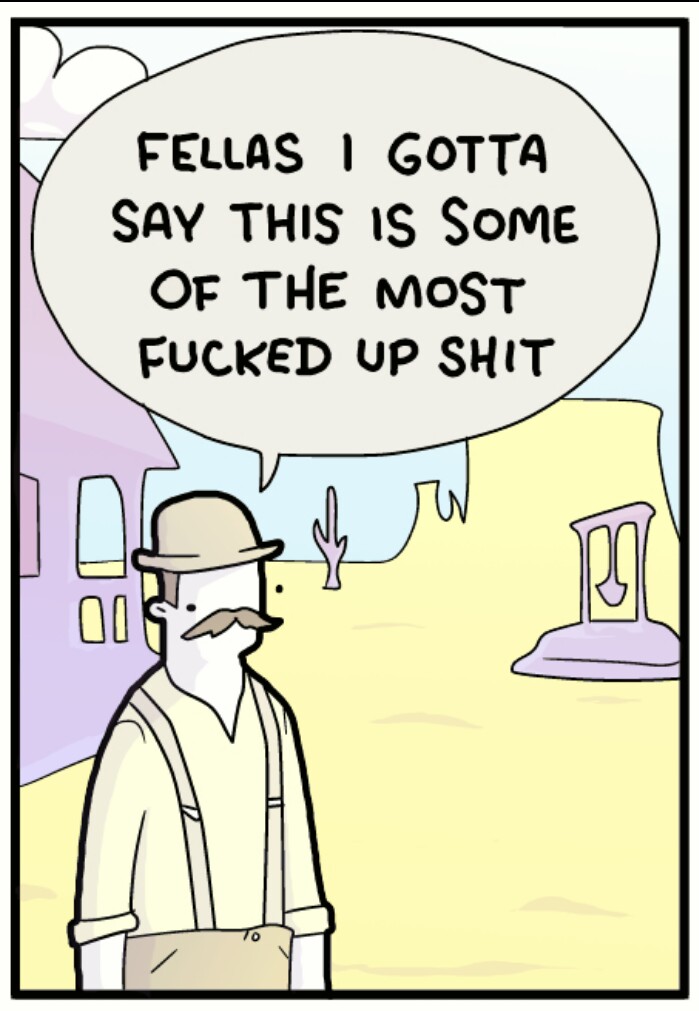 Seems pretty clear that the thing on the right’s supposed to be a well, but the bucket’s so rounded at the bottom that at first glance i thought it was a pendulum, a la Edgar Allen Poe.

Are you saying the “Let’s Argue” column on AP is a “Tuesday Taeks” rip-off?
I never made the connection. Then again, I don’t miss a Tuesday Taeks and have yet to click on a Let’s Argue… this may make me do so. Weird result?
I think so.

Confirmed.
Of course they deny it.

it pretty much is …

I thought about looking at it just so I have a reference at which to make fun of them with. But then I came to my senses and realized I’d be playing into their hand by giving the clicks they desperately need by doing so. You almost got me Mr. Mussolini. You almost got me.

What was the fake baby momma’s plan? Was it to keep pretending to have a child and kidnap one when he gets back? Or was she going to get as much money out of him as possible before calling the vacuum repair store?

you got me…. vacuum repair store?

In Breaking Bad when they want to run away and get a new identity they call a vacuum repair guy.

A downvote? That was kind of funny, actually.

If I can make one person laugh, I know humanity will last at least past my own life. That’s good enough for me.

Hoes will do anything to get some of that Tricare.

By Tony Sommer 4 weeks ago