You ever get a gut feeling? My gut told me this was going to be a long day for the Kansas City Chiefs when the opening touchdown to Tyreek Hill was called back. My gut was right. Always check your gut.

Last week a family emergency kept me from the winners/losers article after the Patriots game, much to my dismay, but I’m here for this one.

The Chiefs looked a little off on the offensive side of the ball for the second straight week, and our defense appears to have been figured out. Pay no attention to the knee-jerk reactions.

No winners today, so let’s start the ranting.

New fans don’t have a reason to be humble. The Chiefs have been the favorites in almost every contest since 2018. They don’t remember the Greg Hill years, or the Tyler Palko years. There’s a whole bunch of Chiefs fans eating crow today. I waited until I slept on it, but some of my thoughts remain. Chiefs Kingdom needed to check their heads as much as the team did.

The rest of Chiefs receivers

The rest, meaning not Tyreek Hill, and not Travis Kelce, although he took the blame for this loss. Last I checked he didn’t play defense, but we will get to that later. It sure looks as though Patrick Mahomes doesn’t trust the rest of the receiving group. Almost every offensive snap shows Mecole Hardman or Demarcus Robinson running routes without being targeted. Week after week.

Through five weeks Hardman has 13 catches for 194 yards and 2 touchdowns. Ok, that isn’t so bad. It does seem like we have to watch 90% of the game before we see Mecole do much with the ball. Robinson, on the other hand, has been a waste of roster space. Sorry. I love him, but he isn’t worth his contract. Not unless things change. Out of 15 targets, Robinson has 8 receptions for 50 yards. That is not what you would call production. Byron Pringle had almost half the yardage on one catch. Deon Yelder has one catch so far, as well.

These stats leave us asking why. Why is Robinson on the field half the time when he doesn’t get targeted, or get open, and can’t block a cardboard cutout? I know as well as you do that he has the talent to do and be much more. We are also carrying four tight ends on the 53. Yelder has that one catch, and Nick Keizer hasn’t had a catch yet.

Hard to spread the field with this type of production. Is there anyone on the practice squad we can bring up? Can they do better than one catch in five games?

Since it’s just one game, I’ll take it easy on the defense as a whole. However, two individuals make my eyes cringe. Watching this game for a second time revealed what I thought during live action. Generally, there was always one player 5-10 yards behind a Raider receiver after a big completion. Dan Sorenson, you are on notice.

Dan, thank you for snuffing out that fake punt in the playoffs. I’m done pretending nobody else would have made that same play. I know Sorenson is a favorite, but one good play out of ten is not worth a roster spot, either. Remove Dan from the roster and tell me how much worse we are. Anyone can cover bad and miss tackles.

Ben Neimann, you are on notice, as well. Watching Neimann play is like that meme where the character is poking something with a stick, saying “do something”. He earns high praise over and over and I’m having a hard time figuring out why.

Patrick Mahomes said it best after the game:

” We have to be able to get to 3rd down and manageable. We have to stop relying on crazy plays just to get down field.”

He’s talking to you, O-line. Not only does Patrick have to run for his life every snap, but he is forced to make the impossible, possible. Even Mahomes can only do that 50% of the time.

The Chiefs had two touchdowns taken away due to penalties, a holding call in the 1st that negated the best play of the game, and the illegal block by Kelce. That’s 14 points. The Chiefs lost by 8. Simple math. This season has similar shades of last year. Start off hot, lose to mediocrity, and well, last year turned out pretty good.

You weren’t the reason we lost, but that doesn’t change the fact that the referees missed so many blatant calls, and called many penalties on both sides that didn’t warrant any merit. How does Tyreek get two Raiders playing piggyback seconds before the ball arrives and not receive a flag in his favor?

Do better, stripes. Do better.

They sure seemed to want this one more than Kansas City did. It was obvious that they were tired of getting whooped up on. Derek Carr had one of the best games of his career. The defense stepped up big in the 2nd half, and Josh Jacobs ran all over the Chiefs.

It was bound to happen. Despite what has been written above, this loss doesn’t hurt me as much as I thought it would. It is still a loss that the Chiefs can’t afford to be losing. Especially with only one bye in the playoffs. The Chiefs don’t like doing things the easy way, though. 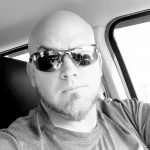 Haven’t been able to locate mine….I’ll get back to you

Chiefs Kingdom needed to check their heads as much as the team did.

On the topic of the defense, Charvarious Ward took a lot of heat (including from me) for (seemingly) being out of place on a couple of those deep balls (on one, to Raider #11 I believe, I think HB/Thornhill was supposed to provide help over the top that never came). I wonder how much of his blown coverage is due to his broken hand though. I can remember being in the military and running several miles one day with a broken bone in my hand, and that was an excruciating ordeal.

Hats off to him for playing, especially with Sneed out and with the plethora of other secondary issues, but having taken a day to reanalyze the game, I think Ward perhaps took some unfair barbs.

I have done zero film study on this game, but I’ve been hearing the safeties are mainly to blame.

I really think they D will tighten up after being embarrassed. I just think back to a couple games last year where they got embarrassed and came back strong the next week. Remember that game where the defense had a trillion penalties? They came back the very next week and had zero! I think Spags will continue to work through all the issues and they will improve.

Robinson can ball. He has made a career of making tough catches and occasional big plays. He’s not good after the catch like Sammy, but talking about dumping him is, in my opinion, reactionary and wrong. One problem is dropping passes when he is wide open, which he has to keep working on. He’s also not great after the catch, while Sammy turns into a RB (injury prone cause?).

Also, I don’t know who is right, but I heard someone else saying he’s a good blocker, which is a reason why they keep him out there for certain plays, while you say he can’t block his own shadow.

Robinson belongs on this team, he helped us win a SB, and he will help us win more games down the line. Remember, he’s also cheap and knows the system.

Sure, get Pringle involved too. But if you call Sammy injury prone, you can say the same for Pringle.

D-Rob is still an unrefined receiver. There is a place on the team for him, but Pringle should be above him on the depth chart.

I’m all for the best receiver playing the most snaps.

Greg Hill would gain 2yds on 3rd and 4 and still get up and “Raise the Roof” in celebration.

Is anybody else disappointed in Darrel Williams? I thought he was going to be a Spencer Ware type. Change of pace bruising runner. Sherman sees the ball more than him in short yardage and Ive yet to see anything more than blah out of him.

The truly sad thing about sorensen and nieman is that we notice their ineptitude and they arent even on the field. Sorenson played a little bit over 50% of the snaps which seems like a lot against a team with a thumping rb who doesnt catch the ball much and a TE who is basically a wr.

Nieman is just atrocious. His snaps should go from 30% to 0. Special teamer extraordinaire.

I,too, feel like Robinson’s production doesn’t match his playing time. I would really like to see what Pringle could do, especially now that Watkins is out. Pringle looks to me like the one would could best replicate what Watkins has been giving us.

Sorenson and Robinson are both players that could be replaced. Reid has always shown a penchant for holding on to players for years and not letting younger players sniff the field despite showing potential.

Overall, the Chiefs were just off. I think they over looked the Raiders physicality and got beat up. The Refs and the announcing made that display further infuriating. We all know the Chiefs can do better. But you’re right, Mahomes needs better protection and the team needs better execution. So they don’t get executed again like they did on Sunday.

The effort on that last fourth down run was surprising. I thought they’d more clutch than that after that tackle by Breeland.

I’m with you. I would have rather we kept Conley than Robinson. Conley seemed like he had pretty good hands (in the Alex Smith years, at any rate) and seemed to be a “get up and get it” type of receiver who was clutch more than once on 3rd down.

Robinson, while good, is inconsistent, especially when it matters.

The Chiefs Defense Has Snow Game Guys Too 2 replies

Mitchell Schwartz and Sammy Watkins are out Sunday.

This would be fine.

If I’m in the Chiefs shoes, I keep Watkins and Schwartz out until after the bye week. See you Raiders week. You want them healthy and fresh for the run. They can get to 8-1 without them.

Sammy Watkins (hamstring) is not expected to play Sunday vs. Jets, per source. Chiefs will give playmaker another week to heal up.

And my latest video from RGR! Make sure to check it all out! Lots of content coming your way!

By Chief for Life 2 days ago