With 7 games left in the regular season (the season feels like it just started…) it’s about time to start looking at the playoff picture. And for the Chiefs there’s two main areas of concern.

Making the Playoffs (Winning the Division/Getting a Wildcard)

We’re currently half a game up on the Chargers and Raiders, but that’s a very different half game since we beat the Raiders and lost to the Chargers. We’re in a solid spot to win the division, but we probably need to beat the Chargers in Los Angeles if we want to be sure of it.

But overall it’s looking more and more like it’s one of those years where if the Chiefs don’t win the division they didn’t deserve to make the playoffs anyways and weren’t real contenders. We’d be better off with the higher draft picks if we struggle that badly the rest of the way.

While the Bills and Ravens are an issue in theory, in reality it’s the Titans that will stand between the Chiefs and the only seed that matters.

We need the Titans to lose a lot of games, so they’ll be at the top of the list until the top seed is out of reach (or I guess if they lose a lot they may fall completely out).

If the Chiefs do well enough down the stretch to pass the Titans it’s unlikely the Ravens or Bills will be a problem despite their tiebreakers, but as they say better safe than sorry. The Browns are listed here since, if they win the AFC North, gives the Chiefs an extra boost since we’ve beaten them but lost to Baltimore.

The Bengals, Raiders, and Patriots are all theoretically an issue for the Chiefs, but in reality it’s highly unlikely any of them will be the difference between the Chiefs and a playoff spot.

Am I missing something? Don’t see the defending SB champions on your top twelve list. I hate the bucs as much as anyone, but they should be on it somewhere.

Last edited 11 days ago by probablyamistake
0

Never mind. This is the AFC picture. Got it 👍

Dont deserve to make the playoffs?

Deserve’s got nothin’ to do with it. (To quote William Munny)

We have have Patrick Fucking Mahomes we deserve to win every year whether we are the 1st seed or the 7th. 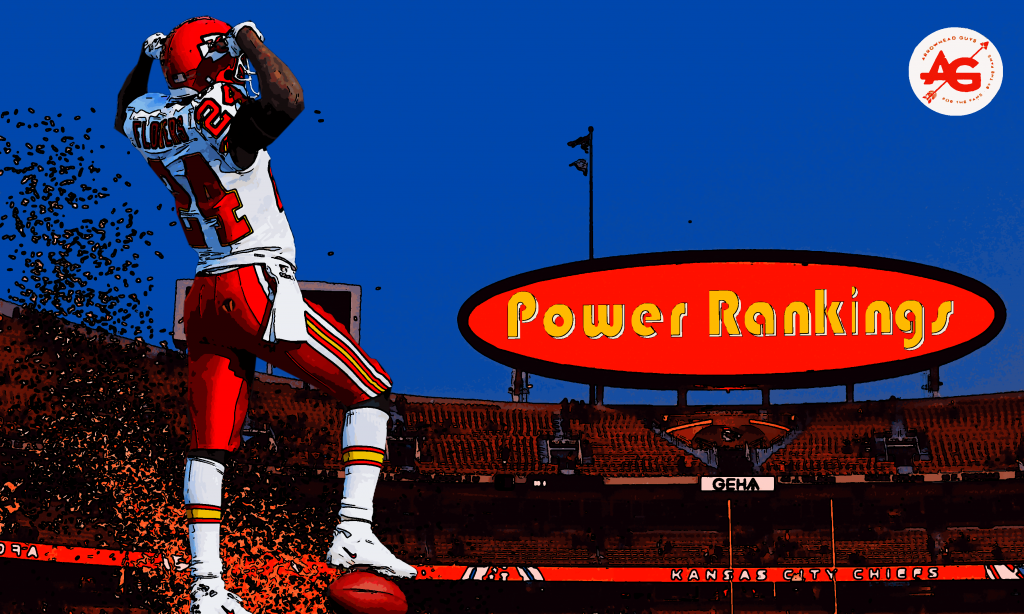