We’re in the endgame now. The division has been clinched, and while the 6 loss teams (Bengals, Bills, Colts, and Patriots) are technically still in it for the top seed, just one more win by the Chiefs (which, even if they lose to the Bengals this week, would be virtually guaranteed against the Broncos in week 18) would knock them out of the race.

It is only the Titans who remain realistic contenders. The magic number is only 2, meaning a combination of Chiefs wins and Titans losses would clinch the top seed. That has a realistic chance of happening this week, as the Chiefs are naturally favored over the Bengals and the Dolphins are only 3.5 point underdogs to the Titans. Those two games go the Chiefs’ way, and we’ll be resting starters against the Broncos.

But if that doesn’t happen, if the Chiefs beat the Bengals, but the Titans also win, then no problem, as the Chiefs would only need a victory over the Broncos to clinch it for good.

.@tkelce and @patrickmahomes in the building for the Cincy-Bama game 👏 #CFBPlayoff

What are we gonna do about the right tackle position? Are we going into the Superbowl with a fucked up situation at tackle again? We have a 3rd string tackle out there now and Niang didn’t get the experience that he needed because of injuries. Remmers is who-knows-where or when he will come back. We still have Kyle Long but that’s a complete unknown. Adam Schefter
@AdamSchefter
Asked today if he has a New Year’s resolution, Chiefs’ HC Andy Reid answered, “I was going to say eat less, but then I’d feel like Pinocchio.” 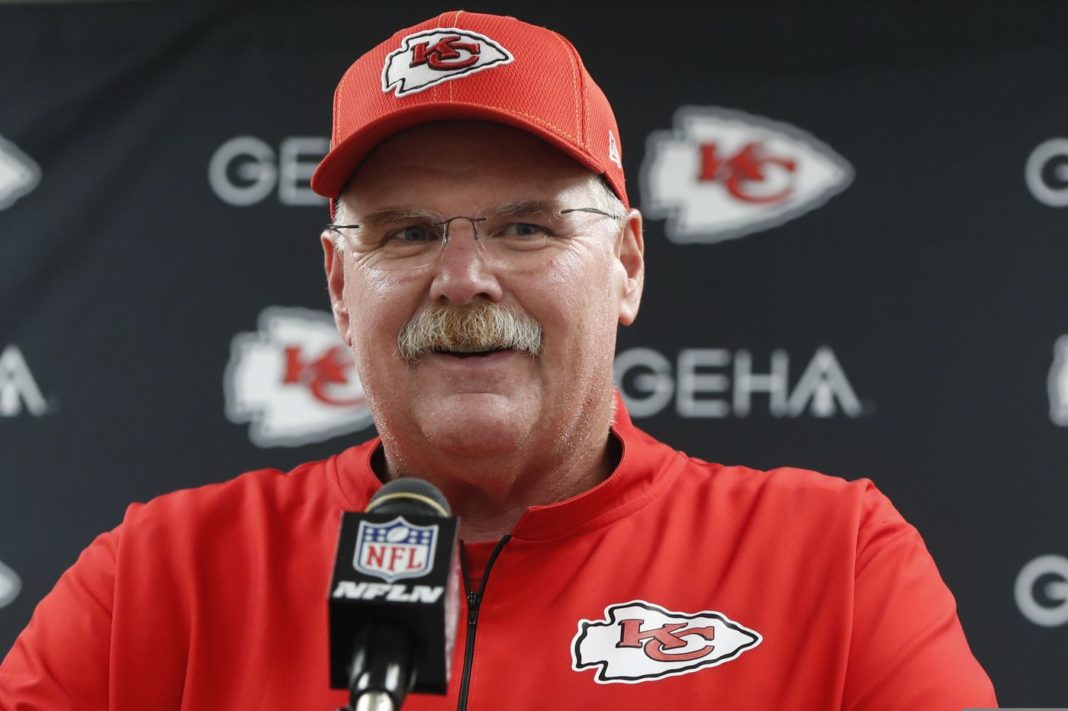 A lot of that going around 🤯

Last edited 4 months ago by MasterChief
4

Into The Afternight: Our 3rd Shift O/T 117 replies

Into The Afternight: Our 3rd Shift O/T 11 replies