This is question 8/10 on my 10 Biggest Questions list. Here are some links to check out the other ones if you haven’t read them yet. Thanks!

In the 2022 draft, the Chiefs used extra draft capital acquired to make a significant investment at cornerback. The Chiefs traded from 29 to 21, giving up 94 and 121 to get up to that spot. At 21, the Chiefs selected Trent McDuffie, the star cornerback from Washington. In 2015, the Chiefs hit on another Washington cornerback in Marcus Peters, and the hopes are that McDuffie can provide a similar impact to this defense.

And yet… McDuffie’s a weird player to analyze. In terms of just playing cornerback, McDuffie’s a clean prospect. He’s a smart football player, combining enough good instincts and athleticism to warrant a first-round talent. There’s no denying it, after watching McDuffie’s tape; he was definitely worth a first-round pick.

And yet, McDuffie’s not the cleanest projection in the league. While McDuffie has nearly everything you would want from a cornerback upstairs, he doesn’t necessarily have an ideal profile besides that. It’s not with his athleticism. McDuffie’s explosive, possesses the ability to change directions fluidly, and quality long speed to stick with most receivers in the NFL. The problem with McDuffie is simple; size is a problem. McDuffie measured in at 5’10 3/4, with a paltry 29 3/4″ arms. Only 23 CBs since 1999 have been measured with shorter arms. Of that list, only 3-4 guys have succeeded in the NFL with arms that short.

Now, let me be clear; I’m not a measurables-only guy; tape and how a player performs mentally have just as big of factors in the success of an NFL player. Yet, at some point, the game does come down to size. The best players generally are the guys with elite size and mobility. McDuffie’s got the mobility and all the intangibles, but frankly, his size means he’s going to be an outlier if he succeeds.

Now, guys who have that lack of arm length have succeeded in the league, but it’s mostly all out of the slot. Whether it’s Nickell Robey-Coleman, Troy Hill, Elijah Molden, or Donte Jackson, all of those guys have succeeded in the slot. Even though the league is trending bigger in the slot, it’s a more comfortable position for shorter players. Playing in the slot requires more intelligence and COD, which McDuffie has. You have to match up with shiftier WRs, while also being able to cover ground in zone coverage. McDuffie can do both of those things well.

Yet, it seems the Chiefs are going to try him on the outside first. McDuffie’s a smart player with good athleticism, but I simply can’t see him succeeding on the outside. Length and size matter more at CB and are more important than in any other position. Even though the traditional X WR isn’t as prevalent, the athletic profiles of these bigger WRs are better now than ever. You have to have the length/speed combination to succeed against these elite X WRs anymore.

McDuffie’s problems remind me some of Mike Hughes. Now, let me make this very clear; McDuffie is a better player. He’s smarter, more athletic, and healthier than Hughes. I don’t expect McDuffie to have anywhere the same struggles Hughes had. But, we saw the issues with Hughes on the outside last year. He couldn’t press because of his lack of length, and while he has quality elite speed, if you’re getting blown off the line because you can’t jam a WR, it’s extremely hard to slow down a WR. Not to mention, Hughes couldn’t make any plays at the catch point. It’s a bad combination to have.

This is why Hughes had to play in the slot for Mike Zimmer. When they tried him on the outside, it didn’t work. Hughes could hardly play (because of injuries as well) because Zimmer couldn’t afford to have so many tiny players on the field at once, and MacKenzie Alexander was better. Hughes was drafted in the first round, but he couldn’t find a role on the field because of his size issues.

Again, McDuffie is better. I’m not trying to write this piece to defame McDuffie. Still, he’s going to have these same questions in the NFL. I’m intrigued to see where the Chiefs answer this. Are they going to break historical trends and put him on the outside and expect him to succeed? Is McDuffie good enough to help against the run to make him a viable slot option? I’ve had these questions since the pick occurred, and it’s arguably my biggest point to watch this season.

I think Trent McDuffie’s a good football player. Still, he has questions to answer for me. I don’t hate the pick by any means, but McDuffie’s success is going to be an outlier. Outliers do occur, but that bet isn’t a favorable one for the Chiefs. How the Chiefs decide to align and use McDuffie will present his pathway to success. I hope it’s in the slot, but I’ll be interested to see the plan. 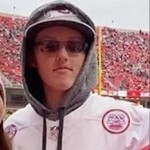 Occasionally writes about the Chiefs when in the mood. Willing to discuss/think about anything (probably too much). Follow @natech32 on Twitter

awesome as always, Nate … many thanks for sharing your thoughts and analysis with us!

IIRC (doubtful) John Dorsey (I think it was) had a “thing” for CB’s who were 6′ or taller, just for that whole “size & length” think you mentioned

that said, McDuffie SEEMS to be the type who CAN be successful DESPITE his “limitations” (and my best guesstimate is that Veach thinks the same way or he wouldn’t have traded up for him as he did – the guy does his homework)

Thanks for that analysis, Nate. Great perspective.

How in the world did you come up with the data on arm length? Pretty interesting actually.

Mockdrafable has a database on all Combine data since 1999. Just a search in their database

McDuffie will be a boundary starter that slides inside in subpackages.

The best thing is that McDuffie, Sneed, and Fenton can all be boundary and slot defenders. That means our opponents can’t gain an advantage based on presnap shifts. So much flexibility for Spags.

It will be big if McDuffie pans out as a good CB.

Hopefully his short arms aren’t much of a hinderance. 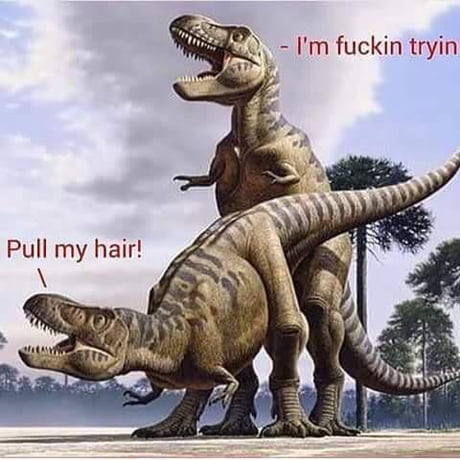 Mecole Hardman wildcat with Mahomes outside

Toub says Noah Gray and Daurice Fountain are gonna be relied on to be key special teams contributors.

Tershawn Wharton had a couple of good reps on Trey Smith including a successful spin move.