Cheetahs have a thin frame with a narrow waist and deep chest. They have large nostrils that allow for increased oxygen intake. Cheetahs have a large lungs and hearts connected to a circulatory system with strong arteries and adrenals that work in tandem to circulate oxygen through their blood very efficiently.

With its long legs, and very slender body, the cheetah is quite different from all other cats and is the only member of its genus, Acinonyx. The cheetah’s unique morphology and physiology allow it to attain the extreme speeds for which it’s famous.

Uniquely adapted for speed, the cheetah is capable of reaching speeds greater than 110 kilometers per hour in just over three seconds. At top speed, their stride is seven meters long. The cheetah’s unique body structure: flexible spine, semi-retractable claws, long legs and tail allow it to achieve the unbelievable top speed of 110 km/hr. (70 mph). The cheetah’s body is narrow and lightweight, with long slender limbs. Specialized muscles allow for a greater swing to the limbs, increasing acceleration.|cheetah.org

Now hold on, I know what you’re thinking, and no, you didn’t accidentally type in Animalheadguys into the search engine and no this isn’t an edition of Mutual of Omaha’s Wild Kingdom. What we’re trying to find out here is exactly how did the nickname, Cheetah, originate ? So put on your khakis, dust off your safari hat, grab your binoculars and let’s get to it.

So after thorough research, and endless interviews, it seems the answer was there right in front of us the whole time. SPEED, pure and simple SPEED. Tyreek actually started the nickname himself, as Hill has always called himself “cheetah” and referred to his speed as “cheetah speed”. The nickname really caught on in 2018 when Hill got into a tit-for-tat with 49ers Matt Breida, who also went by Cheetah. Hill, at the time, tweeting “There’s only one Cheetah, and you can’t be a Cheetah running a 4.48, or whatever”.

So, we know the name goes back to at least his days at Alabama, and we know it revolves around one thing and one thing only, SPEED. So, how fast is fast ? In 2016 Hill ran a 4.29 second 40-yard dash at his Pro Day, the fastest time of any participant in the 2016 combine. In 2020, week 14, Hill hit full on cheetah speed at 21.91mph. The fastest Hill has ever been recorded on the football field came on a 27-yard kickoff return at a speed of 23.24mph. Hill’s personal best in 100 yards is 9.98 seconds, where many athletes struggle to hit the 10 sec mark. So a perfect nickname for the fastest player to adorn a Chiefs logo …….

Speed, balance, strength, control, a remarkable athlete and he works hard at it. Nice write-up.

So do we know much about his heel injury? It looked like he was limping pretty badly Saturday

We saw that cheetah speed last Sunday on just a couple of plays that only went for like 2 yards combined but at a rate of 100 yards/sec.

well of COURSE it’s about speed … what did you THINK it was about?

Cheat – Ah , like his girlfriend thought he was getting some on the side there for making him unfaithful ,commonly referred to as a Cheat -Ah. Or someone that may cheat in a game to profit ones position or status, ( cheat – AH ). 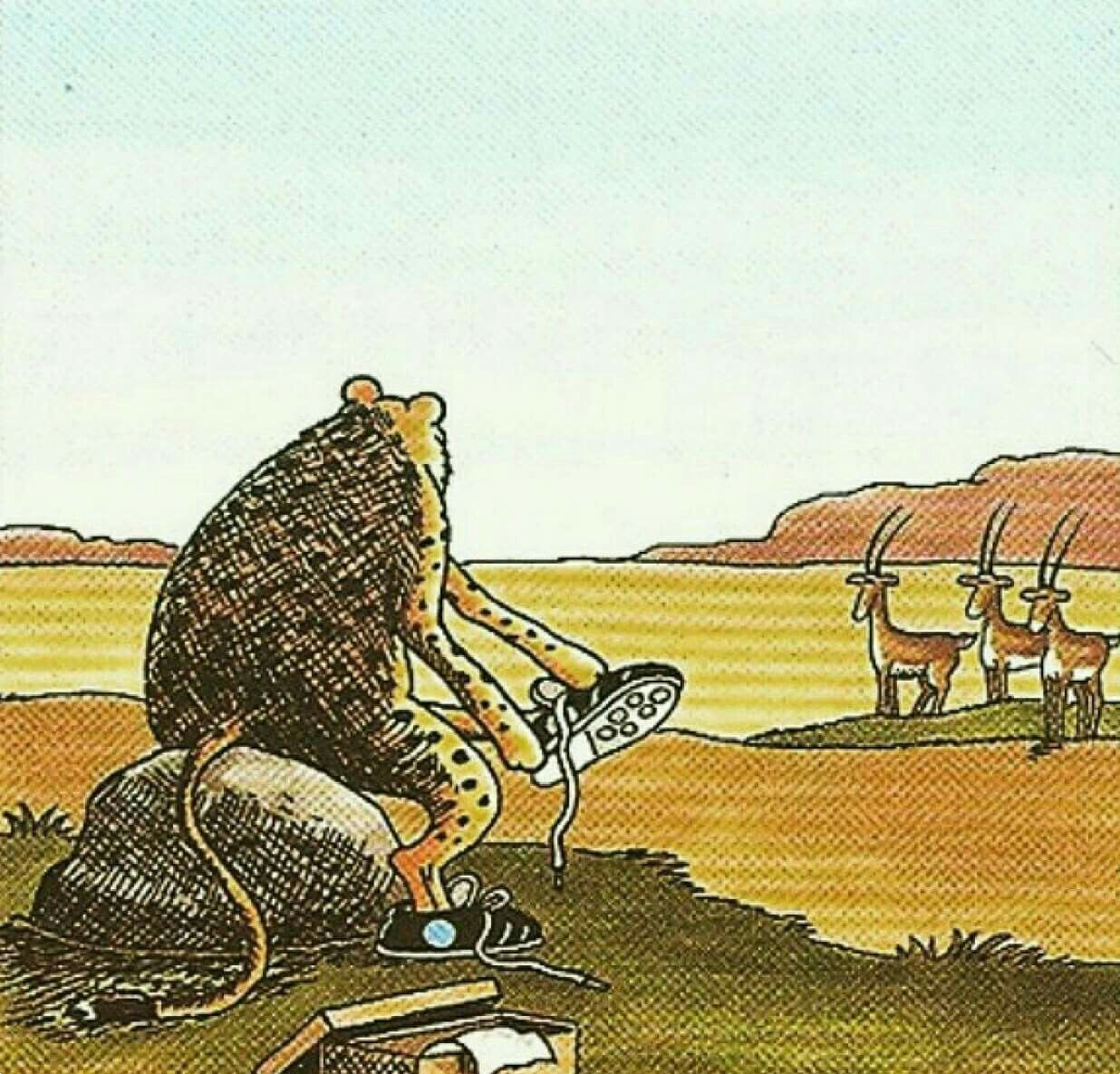 I think it was gary larson.. but he had some good toons.

It’s In the Water
Ballers – (aka: put in work) like DADDY – xoxoxo hahahahaahaaa

Something in the water in Garden City…

hahahaha
and yes, tons of cows in GC – 2 cow slaughterhouses — every day is the SMELL of $$$$

GC, use to have the world’s largest FREE pool – I think Garden City, KS charges for entry now.

My sister lived there for a year or so. Heading into town, there’s a cattle slaughtering place on one side of the road, and on the other side a lake tinted red. Smells like death there. 🙁

With four legs you wouldn’t have thought a sore heal would have affected him that much!

Let’s see some Cheetah speed Sunday! He needs to get loose to open it up!

He needs to get loose to open it up …

… underneath for Hardman, Pringle and the RBs

Should The Chiefs Be Worried About Buffalo’s Big Game Against New England? 2 replies

By Tony Sommer 1 hour ago