I followed my pre game prep to the letter, and then decided to go all stupid and go to the store to get a nice bottle of Scotch to drink during the game.  That went out the window in the third quarter.  Now I need to call the landlord to get the windows replaced.  I blamed it on the grand kids.  Just my top notch parenting skills at work here.  I switched back to BHQV with two minutes left in the third quarter.  Bert’s to the rescue!!!

Anyway.  Let’s get to the game.  This week I asked my granddaughter to help a bit.  Her contributions consisted of the following:

He threw the ball to that other guy and he ran for a first down.

We’re going to win this one.

Are you kidding me?

Call a time out!

Why didn’t he call a time out?

She also added the following when my parents down in Costa Rica called during overtime:

The quarterback for the Chiefs is Patrick Mahomes.  He wears number 15.  It used to be Alex Smith who wore number 11.

First off, I have to say this review was really difficult for me to write because all my research into the Meh Ravens indicated that they were a really Meh team.  Thank God for our defense.  They can make any team we play look exciting.  So maybe the Ravens are still meh, but in this game the meh didn’t shine through.

Of course, the injuries pilling up on our offense didn’t help.  Game time reaction to both the Ware and Hill injuries was a big NOOOOOOOOO!!!! Why does this have to happen!!! Whew.  Hill’s back.  The Cam injury didn’t help either.  Had a drink of Bert’s on each injury.  On the plus side.  My intestines are now clean.  Another plus. Houston showed up big.  That strip sack and recovery was a thing of beauty. So another drink of Bert’s (BHQV really needs to look into sponsoring my articles).

In the first quarter we got the first reaction from my granddaughter, and it was a two for.  It consisted of the following: “MAHOMES!!!”, and “RUN!”  Both takes were pretty spot on if you ask me. In fact they were much better takes than 90% of the takes I saw in the games first quarter open thread. So.  A drink of Bert’s for my granddaughter.  I may have phrased that wrong.  She didn’t drink the entire glass.  Get real.  She’s only eight.  No way in hell a person that has the high end parenting skills that I have will let her drink an entire glass.

The second quarter consisted of a lot of “Run!!!”  There was some “Time out.  Call a time out.  Why didn’t he call a time out?”  I think my granddaughter may have gone to the Andy Reid school of time management.  Of course her comment about Run!!! Was pretty spot on.  So another drink of Bert’s.  It also consisted of her comment that foretold how the game would end. As the quarter ended with us up 17-10 she said, and I quote “We’re going to win this.”  She is really good at this whole thing if you ask me.

On to the second half. My granddaughter saw the first three minutes and decided to go to her room to play.  I probably should have joined her.  That pretty much sums up the third quarter.  I mean how much more in depth can you get than I’m going to leave now. Let me know if anything exciting happens.

In the fourth quarter things started getting interesting again, so she came out of her room to watch again.  This time wearing her Alex Smith t-shirt.  I really need to start a gofund me to get her the Mahomes jersey she wants as well as the Hill jersey, and the Kelce jersey.  If I hit the money needed for these three I will for sure order them big enough for me to wear so she will have room to grow into them.

On to over time.  This is where my anxiety really kicked in. So, two more drinks of Bert’s.  This is the time my parents decided to call.  My stepfather said they could callback as soon as he realized I was watching the Chiefs game.  I must admit. That guy is the best.  Not wanting to be rude though I told him that it was OK, and his great granddaughter wanted to talk to him.  That’s when she came up with the brilliant insight of “Patrick Mahomes is the quarterback for the Chiefs.  He wears number 15.  Alex Smith used to be the quarterback and he wore number 11.  That’s 1 1.”

Now it’s on to the San Angeles Chargers.  Her take on the upcoming game.  It’s the Chiefs of course.  Remember you heard it from her first.

If you haven’t been to their site to make a purchase please do so: 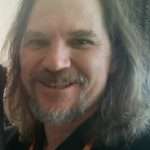 Thanks for the writeup Zif. But can we do something about your giant mugshot? Took me like 6 scrolls on my mouse to get past it.

Send me a bottle of Bert’s High Quality Vodka and I will look into it.

I sure hope you’re keeping track of these.

Thanks for the short escape from work that is great stuff. On second thought I could have used a longer escape maybe I will reread just to be thorough.

AG has sources who can confirm that Berry recently began a strict BHQV training regiment that accelerated his potential return to the field.

Without it he’d literally still be day to day.

Bert’s has all the heals.

BHQV use # 79; muscle and tendon treatment

You can’t have an injured heel if your foot melts off. Losing a foot sure helped Tyreek Hill out last game

Got my ornament Saturday. Love it!

Currently on day 2 of a hangover form a Saturday bar crawl. Worth it with the W Sunday.

I take back one of the bad things I may have said about you in the past. (I don’t know specifics, but I’m a horrible person so the odds are pretty high).

Only another 652 articles to go to get all the bad things you’ve said about me taken back. This may take a lot longer than I thought to clean my slate with you.

I would like to know how bad hills foot is . They said they took his foot off but i was drunk .

From what I understand from looking into this matter, the medical staff cleaned off the lower leg, and the foot using Bert’s High Quality Vodka and stitched the foot back on. That is pretty much the reason he was able to return to the game like he did.

Hill said he was good to go for Thursday. We shall she how it is today though.

I’m pretty sure it is day-to-day

Read an article (so I’m an expert). Basically its a bone bruise unrelated to Achilles. It hurts to walk because of heel strike. But pro runners mostly run on their toes. So he can run significantly better than he can walk. Plus it makes him look like a f’n warrior (which he is).

Got my ornaments as well. Look great. I’ve realized I’ve been wearing my jersey’s backward this whole time. It’s a bit awkward for me.

Must have done some in depth research on matchups! Great work on getting it right granddaughter.

You missed an opportunity when you didn’t end your article with the line above btw.

Thanks for the tip. As a serious journalist any input is appreciated as long as it is accompanied by a bottle of Bert’s High Quality Vodka.