Which is, simply stated, that the only way to guarantee that a player not get injured is to not play him, which defeats the purpose of having him on your team in the first place.

What that means in reality is that it’s a matter of risk management, primarily with how injured players are handled. While the details vary widely, down at the core of it there are basically two scenarios for any injury: Those which take the player out of the season entirely, and those in which the player can return from, be it the next snap or come playoff time. (Berry’s an exception to this but then again he wasn’t injured per se, it was a medical condition.)

Now the focus for risk management/player health for a season is primarily on players who do not hit IR, since once a player’s done for the season, there’s no risk to manage with him, team-wise; but that said, the pressure increases throughout the season to keep your team’s health maximized due to the shortening of the recovery time available. It only stands to reason that early in the season, a 4 – 6 week recovery period is one thing, but at least for the playoff-bound teams, the same time frame means something very different. There are other complicating factors, of course, such as individual healing rates and the variance between injury types that fall under the same general term, such as “sprain” and “strain”, both of which cover a wide variety of injuries within their category, but I’m covering this mainly to put it aside, because there’s no way to factor in the individualized data short of a scientific study.

Anyway, back to the main theme. As the season begins to draw to its conclusion, fans pay more and more attention to recovery times, and in two different directions. One’s the increasing worry that a player who goes down might not be able to recover in time, with its concurrent desire to limit risks for bang-up players and maximize the quality of their recovery time via a timely week off, i.e. snag a bye or rest your starters in the last game, if at all possible. The other’s the growing worry about players with legacy injuries, and when they might return – or worse, why they haven’t yet returned, as though it’s something that is their own fault. In a few cases, that can be true, but that group includes some who got re-injured accidentally, say via a slip and fall, and in any case, it’d take a very detailed look to tease out the numbers.

But all along the way, the coaches will have to deal with losing players to injury and getting them back after an injury. The fact that IR returns are limited complicates this considerably. And unlike fans, the coaches must concern themselves with both when a player can potentially return vs. what he will be when he returns vs. what do you do while he’s unavailable. That’s a complicated formula, so it’s easy for a given fan to complain about a “wasted IR return” when the player is both a veteran player and will be potentially available five games (and in actuality four) before the preferred player, who would still be a very inexperienced rookie upon his return – and with very few game left in the season.

There’s evidence during the season past that Andy’s been careful about managing his overall team’s health, and as the season has wound down, it has been even more obvious. While I don’t think Reid was trying to lose against Seattle, I’m pretty sure that of Fuller, Erving, and Ware, at least two could have played, if it was a game we needed. Instead, Reid decided he needed them healthier in the long term than he needed a win against an NFC team. Who gets rested, Watkins aside, during the Raiders game may well come down to how the game plays out, but I doubt he wanted to give
too many people two weeks in a row off, either. Letting too many develop “rust” isn’t the best idea there is to go into the playoffs. We can hope that Andy will run up the score some on Sunday, and ease players out as the outcome becomes more certain.

But the ugly truth in the NFL is that any game, no matter how meaningless, you can lose a player for the season/post-, and the only way to protect your players perfectly is to not play them, so the balancing act plays out on Sunday. And it’s a game I think the entire team wants to win, not just for the fans and the stats and the bye, but also for the sake of morale, closing the season with a win – and knowing that if they lose to a team that hasn’t done well this season, it’ll haunt them going forward. Winning breeds confidence, while doubt is the child of defeat. Anyone who’s been involved in sports knows the feeling of both.

I’m looking forward to the Big Reid Machine to get the W while minimizing injuries. Then again, it’s the Raiders, and we know how they can be, so the latter’s more faith than confidence.

But I’m still confident in the win. I hope y’all are, as well, but if not or if so, that’s what the comments section’s there for.

The time is right to get right!

Here’s to winning the next four injury free. Raises shot glass of BHQV.

If we snag the 1 seed with everyone healthy for the playoffs, then all of Reid’s assumptions and gambles during the season have paid off. If we lose to the Raiders, then we will question his decisions for all eternity. Personally, I think pinning your hopes on beating a bottom-feeder at home (albeit a division rival which can get a little fucky) is a relatively safe bet, but it can also be said that he squandered a chance to lock it up a week early (while the defense wasted a chance to do it 2 weeks early). But again, all is forgiven if the Raiders fall.

I think the defense comes out looking better and the offense finds its early season groove and the Chiefs drop another 40 burger on the Raiders.

If we can’t beat the Raiders at home then we have problems that no playoff seeding can fix, so I agree. Still, losing last week as just sooo frustrating.

Got to keep the Magic man upright in the pocket and not running around to save his life. Sure would like to see his uniform sparkling clean with no dirty raider fingerprints on it at the end of the 51-16 romp.

I don’t want to jinx anything, but the Chiefs have had the healthiest season I can remember in a long time. Not many on IR, more importantly perhaps, not many critical players on IR. Presumably Sammy will be back for game 1 of the playoffs, though he may be rusty AF given the number of games missed.

I don’t know how they handle Mr. Dr. He hasn’t been activated, so won’t play vs the Raiders. Do you throw him in for the start after the bye? Do you put a RG on a snap count? Seems counter intuitive for an OL. That is a tough one. I don’t know how to get him back without risking the continuity of the OL, especially not knowing where he is at physically, and having no regular season games to give him a tune up. I suppose you play Wylie and hope for a big lead to get him some work?

I think if they do activate LDT from IR for the playoffs, it will be for him to play all the snaps he can. There is no easing in during a single elimination format. If he can’t go, he won’t get activated. If he thinks he can go but looks awful once the game starts, Allen or Wylie gets in there (preferably Wylie) and I suppose one could then say the Chiefs “wasted” the IR return, but who else do you really think is going to help much off the IR? I know Watts is a name that gets mentioned, but he only played four games, we don’t really know anything about him and he is a rookie so who says Sutton would actually put him in anyway?

Healthiest? I suppose if you look at the correct set of numbers, that could well be the case – but doesn’t account for Berry being unable to play, and yet unable to be replaced outright. And reviled though he may be around here, having Sorensen on IR at the same time didn’t help. Additionally, the OL’s interior 3 have been pretty beat up, and when you have injuries stacked up within a unit, they loom larger than when considered as simply “injured players” without regard for who, when, and at what position. Losing Hunt due to his misconduct didn’t help, either, but that’s not injury-related. And there there’s Watkins’ struggle with his injuries.

Multiple injuries to a position group can be devaqstating, as illustrated in the Turf Monster game in Indy, where we lost our top RB straightaway, and then his backup, with plenty of game left. I know, I know, “next man up”, but you can’t go from your 1st to your 3rd RB without seeing a drop-off, unless you get dead lucky. I forget who was 2nd and 3rd for that game, but JC’d probably had the bulk of the practice snaps, with the #2 (Davis, was it?) picking up the leftovers. The #3, one or two at most, so not exactly game-day ready as a primary starter.

By pompano 7 months ago

By Tony Sommer 9 months ago

By Tony Sommer 9 months ago 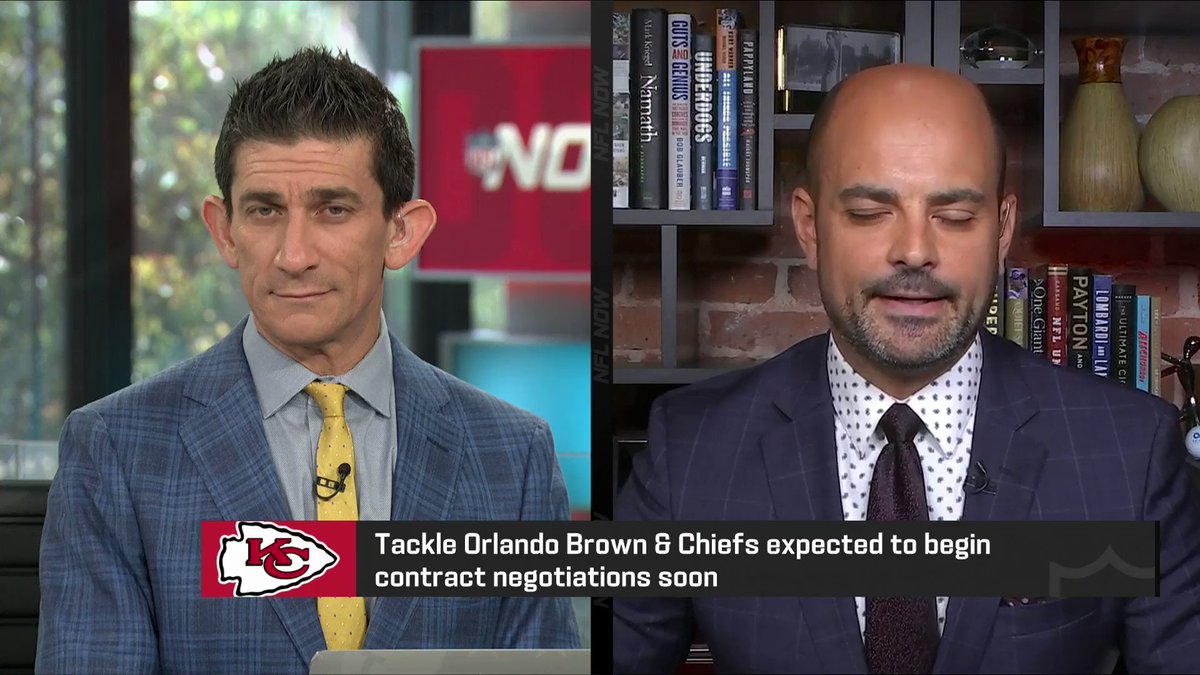