The idea of playing football games on Thanksgiving dates back to 1876 mainly because it was a day that most people had off work.  It was started by college football when Yale and Princeton began an tradition of playing each other that day.

By the time pro football came around playing on Thanksgiving Day was already an established tradition so it was only natural that pro football would follow.  There are records of this going back to the 1890’s.  Later, when the NFL started up, several of the teams played games on Thanksgiving Day, but in more of a random fashion.

George A. Richards, the owner of the Lions started the Thanksgiving Day game as a gimmick to try and get people to come to the games.  The difference was that he also owned the radio station WJR, an major affiliate of the NBC blue network, and he negotiated an agreement to show the game live across this network, making it a national event.

In 1939 FDR decided to move the holiday ahead one week in order to give people more time to buy stuff for Christmas.  Initially only about half the states recognized the change, which threw a big wrench into the game scheduling.  Between this and WWII, the NFL didn’t schedule any games on the holiday from 1941 to 1945.  When it finally resumed, only the Lions were on the schedule.

In 1966 the six year old Cowboys started hosting Thanksgiving games, mainly because they felt that there was nothing else to see or do that day.  In 1975 and 1977 Commissioner Roselle replaced the Cowboys with the Cardinals, but that didn’t fly to well as the Cowboys had a much better national following.   When Roselle backtracked and reinstated the Cowboys, Dallas requested an agreement insuring that they would have Thanksgiving games forever.

Many people think that the reason everyone falls asleep on Thanksgiving is because of some chemical in turkey.  In reality it’s because they have to watch two boring teams play games.  In order to help keep people awake, they introduced throwback uniforms in 2001.  Some of these godawful color schemes not only kept people awake, but would make them sick as well.

Chief’s owner Lamar Hunt lobbied hard to also become an fixture for Thanksgiving day, and when the NFL added a third game in 2006, the Chiefs were the first team to play in it, but not made a permanent fixture.  Hunt lobbied hard for it, but passed away and the issue died with him.

The winless 2008 Lions almost cost them the day as well because of complaints that their games weren’t competitive.  They even had to get an exemption to prevent a local blackout. Roger Goodell decided to leave the lions with the date, but left the option open to revisit it in the future.

The success of the Thanksgiving Day games eventually led to the introduction of the Thursday night games.  A part of this was to defuse the complaints of other teams about not being able to play on Thanksgiving, host the game, or the home field advantage as the visiting team would lose a day of practice due to traveling.

So now that you know the story behind the Thanksgiving Day football games, you can sleep soundly on Thanksgiving day with the sounds of the Lions and Cowboys playing in the background…

The same to you and yours. I also honestly hope the same for those who dislike me, like Saints and PAM.

One hates, one misunderstands imho …but what the fuck do I know…

Socially speaking? More than me, by quite a way. In case you haven’t noticed it, when it comes to social interaction, I occasionally become like a bull in a china shop, even when things didn’t get heated.

I’ve said it before, my social development was stunted before 1st grade, and from there, it got more and more twisted. I understand how it all works extremely well, but if I plug myself into the same equations, it’s a coin flip, at best.

It’s the psych patient paradox, but a different presentation. I function at such a high level that when things go pear-shaped for me, I’m considered to be just an asshole. There’s no winning, in this game.

Serious question, have you ever tried meditation? You have the discipline to commit, will your brain let you do it.
Corey Forrester (comedian) is a good twitter, discusses his own issues, More depression, but how to recognize one’s fucked up brain.

Yes, I have, and more than once. Unfortunately, when I manage to quiet down everything, I can’t stop thinking. Letting my mind roam on its own generally turns out badly for me.

I kinda figured that. Never have myself, but letting the mind roam then allowing it to dissipate seems to help some.
Fight the good fight

I am not particularly well socialized either, for different reasons. I think that explains our simpatico, at least in part.

I’m on the fence for the new Beebop, not hating it, but…we’ll see.

For those of you who will be cooking tomorrow… 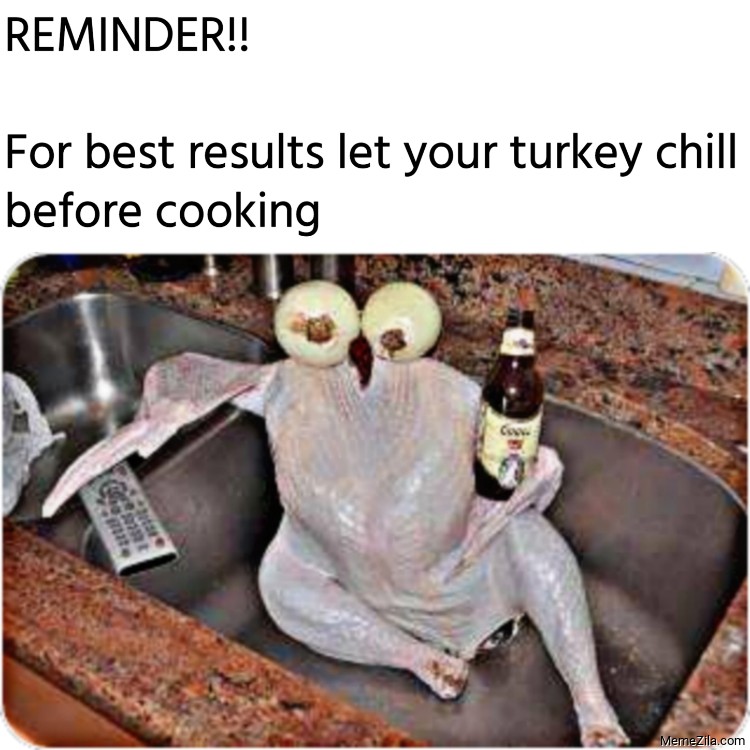 I am all for Detroit having a game, based on tradition, but the Cowboys? No, they need to rotate it with the rest of the league. There’s no reason for one team to be featured every Thanksgiving.

Bird is prepped.
Who else likes ambrosia (pineapple/mandarin oranges/marshmallow/cool whip) ?

Hell yeah. My mom adds shredded coconut. Do it.

I think mayo’s in there, too.

I detest coconut, so no.

Say brainless do you know where coconut comes from

Last edited 6 days ago by pompano
1

I’ll bring you lightning to the nations!

Keep the tradition – When I was younger, Thanksgiving was an all day affair with 25-40 family members. Now, there will be four of us and be done in an hour and a half. Keep your traditions alive and enjoy them as you live thru them.

We ditched the family and went to that game on Thanksgiving that Lamar lobbied for. He was too sick to attend. If I remember right he was in a Dallas hospital and died shortly afterward. I believe we played the donkeys. I remember my niece in Denver giving me shit that we would lose when I called on my way up to the game. We didn’t lose.

I went to a Thanksgiving game game against Denver. Jake Plummer was the QB for Denver and everyone stood the virtually the whole game, banging on the seats the whole time. It was loud, wild and one of the best games ever.
Had deep fried turkey and crappie. Never forget

Crappie and Turkey isn’t the normal combo you think of! but I like both.

I completely forgot to do the ot today and was out of the house when I remembered, so thankfully hoosier had this awesome post ready to go.

I had no idea thanks Hoosier..and wishing everyone a great holiday..hopefully you will be spending it surrounded by family, friends and food.
And as a bonus we get to watch the raiders implode….

Actually, it was kind of a nice respite. I was tied up helping Mrs. Hoosier put up Christmas décor. I told her I had to take a break for an emergency…

It’s an hour and a half later and I’m still milking it!

well, the parties over. She caught me reading this post. now I have to put up the Christmas village, whatever that is.