The Oakland Raiders were founded in 1960. No one’s sure where they were found, but it is suspected that it was in a dark, dreary, and very warm place that no one wanted to be. They were even re-founded in 1995. In between, they were on the lam in Los Angeles. Ironically, they were formed as a last-minute addition for the AFL after Minnesota joined the NFL instead of the AFL. Oakland didn’t even ask for a team, but the AFL needed an 8th team, and the Chargers owner threatened to drop out if there wasn’t another West coast team. So we have the Chargers to thank for the mess that followed. They even had a team naming contest, and the winner was the Oakland Señors. There were so many jokes made about the name that it only lasted 9 days, when they changed the name to the 3rd place name, which was the Raiders. This selection was appropriate because the Raiders not being in 1st or 2nd place would make up a large part of their future history…. The team colors were originally black, gold and white. After the 1962 and 1963 seasons, where they went a combined 3-25, including a 19 game losing streak, they decided to drop the overly-optimistic gold color and go with silver. The rumor was that they used this color, so they could use black sweatshirts and duck tape for the uniforms.

This was the time they hired Al Davis to be the coach. He spent 3 years as their coach before becoming the commissioner of the AFL. He only lasted 2 months in that position because the AFL and NFL merged, and he was no longer commissioner. Sounds like my writing career. Now in between jobs, trying to get back into the Raiders organization, money was tight, and he had to resort to cutting his 11-year-old son Mark’s hair himself using a Tupperware bowl and some old scissors.

In 1969, the raiders hired video game developer John Madden as coach. He was known for his fondness of turkey drumsticks, which he often presented to his games MVPs… The rest of the turkeys formed the nucleus of his teams…

A major event occurred in 1972. At the time, Wayne Valley and Ed McGah were the main owners, and Al Davis had just a 10% stake in the team. While Valley took off for a few weeks to see the Munich Olympics, Davis had his attorneys draw up ownership papers giving Davis total control over the Raiders. He managed to talk McGah into signing them, taking over complete control of the team. Valley wasn’t happy when he learned of this, took it to court but lost. The Raiders players weren’t the only ones that played dirty…

This started a period where the Raiders were winning games and BS like that, so we’ll skip this period.

In 1982, Davis moved the team to Los Angeles. They would remain a solid part of the city’s homeless population for the next 12 years, when they would then move back to Oakland. It was around this time that Davis coined the phrase “Just win, baby” signifying putting winning above everything such as rules, sportsmanship and such. This did not go unnoticed by a future Patriots coach, who chose to follow the same principles. His little known version of the saying was “Just deny it, Brady”. The return to Oakland also gave birth to what is known as “the black hole”. The name refers to the area of the stadium that has sucks all useful brain cells out of the individuals residing there, leaving them nothing but an empty shell that basically spills beer, yells vulgarities, and think that dressing like a pro wrestler is a good idea. It is believed they are politicians during the off season.

After some winning seasons, the Raiders come to their glory years. From 2003 to 2009 they had a combined record of 29 wins and 83 losses. They were the first team in history to lose 11 or more games in 7 straight seasons. Trying to end their losing ways, in 2007 they drafted JaMarcus Russell first overall. They found he quickly adapted to the Raiders culture and the losing continued.

In 2010, the Raiders managed an 8-8 record, becoming the first team to sweep their division and not make the playoffs. Coach Tom Cable said, “I finally began to feel that we weren’t losers”. Al Davis fired him for saying that. (Probably because everyone knew they were still losers). In 2011 Al Davis passed away. His son Mark inherited the team and the family Tupperware bowl. However, the Raiders would continue their losing ways.

In 2018, the Raiders hired the renowned Hollywood horror movie star Chucky as their coach. To date, they have failed to win more games in a season than the number of movies their coach made (8). However, they managed to maintain fan interest and excitement with such personnel moves like hiring Television personality Mike Mayock as their new GM. Mayock started his new job with a splash, trading for Antonio Brown from the Steelers. They traded a 3rd and 5th round draft pick for him, but apparently forgot to include his helmet in the trade. Brown arrived at training camp in a hot air balloon. Apparently the over-abundance of hot air in the balloon caused it to raise to a higher elevation than planned, and he got his feet frostbitten. Things went downhill from there.

In 2021 the NFL was investigating Washington owner Dan Snyder for various offenses.  While sorting through his emails, they came across several from Gruden that occurred 10 years earlier that vulgarly attacked about every taboo subject possible, including Roger Goodell.  Even though Gruden was working for ESPN at the time, the uproar over the emails were severe enough to get him fired in the midst of the season.  Interestingly enough, we never heard what the emails were from Snyder that prompted Gruden to make the comments he did, and the only words shared were Gruden’s. I enjoy fishing, do it a lot, and something smells fishy here…

To make matters worse, shortly after this, first round pick Henry Ruggs ran into legal trouble and was dismissed from the team.  A couple of weeks later, First round pick Damon Arnette was also dismissed due to legal issues.  While the Raiders traditionally fall apart on the field, this year they chose to also fall apart internally as well.

To summarize, while the Raiders try to provide entertainment to their fans, the reality is that they are more entertaining to the other teams fans. In the last 18 seasons, the Raiders have had 1 winning season – and yet they are the ones that trademarked “Commitment to Excellence”.

[ed note: As an editor, and well-versed in catching homophonic errors (caught one or two prior to this), I really can’t be sure if that word should or should not be more accurately spelled as Excrements. I leave it to you, gentle reader, to decide.]
5 4 votes
Article Rating

So Rapistberger gots the ‘Rona

At Chiefs rally in Vegas tonight with gonzangkc11

email me pics if you want to share with us.

Happy birthday to me

the fuq you talking about?
(also happy B-Day).

you should have an “obscure rock” show on Sirius, or anywhere,

I really should. I have a face for radio, after all.

I know that everyone does not get as psyched up as I do BUT I have just completed simulation number twelve – The Frank Gansz Chiefs were just eliminated, joining four other Chiefs teams – Cassel/Crennel, Cassel/Haley, Edwards/Thigpen, and the 1977 Chiefs – the Wiggin/Bettis team with Livingston at quarterback.

could have just watched old film.
Real question, were you expecting different results?
Not sure if I understand the exercise.

Last edited 2 months ago by pompano
0

bar’s dead tonite, no one will bitch if I play the jukebox…(1/2 the patrons hated this song, so I always played it)

How confident is everyone? Score predictions? I’m thinking this is our get right game. Chiefs 32-17

Seriously, this was my favorite thing that you’ve ever wrote (that I’ve read). 5 stars times infinity into a black hole.

I had to bump this post. If you just commented on this and you didn’t actually read it, take a deep breath and scroll back up and don’t breathe again until you read every word. You owe it to your Chiefs fandom to invest in this material visually. It’ll make you a better human and put hair on your Raider Hatin Chest!

Last edited 2 months ago by Chief-Blinders-On
0

Kudos to this skier and his cameraman. So damn cool… pic.twitter.com/9p9zxNuvlR 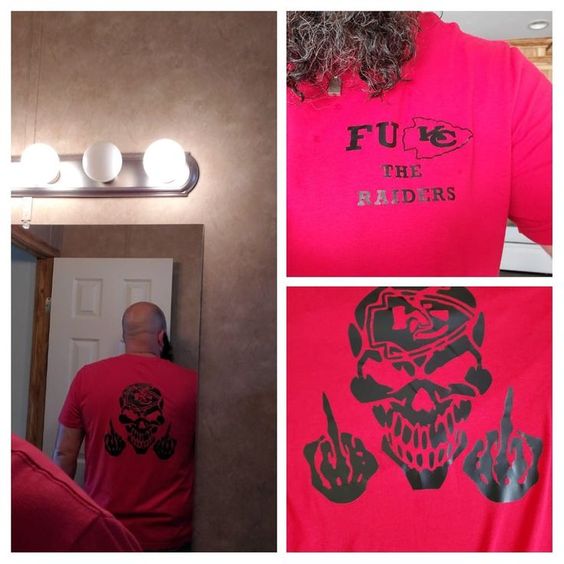 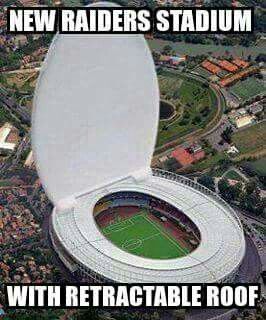 That was the most entertaining story I’ve ever read. Bravo Hoosierchief!!

Gonzo just landed in Vegas…and he said fuck the raiders….

ALWAYS FUCK THE RAIDERS!!! Just make sure you wear a condom when you do that. You dont want none of that to stick to ya. 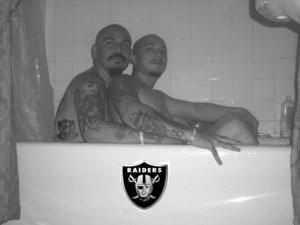 before the 63 season (I think it was, either before 62 or 63 in the off-season) the Chiefs traded QB Cotton Davidson to Oakland for their next-year’s 1st Round Draft Pick, which ended up being the 1st Overall (for the AFL) and the Chiefs used it to select Buck Buchanon … the very 1st Person of Color to be selected first overall in the draft (AFL or NFL)

thank you for that gift, Al Davis, wherever you are

thank you EVER so much for your enlightened contribution …

Excellent…. I fricking hate the raiders, the black hole, the owners, the players, there stupid new stadium..there very existence.. chiefs need a W tomorrow..and take back what is rightfully ours, the AFC west…
GO CHIEFS ……………………….

But how do you really feel?!!!

Congrats. Hopefully the Chiefs give you a gift!

that would be the best gift of all

How Did Buffalo Lose to Jacksonville? 0 replies

Should The Chiefs Be Worried About Buffalo’s Big Game Against New England? 18 replies

We re-watched the Bills vs Jags game where Josh Allen dominated against Josh Allen to see if there was anything the Chiefs could take away from the Bills loss.

How Did Buffalo Lose to Jacksonville?

Yesterday I talked about how good of a game the Bills had against the Patriots,

Good morning! Here is your #MorningHuddle