The 49ers started in 1946 as a member of the All-American Football Conference, founded by lumber magnate Tony Morabito.  They were the first major league professional sports team in San Francisco.  The advent of air travel is what allowed teams on the West Coast to become feasible.

They became part of the NFL when the leagues merged in 1950.  They would have mostly winning records in their first few years with the NFL under coach Buck Shaw, but wouldn’t make the playoffs until 1957 when they’d post an 8-4 record.  However, that would be their last visit to the playoffs until 1970.

In their 1957 game against the Bears, owner Tony Marabito died of a heart attack during the game.  Team ownership was passed on to Victor Morabito and Tony’s widow, Josephine.    During the 50s the team was known for their “Million Dollar Backfield” which consisted of four future HOF members, Y.A. Tittle at quarterback, and running backs John Henry Johnson, Hugh McElhenny, and Joe Perry.

In the early 1960s they became the first NFL team to use the shotgun formation, which was devised by 49ers coach Red Hickey in 1960.  They got off to a 4-1 start in 1961 with teams having a hard time defending this approach, however, in their sixth game the Bears crowded the line of scrimmage and rushed the quarterback, teaching the league how to defend against the formation.  They’d end up 7-6-1.

In 1968 Dick Nolan was hired as coach.  After a couple of weak seasons they’d go 10-3-1 in 1970 and lose the conference championship.  1971 would bring a 9-5 record, but the same result.  They’d lose their first playoff game the following year to Roger Staubach and the Cowboys, and post losing records the next three years after quarterback John Brodie retired.

The 49ers would trade for quarterback Jim Plunkett for the 1976 season, and they’d finally post a winning record.  In 1977 the team was sold to Edward DeBartolo, Jr.  Joe Thomas would be hired as the GM.  He’d be fired after the 1978 season, after making a complete mess of the team.

Bill Walsh would be hired to coach the team for the 1979 season.  They’d go 2-14 again in his first year, playing rookie quarterback Steve DeBerg.   Walsh popularized the “West Coast Offense”. This offense was a shorter version of the “Air Coryell” offense, which went more vertical.

In the 1979 draft, the Cowboys picked just ahead of the 49ers.  The highest player on their draft board was Joe Montana, but they already had Roger Staubach and Danny White at quarterback, so went against their norm of choosing the best player available and chose Doug Cosbie.  This allowed the 49ers to draft Montana.  In the 10th round they also took Dwight Clark.  Clark was pretty unknown – Walsh discovered him while scouting quarterback Steve Fuller at Clemson.

The 1980 season had Walsh alternating between Montana and DeBerg at quarterback, and they’d end up with a 6-10 record.  In week 14, after trailing 35-7 at half, Montana would lead a comeback for a 38-35 win.  This rally won Montana the starting job full-time.

In 1981 Walsh focused on overhauling his defense, bringing in rookie Ronnie Lott, amongst others.  This balanced team ended with a 13-3 record and a Super Bowl win.  This is the season in which “the Catch” occurred.  The following year was a strike shortened season in which they’d go 3-6, the last losing season they’d have until 1999.

In 1983, they’d be back in the playoffs, losing in the Conference Championship.  They’d continue to have a bunch of success, winning the Super Bowl in 1984.  They added Jerry Rice in the 1985 draft.  Rice later became famous for his dance moves.   Montana started developing some back issues, which concerned Walsh enough that he traded for Steve Young from the Buccaneers in 1987 for insurance.  Montana was still able to play, and led them to a 13-2 record where they’d be upset by the Vikings in the first playoff game.  DeBartolo stripped Walsh of the team president title, and Dwight Clark retired.

In the 1988 season Montana would battle elbow problems and the team would struggle until his return.  They would still manage a 10-6 record.  Montana would lead them to a Super Bowl win.  This was the game where he made the “hey, there’s John Candy” quote. Bill Wash retired after this season, to be replaced by his defensive coordinator George Seifert.

They didn’t miss a step, going 14-2 and winning the Super Bowl again, beating the Broncos 55-10.  In 1990 they’d go 14-2 again but lose to the Giants in the Conference Championship.  Montana would miss all of the 1991 with an elbow injury suffered in the preseason.  They would go 10-6 and miss the playoffs.  The elbow injury also caused Montana to miss most of the 1992 season.  He returned at the end of the season, but by then Steve Young was entrenched as the starter.  They went 14-2 and lost in the Conference Championships.

Montana requested a trade and was traded to the Chiefs for the 1993 season.  The 49ers would go 10-6 and again lose in the Conference Championships.  In 1994, they invested in numerous big name free agents, such as Ken Norton, Jr, Richard Dent, Charles Mann, and Deion Sanders.  They would go 13-3 and win the Super Bowl.  The next couple of years they would still post good records, but not go far in the playoffs.

George Seifert retired in 1997 and Steve Mariucci was hired to replace him.  They would go 13-3 and lose in the conference championship.  During this season, DeBartolo was involved in a corruption investigation involving Louisiana Governor Edwin Edwards and one of his Mississippi riverboat casinos.  Eventually, DeBartolo would be suspended from active control of the 49ers for one year.

In 1999 DeBartolo would return to run the team, but it wouldn’t last long.  He was hit with a series of lawsuits over control of the family’s holdings that led to him having to surrender control of the team to the Yorks as part of a 2000 settlement.  In the fourth game of the season Steve Young was blindsided by Aeneas Williams, knocking him out of the game.  He retired after that season.  He had said that he could have come back and played, but after discussions with Walsh, he realized the 49ers were going to be having major cap problems, and he didn’t want to risk further health issues for a losing cause.

Walsh’s prediction wasn’t wrong.  By 2003 they were 7-9, and in 2004 went 2-14.  They would continue to have losing seasons until 2011 when Jim Harbaugh took over coaching.  The 49ers decided to resign quarterback Alex Smith, and he blossomed in the new system, leading them to a 13-3 season.  They would lose in the Conference Championship.

The following year they’d get off to a 6-2 start when Smith would get a concussion.  He was replaced by Colin Kaepernick, who would lead them to a win the next week over the Bears.  Harbaugh would leave him in as the starter, creating a QB controversy.  They made it to the Super Bowl before losing to the Ravens.

In 2013 Alex Smith was traded to the Chiefs.  The 49ers would go 12-4 and lose in the Conference Championship.  By 2014 their dominant offensive line had collapsed, and they’d go 8-8.  Harbaugh was replaced as head coach with Jim Tomsula, who’d drop them to 5-11.  The next coaching victim was Chip Kelly, who lasted a single 2-14 season.

To summarize the 49ers, they pretty much were either really good, or really bad, and it would change from year to year.  They only had two .500 seasons in their whole 70-year history.

I don’t get it. Being an early riser, I get to read these articles soon after they go up, and I see a 1 rating but never a comment on why it was rated thus. A lot of work goes into these history articles, and I wish I could come up with something like that, but my memory issues make it difficult for me. You’re doing a great job Hoosier, and please keep it up, you have more fans than detractors!

Thanks. The irony is that I didn’t even know that rating system was there until people starting complaining about it.

Some people just want to watch the world burn…….another great read thanks Hoosier..

One-star Willy is very dedicated to his craft. They pretty much hit every single article with a one-star vote. I think it’s either the guy who has an Asian daughter and is heavily offended by AG’s victory celebrations, or it’s one of the disgruntled ex-writers. That’s my guess. AG could find out if they wanted to, but I think they like the extra clicks.

I’m not sure if that is traceable or not, but really, what are you going to do – kick them out because you don’t agree with their opinion? There’s enough of that stuff going on anymore. Sometimes he misses doing the one star rating, makes me wonder if he got sick or something! Kind of like that crabby person in the neighborhood that all of the sudden you miss for some reason when they go away!

By Tony Sommer 53 mins ago

Did You Miss Me? 35 replies 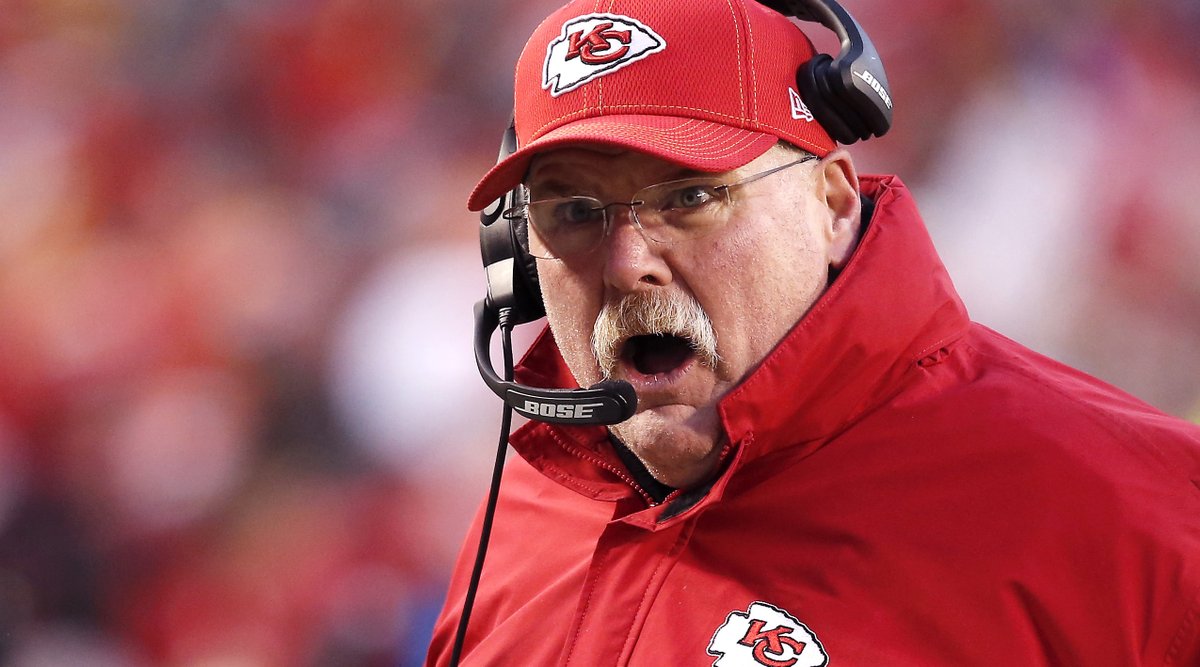 Most yards per rush allowed: