“You have to stay on top of things like that,” Mahomes said. “Another thing that I did that drove the coaches crazy is that I drew up like 25 plays. I was just in there drawing up plays forever and hopefully I can get a few of them in and we can get a few touchdowns in the postseason.”

“It’s huge. Having the two weeks, you can kind of mentally take off that first week. … We still practice. It’s not like a regular bye in the season when you’re kind of taking days off and not doing anything. We’re still practicing and even practicing pretty fast, faster probably than normal. Physically, we’ll be fine. It’s having that mental break that will really rejuvenate everybody, keep everybody ready to go, ready to be at work every single day and be the best possible player they can be for the team.”

“You never know what’s going on inside the team or the organization,” Mahomes told KCSP 610 Sports Radio on Monday, “But, I mean, just watching how he played the last few weeks, it did kinda confuse me at the time.

“For me, I would have wanted to play and finish out the season, no matter what our record was. But, whatever the coach thought was best for the team, he did, and you have to back that as a guy on the team.”

According to NFL insider Josina Anderson, the Jacksonville Jaguars are in the process of scheduling an interview with Bieniemy. He’s already completed Zoom interviews with the Atlanta Falcons and Detroit Lions for their head coach vacancies. He has requests from the New York Jets and recently the Los Angeles Chargers as well.

The good news is that help could be on the way for the Chiefs in ’21. Over at the Draft Network, Joe Marino has the Chiefs selecting Wyatt Davis of Ohio State with their first round pick at No. 32 overall. He writes:

FanSided’s Kyle Edmond follows suit in his latest mock draft but switches to center with the Chiefs taking Oklahoma lineman Creed Humphrey, an intelligent player with great experience who would be the best interior presence since Mitch Morse was allowed to leave in free agency.

Tom Pelissero of NFL Media reports that strength and conditioning coach Barry Rubin had the positive test. As in all cases of positive tests, contact tracing is underway and anyone deemed to be a high-risk close contact will have to isolate away from the team for five days.

The Chiefs are due back in their facility Thursday, although any plans for this week will obviously be contingent on whether Rubin’s case is an isolated one or not. Given the incubation time of the virus, the next few days of results will give indication of that.

Chiefs Announce “Run It Back” Campaign for Fans as Postseason Kicks Off | Chiefs.com

As the Chiefs prepare for the 2020 playoffs presented by Hy-Vee, the Chiefs are announcing the “Run It Back Sweepstakes” and “Run It Back Packs” as two special ways that fans can engage with the team throughout the playoff push. As part of the Run It Back postseason campaign, a number of activations will be popping up around the city to help build excitement as the team looks to defend its Super Bowl title.

Kelce said he used some of the money to purchase a Rolex and upgrade his shoe collection: “I’m a big sneaker fan and the Marty McFlys—the Back to the Future—the Nike Air Mags were the first purchase of kicks that I got.”

Fortunately for Kelce, he was able to avoid digging himself a huge financial hole in 2013. He also provided some advice to young players getting big paychecks, “Save it. Find a financial advisor that you trust, that’s gonna do right with your money.”

Here’s to seeing the REAL Chiefs offense for a few weeks!

Thanks for putting this together, DaChefs. Much appreciated.

Every time I think that my life has gone irrevocably off the rails, I always take solace in the fact that at least I’m not a Broncos fan.

Last edited 20 days ago by Nasrani
6

The Texans just finished one round of trying to imitate the Patriots with BOB. Ownership has obviously learned nothing from the experience. 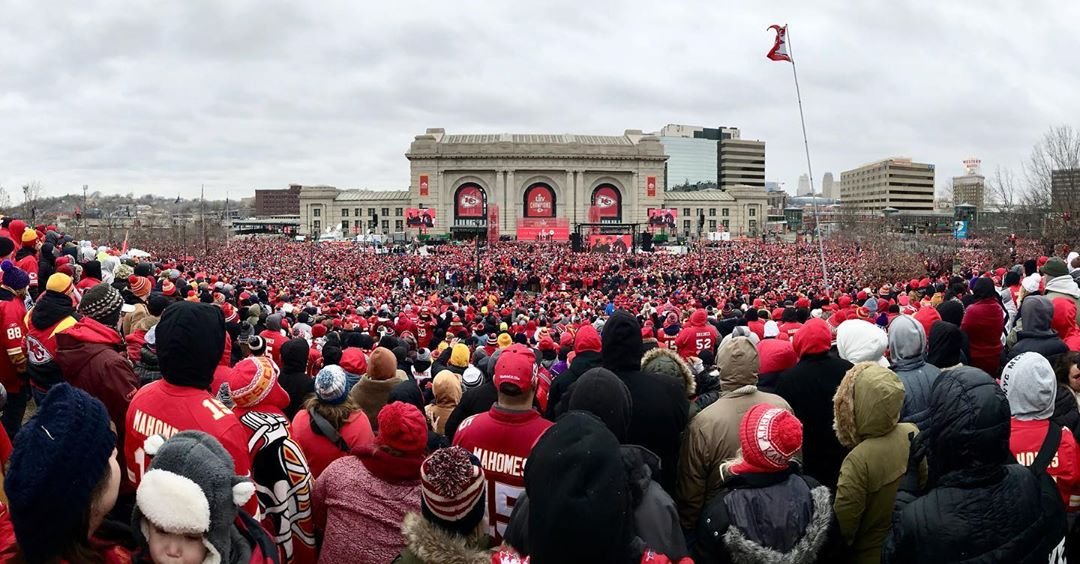 Knock on wood that this the only covid case on the team.

That bye is possibly even more important