KANSAS CITY, Mo. — Kansas City Chiefs wide receiver Sammy Watkins is in the NFL’s concussion protocol and his status for Monday night’s game against the Baltimore Ravens was unclear. Watkins was not scheduled to practice on Thursday as the Chiefs began preparations for the Ravens. “It’s more neck right now than the other part,” coach Andy Reid said. “He’s working through it.” Watkins was knocked out of last Sunday’s game against the Los Angeles Chargers after catching a pass and being hit in the head by linebacker Denzel Perryman, who was not penalized. Reid after the game called the hit “very questionable.” “We’re not supposed to have those [hits] in our game,” Reid said.

Ward cannot return soon enough for the Chiefs, as they are still without fellow starting corner Bashaud Breeland due to a four-game suspension, and defensive back Antonio Hamilton left Sunday’s game against the Los Angeles Chargers with a groin injury, though Reid didn’t mention Hamilton among the players who would be held out of Thursday’s practice. Ahead of Monday’s game against the Baltimore Ravens, the Chiefs could certainly use Ward’s return to bolster a defense that gave up 311 yards and 9.4 yards per attempt to rookie QB Justin Herbert in his NFL debut.

[Consensus: Kansas City +3.5] “The biggest matchup of the season so far pits the NFL’s two best teams against one another with the Kansas City Chiefs getting a nod by all but two of B/R’s voters for one simple reason,” Sobleski said in summarizing our final pick of the week. “The Baltimore Ravens are laying 3.5 points against the reigning Super Bowl champs.”

“Baltimore may be the better team right now, but there’s no reason whatsoever to bet against Patrick Mahomes and Co. when they’ve shown time and again they can score with anyone and come back from any deficit.”

Chiefs Kingdom hasn’t really seen a legitimate ballhawk since Marcus Peters’ time in Kansas City. Peters had a knack for pulling down an interception at just the right time and hopefully, Sneed brings that ability back to the Chiefs’ defense. With the Chiefs defense off to a seemingly sluggish start, creating those turnovers is a must.

The Chiefs are fortunate that Sneed is off to such a hot start. With Breeland halfway through his four-game suspension, the injury to Ward, and now a groin injury to Antonio Hamilton this past Sunday, Kansas City’s need at the position becomes even greater.

“Playing in a stadium with no fans is like the weirdest thing ever,” Hill said following the Week 2 win over the Chargers. “It almost felt like a scrimmage, and it felt weird for me at first. That’s why in the first quarter I didn’t feel like myself. . . . I feed off the crowd that’s what I do.”

“I’ve been doing this for a couple of years now and you get out there and you can hear every penny drop there,” Reid said. “Every little sound is magnified. But, when you really get into it, you’re like focused in, you put yourself in a bit of a tunnel. You’re looking at the clocks, whether it’s the play clock or whatever and the field. Once it gets going it’s OK. It’s just that initial — coming out in a brand new stadium with nobody in it — that’s a little different.”

“I remember when he first started throwing the damn no-look pass at practice and he’s been doing it since he was a rookie,” Peters said. “So, the dude is amazing.”

“It’s the passion and how he competes,” Mahomes said of Peters in 2018. “He’s a really talented player, but he goes out there every single day and he competes, and he loves this game.”

“He’s a Super Bowl champ, he’s an MVP of this league,” Peters told reporters Thursday. “He’s a hell of a player, man, and a guy like that, you’ve gotta respect his game.”

This is the absolute only chance I would have a completing a pass in an NFL game, and even then I would get it wrong nine times out of 10. Probably more like ninety-nine times out of a hundred

Keep up with all the NFL/COVID news at @TheAthletic:

Chiefs have not made any elevations from the practice squad for Sunday's game. WR Marcus Kemp gives the Chiefs five receivers on the active roster. Chiefs also have eight offensive linemen with return of Martinas Rankin.

The game was a 41-0 blowout, but the bigger story today was # 32 Sarah Fuller making history as the first female player to play in a SEC conference game! Congratulations#
https://imagn.com/sports/ncaa-football-vanderbilt-at-missouri/327539

I think there should be a requisite that someone has to watch an NFL game from the front row or the sideline before answering this question.

How many passes do you think you could complete in an NFL game?

Saints are fined $500,000 and have a 7th-round draft pick taken away for post-game massless celebrations after win in Tampa, sources tell ESPN.

As COVID-19 cases rise in the league and around the country, NFL officials are actively discussing creating “local bubbles” for the playoffs using team hotels. That and all other COVID developments in my story with @TomPelissero:

As COVID-19 cases rise around the country, the NFL has been affected more over the last two weeks that at any ...

#Colts QB Philip Rivers -- who’s listed as questionable -- looked good in his return to practice Friday and coach Frank Reich told me it doesn't look like Rivers’ injured toe will be an issue today against the #Titans.

#49ers standout CB Richard Sherman, sidelined since Week 2 with a calf injury, is set to return to the field today vs. the #Rams. He was one of a few players activated off IR who are set to play today.

#Raiders DE Clelin Ferrell, recently off the COVID-19 reserve list, has a chance to play today based on how he feels this morning, source said. He has barely practiced over the last two weeks and just got back on the field Friday. That will all be considered.

Clear your Monday night. Kansas City and Baltimore are the two best teams in the NFL, and they will face off in the best Monday Night Football showdown in at least two years. These teams were the top two seeds in the AFC last year, with a combined record of 26-6, and this season, they look like the conference’s best two teams once again. Jackson and Mahomes are the two most recent MVPs and Madden cover stars, and they lead the two most fearsome offenses in football. This could be the best game of the regular season—and perhaps a preview of the AFC championship game.

Ravens announced that there will be 250 immediate family members of players, coaches and front office staff members in the stands at M&T Bank Stadium for their Monday Night Football game against the Chiefs

Defensive coordinator Steve Spagnuolo on what the Chiefs are getting from rookies L’Jarius Sneed (4th round), Mike Danna (5th) and Tershawn Wharton (undrafted): “The expectations weren’t nearly as high as what we’ve gotten from them.”

Also for the Chiefs, DT Mike Pennel was a full participant in Thursday’s practice, his first with the team since he was added to the active roster earlier this week. 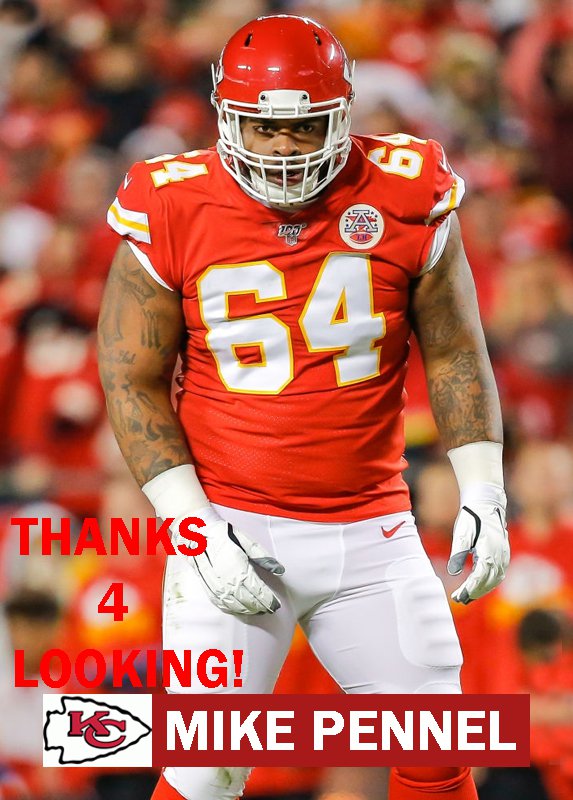 #Bills QB Josh Allen has 729 passing yards through 2 games after passing for 417 yards Sunday.
﻿ Allen joined Tom Brady, Peyton Manning and Patrick Mahomes as the only QBs to compile at least 700 yards, 6 TDs, and 0 INTs through the first two weeks of a season. 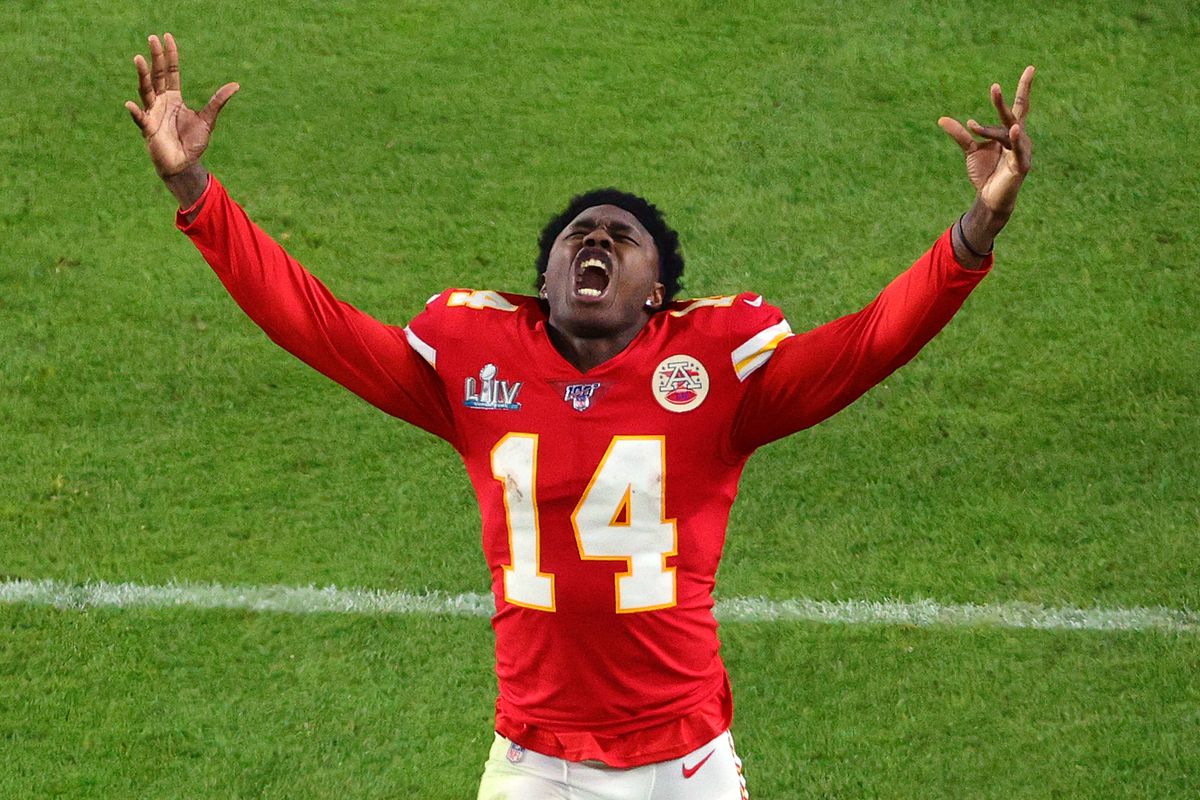 So no fine for the Sammy hit? I think I’m about to start a protest.

Among our Mike Renner’s top five rookies through Week 2, two of them are #Chiefs: CB L’Jarius Sneed and DI Tershawn Wharton!

Star players for their position all over the field on Monday night.

I knew Butker was good, but I’m just now realizing he is historically good. Nice!

Special teams coach Dave Toub said he would have been comfortable “the way he was hitting the ball” with Harrison Butker trying the game-winning field goal from another five yards back, or from 63 yards, in LA the other day

“They could have paid him a billion and I’d still think he’s underpaid.”

Patrick Mahomes needs 75 pass yards to become the fastest player in the NFL history to reach 10,000 career pass yards (this will be his 34th career game). Kurt Warner (36 games) is currently the fastest.

When you post items like this, it makes me wonder if I was missing something with Kurt Warner. I watched him and thought he was good, but I would never have thought he would be anywhere near Mahomes level as a qb.

me either and Warner is a HOF’er

Huge difference between HoF’er and GOAT

“You put yourself in a bit of a tunnel” – Big Red.
I like that analogy, another way of putting it is never mind the extraneous, never mind the final outcome, just focus on your job. The Chiefs job is to tackle, block, and fight to the finish.
LET’S Go Chiefs!!!!!!

Red Friday is here! Is this the game of the season? World Champion gunslinger Patrick Mahomes versus the one who everyone who isn’t a Chiefs fan is calling the greatest quarterback playing the game today!

Last edited 2 months ago by Nasrani
7

Tonight I felt the first hint of what I would call autumn in the air. It’s been colder and foggier/mistier before this, but there was just the barest edge of ruthlessness to it. I haven’t lived up here anywhere near long enough to justify it, but I have a feeling we’re in for a nasty winter. And y’all might recall that I favor the optimistic view whenever possible.

My favorite season and not only because of football

I’m not as far north as you but we’ve already had a couple of good frosts and the trees are turning colour. The almanacs and weather “experts” are calling for a milder Oct-Nov compared to the last couple of years but a traditional snowy winter around the Great Lakes.