King Charles V died on this day in 1558, and in 2004, the Green Day released its album American Idiot.

NFL Network insider Tom Pelissero was one of the first to report on the story. “The NFL has suspended Chiefs LB Willie Gay for the next four games, per the wire,” he informed. “Willie Gay’s suspension stems from a January arrest for misdemeanor property damage after an argument with the mother of his son. He agreed to a pre-trial diversion program in June.”

Travis got an opportunity to get out to watch the Philadelphia Eagles take on the Minnesota Vikings on “Monday Night Football” thanks to the Chiefs playing on “Thursday Night Football” the week prior. Why was he out there watching the Eagles and Vikings? To support his brother, Jason Kelce, who is the longtime center in Philly.

The NFL issued a four-game suspension for Gay Jr. for violating the league’s personal conduct policy. The violation stems from his January arrest last season. Gay Jr. will not be appealing the suspension either. That means the team will need to find a replacement in the meantime while Gay Jr. serves his four-game suspension.

The Kansas City Pioneers have added another member of the Kansas City Chiefs to their roster of ambassadors and influencers. Trey Smith officially announced on Tuesday via a video on his Twitter account that he’d be joining the Pioneers esports organization.

Chiefs open as favorites over Colts in Week 3 | Chiefswire

For the third consecutive week, the Kansas City Chiefs will enter their game as favorites to win. It also marks the second time this season they’re favored to win a game on the road. This time it comes against an AFC South team that is still searching for its first win of the season — the Indianapolis Colts.

Here’s a look at the latest crop of former Chiefs players who have been nominated for enshrinement into the Pro Football Hall of Fame:

The Kansas City Chiefs had five more special teams snaps in Week 2 than they did in Week 1, yet the action in that phase was sparse overall in the win over the Los Angeles Chargers compared to the previous week.

The Chiefs are signing former Jaguars K Matthew Wright to their practice squad, per source.

He replaces Matt Ammendola as the insurance to Harrison Butker, who has missed the past two games due to an ankle injury.

#Browns star DE Myles Garrett suffered a shoulder sprain and biceps strain in addition to lacerations in his one-car accident Monday, per sources.

All in all, good news on Garrett, whose status is TBD for Sunday against the #Falcons.

also shows that sometimes, timing is EVERYTHING

yes … yes you are

Sack differential — how many you get, minus how many you give up — can be a telling stat. Bucs leading the NFL after 2 games:
+7: Bucs
+6: Bills
+5: Chargers
+4: Browns, Jaguars, Chiefs, Vikings, Patriots
+3: Cowboys, Steelers, Titans

guess it’s taking awhile for that Cincy NEW & IMPROVED O-Line to “gel” as a unit, huh?

Two games into his NFL career and Chiefs CB Jaylen Waton has won the AFC Defensive Player of the Week honor for his performance against the Chargers defined by his 99-yard pick six.

Most plays of 20+ yards this season:

A little surprised by this stat since Andy Reid’s record after the bye week is so celebrated: Chiefs under Reid are 5-5 after “mini bye” Thursday night games.

wouldn’t it be cool if someone else also stepped up and got some sacks? thinking maybe that Clark guy … heard he was pretty good, at least once upon a time (but maybe it was just a fairytale)

He’s gone from shark to whale shark. Sure still technically a shark just slower and not dangerous at all

Busy day in KC Sports History
On this day in Kansas City sports history on September 21st in, 1916- Ewing Kauffman was born today, first owner and founder of the Kansas City Royals.
1973- Nate Archibald signs a 7-year contract with the Kansas City-Omaha Kings for $450,000.
1979- U.L. Washington of the Royals hit a home run from BOTH sides of the plate, including six RBI’s today against the Oakland A’s to help KC win 13-4.
1988-Bo Jackson hits 2 homers and has a stolen base in a 5-4 win at Seattle and becomes the first player in Royals history to have 25 home runs and 25 steals in a season.
2012- Head groundskeeper from 1969-1995, George Toma is inducted into the Royals Hall of Fame.

Ewing Kauffman (and Muriel!) were such amazing and generous people … Muriel was the one who not only suggested the fountains at The K but she also paid for them (as per Ewing’s comment: “Muriel, if you want them, put them in!” and so she did)

man I loved the Kings back in the day (except when they got hammered by the Lakers … seemed like Every. Single. Time. Tiny, Scott Wedman, Sam Lacey, Ernie Grunfeld, Phil Ford, Larry Drew and so many others … what fun)

One of my rare visits to the K was the day EK died. I was on the concourse before the game, and along came a Royals player and a staff guy, getting him to whatever function he was supposed to do pregame.
Staff guy: It’s really sad about Mr Kauffman dying
Player: Who?
Staff: Ewing Kauffman. He died today
Player: Who’s that?
Staff: The owner?
Player: Oh.

Had someone try to tell me it was silly to have a groundskeeper in the Royals HoF. Doofuses.

Last edited 5 days ago by NovaChiefs
0

Cheers & May The Force Be With You 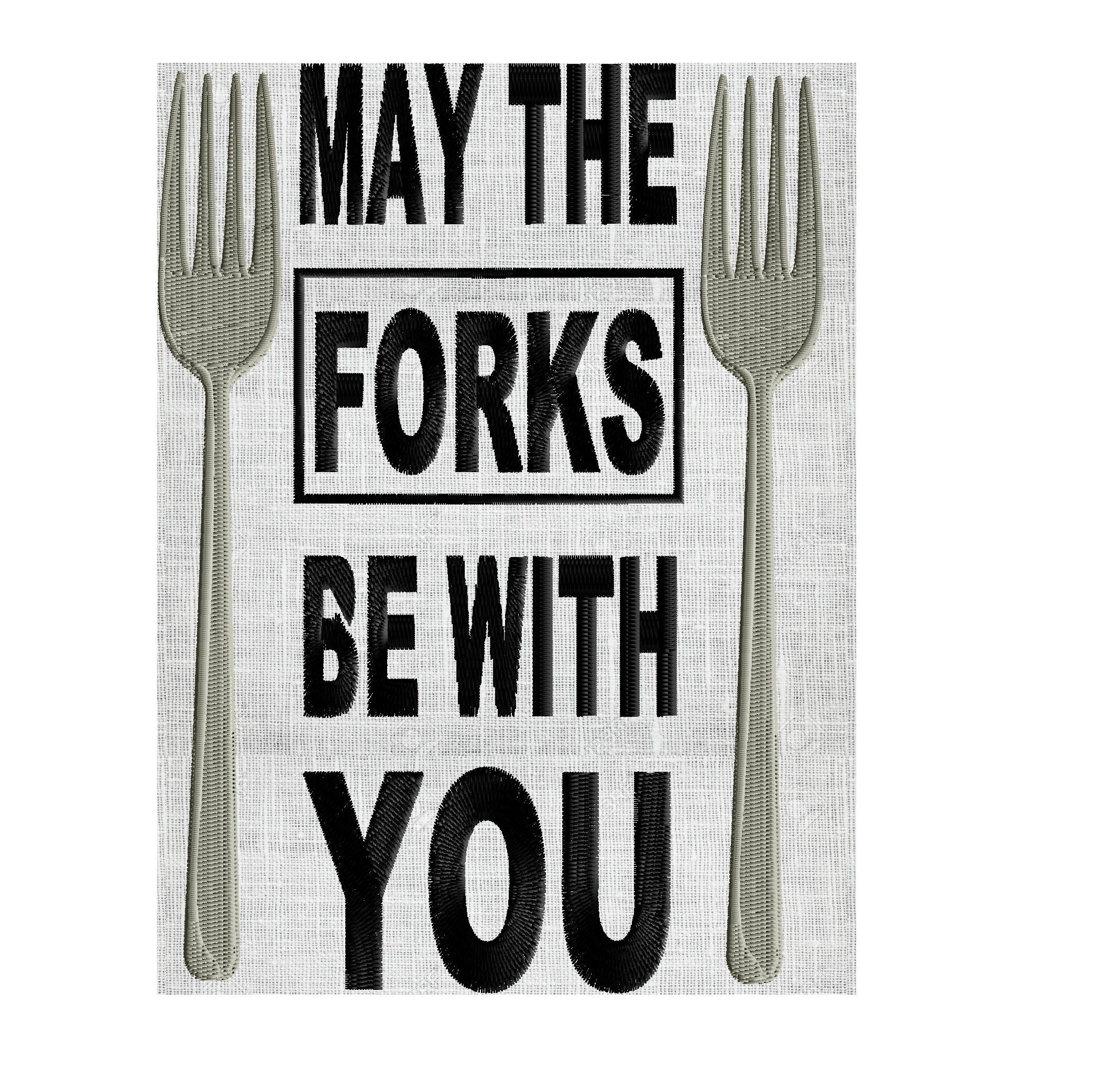 I know it’s a different sport and I do hate the Yankees, but …

Aaron Judge … what a season the guy is having

and the following is now short by 1 Run 1 RBI and 1 HR as he hit #60 last night … so yeah, leading the universe in just about every statistical category there is

What a season for Aaron Judge. 🤯

meanwhile, KC Royals are one of the 5 WORST teams in MLB.
.
Patrick needs to ask his Pat & Pat MLB friends to turn the Royals back into playoff/championship team.

Thus us why I’m lost on baseball. Without a structure like football, smaller market teams are unable to enjoy sustained success. We will muddle along, stinking up the joint, for another 10-12 years, then accidentally put together a competitive team for a few years, sell everyone off, and repeat. Luckily, all the teams in our division are similar, so they will all take turns in the cycle.
Baseball. NEEDS a hard salary cap and competitive balance. I used to be a baseball first guy. Haven’t been that since the strike.

Baseball needs a lot of things. As a rockies fan, I don’t have the luxury of my team being in a division with all smaller market teams. Hence we’ve never won our division.

162 games is stupid. But the graphic above shows why it won’t change. Have to be able to compare Aaron Judge to Ty Cobb.

They’ve done some things to speed up the game but I think the biggest problem is that the games don’t mean shit since there are so many.

They could change nothing except revenue sharing and cap, and the game would rival football for the top sport.

this^^^ times a million

it’s so “family oriented” at every stadium (outside of Yankee Stadium and Fenway Park) … all the things for kids to do at The K, etc and other places like it

Most of the money comes from TV revenue

Yes, but it isn’t shared equally. YES and other networks go completely to the team in question. The rich stay rich in baseball. In football, even the poor have a chance if they hire and draft well.

“Glad to see that the league office is now being more serious with personal conduct penalties after what happened with Deshaun Watson,” said no Chiefs’ fan ever. One more reason to play with a chip on our shoulder.

Also, 2 Chiefs get AFC player of the week in 2 weeks! First Mahomes, now Jaylen Watson! One of the better two Watsons in the game compared to that Cleveland suspended QB, the other being Justin.

They should call them NFL image penalties not personal conduct penalties.

It’s just the preseason so who cares. Real season starts in January.