Chiefs’ all-time record against each opponent in 2022 | usatoday

The Kansas City Chiefs have a winning all-time record against the opponents they’ll face during the 2022 NFL regular season.

During the illustrious history of the franchise, the Chiefs have won 359 games, lost 306 and tied five against their opponents next season. They have winning records against each of the three teams in their division and the one team that used to be in their division prior to the 2002 realignment.

The 2022 edition of the list features Chiefs C Creed Humphrey as one of the top players in the NFL under the age of 25, listed at No. 16. Humphrey dominated his rookie campaign, posting a season that had him ranked as the best at his position in the analytics world. He also earned a grade that ranked him among the top-5 offensive linemen in the league regardless of position.

You’ve probably heard by now that the Kansas City Chiefs have one of the toughest schedules of the 2022 NFL season. Nine of their 14 opponents in 2021 were playoff teams. Their first eight opponents all had winning records last season, which is a historical mark when it comes to tough schedules.

If you’re looking for a silver lining in terms of the schedule, we’re happy to report that there actually is one. The Chiefs might have the toughest schedule in the league next season, but their opponents won’t get much help in terms of extra rest.

The Chiefs don’t face a single team coming off of the bye week in 2022. They also only face a single with a mini-bye week, which comes following a Thursday night game.

According to the NFL’s personnel notice for Tuesday, the Chiefs have signed Toledo OT Vitaliy Gurman. The 23-year-old product of Rochester, New York was among the 40 players who tried out with Kansas City during their rookie minicamp over the first weekend of May.

Listed at 6-4 and 310 pounds, Gurman transferred to Toledo from Edinboro University in 2020. He appeared in 32 games with the Fighting Scots, mostly as their starting center. In 2019, Gurman earned first-team All-PSAC honors, as well as recognition as the team’s MVP on the offensive line.

The Kansas City Chiefs welcomed a host of rookies and first-year players for their rookie minicamp earlier this month. From first-round draft picks to rookie minicamp tryouts to undrafted free agents, a number of players got out on the field for the first time in an NFL uniform.

“I’m a very goal-driven dude,” Cochrane told Thayer. “As soon as I got there it was work mode. I was doing everything that I can to compete and produce well on the field. Yeah, it’s bigger facilities with nicer bells and whistles, but the cool thing about the game, no matter what level you’re at it’s still the same game. It’s 11-on-11, wherever you’re at, you put the pads on and it’s the same thing you’ve been doing since you were a little kid.”

“I’m looking forward to every single one of them,” the young safety responded before providing more of an answer. “I got two that I’m really ready for and that might be Buffalo and then the Bengals.”

Corey, a.k.a. “The Artist Chief,” is a 44-year-old artist based out of Springfield, Missouri. He considers himself a diehard Chiefs fan and combines his fandom with his artistic side to create paintings of many NFL players that have worn a Kansas City uniform over the years.

His paintings have helped raise money for charities such as The Boys and Girls Club of Joplin, MO, One Goal KC, Bra Couture KC, HopeKids KC, Spencer Ware and The Sickle Cell Foundation, Always and Furever Midwest Animal Sanctuary out of Spring Hill, Kansas, and SuperKids KC charity group.

Seems We Have An Immediate Opening For The Morning Huddle , this Could Be The Opportunity That You Have Been Waiting For. I Got Talked Into This A While Back With The Promise Of Hookers And Cocaine, Both Of Those Come To Find Out Were Not True ( damn you Hoosier ).

No Seriously , We Are Needing A Little Help, Its Actually Not That Hard Once You Get The Hang Of It. Anyone Who Is Interested Please Shoot Me An E-Mail And We Can Figure This Out Together. It Could Be Something As Simple As Covering A Couple Of Days A Week. Please Get Back With Me As Soon As Possible, For I’m Sure This Once In A lifetime Opportunity Won’t Last Long !!

Please Leave Me A Message In Comment’s, And I Will Get Back With You. Or You Can Find My E-mail in My User Bio…

Rip,, I would like to help you, but I am intimidated by the technical stuff. I’m not very computer savvy. If someone would teach me, I am game!

And I will discourage political talk in the morning huddle

No one wants to start their day off with an argument about BS.

I’m all for this.

So we got a couple of dv’s. Obviously some people who aren’t done talking political crap.
You know who you are.
Please take that shit somewhere else

Just simply take it to an open thread.

Save the political nonsense for social networking websites. That’s what they’re for.

This is a Chiefs site. (And this coming from the guy who is known for not posting Chiefs-related stuff on the nightly open threads.)

nothing you post is political — keep up the good work!

Some of the political cartoons are, but I try to keep them non-partisan. I know we have people from every stripe here at AG so I try to keep it to things that won’t inflame much argument.

Thanks Zulu, I’m definitely not a computer person either, thank god for a 22 year old daughter that helps her old man when I get in a bind…. 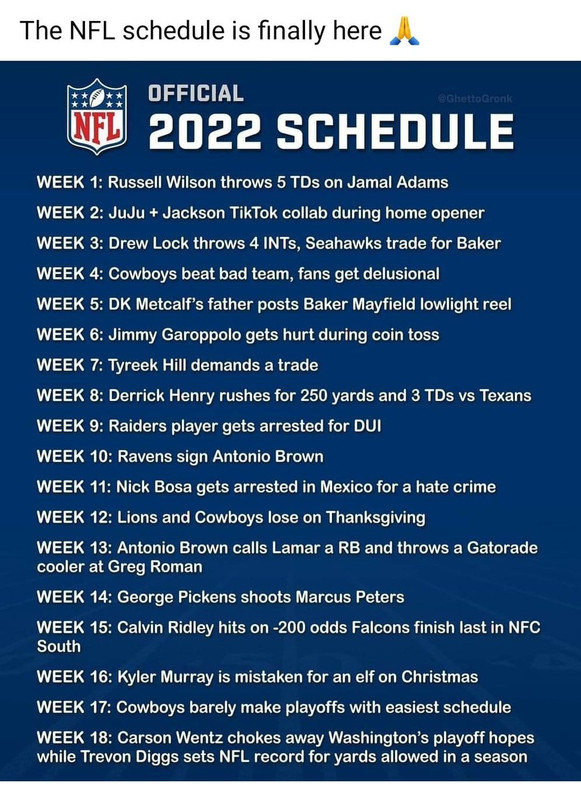 Sad about Hoosier but the sun still rises and Rip has once again saved the day. Hopefully he’ll be back very soon. I always appreciate anyone who gets up and does this for us for free. It takes a special kind of person to do that.

Thanks Hoosier, for all the early mornings and work you put into this.

Thanks Rip, for stepping in as needed!

RIP, I can “help” some – specifically finding articles – but I’m a “no go” on Twitter Twatter (don’t have an account, will not have an account, etc etc ad nauseum) so that part makes me not the best qualified in the world

that said, if you’d like, I can definitely send links on a “near-daily” basis (I guess like Afternoon and early Evening?) for next day’s MH (or do my own edit to the next day’s post-in-waiting and just add to The List)

The twatter shows up Automatically, it’s preset to update …ya, send some links I’ll already be in the normal ones that you see daily..but if you can find something else somewhere that would speed things up a bit on my side ..
I am working later than I used to . I try to start next days huddle around 4-5 pm

gotcha, will do my bestest, will see about finding/sending links mid-afternoonish … (though tomorrow I have to be in Boulder, 3 hrs away, for post-op whatever so on your own for Fri)

anyway, thanks for all ya do, hope I can be of at least a LITTLE help

Sad to see Hoosier step away, I will miss his reasonable voice, I wish him well and offer thanks for his efforts at AG. You rock, rip, keep it going and let’s hope someone else steps up. It takes a village.

As for the Chiefs tough schedule: likely Big Red and staff aren’t wringing their hands but rather looking forward to the challenges. They have a process in place to prepare for games – which has been quite successful of late – and that process is well under way with rookie minicamp etc. Bring it on and Go Chiefs.

You guys still looking at buffalo game..
And thanks…

raiders or bills, 10-10 falls on our Thanksgiving weekend so there’d better be Qed turkey on hand, Morty and I aren’t sure yet…

MNFF! Monday Night F’n Football!!! Turn out the lights!!! The party’s over! 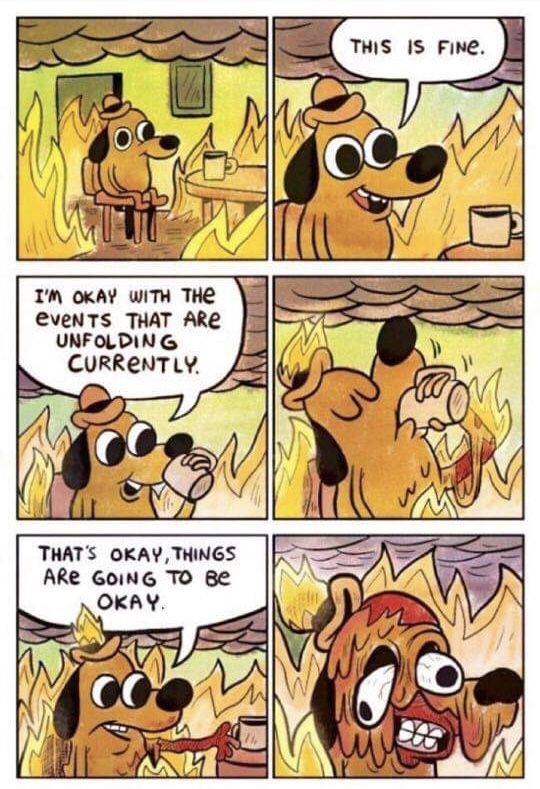 that old fireball in the sky gonna be cooking

someone is going to have to explain this one to me

without a teabag reference

hey, your comment isn’t FOOTBALL RELATED … oh wait … given the Pats & Brady & “Inflationgate” and all … yeah, I guess it is … carry on, good sir! 😉

Beautiful day in the desert

what? this isn’t The Weather Channel yanno … 😉

go ahead and make light of the situation that costs us Hoosier and others.

that cavalier attitude is what ruins this blog

dude, it was a tongue-in-cheek joke, satire if you will …