Good morning AG! Today in history, Steve DeBerg was born in 1954. I still remember him playing with a pin sticking out of his finger…

According to Aaron Ladd, Reid told the media about his drive to win a second ring, “If you have a piece of chocolate cake, and you see another dangling in front of you, you’re going to want it. That’s how you feel about the Super Bowl. It is the ultimate chocolate cake.”

McKinnon made a major push for continued playing time by rushing for 61 yards and catching six passes for 81 yards in the Chiefs’ 42-21 win over the Steelers. He scored the Chiefs’ first touchdown on a 4-yard pass from Patrick Mahomes.

The Arizona Cardinals Defensive finish Chandler Jones is expected to become a free agent this season at the age of 31. While his age may prevent you from wanting to sign him, he already has a a season where he scored 10.5 times on the ball, 12 tackles and six forced fumbles, per Pro Football Reference. So dad’s time hasn’t caught up with him yet.

Bills vs. Chiefs is the real Super Bowl of the 2021 NFL season. | yahoo

I know what you’re thinking – the Super Bowl isn’t this Sunday, you idiot. It’s Not until Feb. 13th and it’s in Los Angeles, you dummy. Not Kansas City. Duh. Man, how are you this stupid!?

While you’re technically correct (though I could have done without all of the personal insults) about all of that, the two best teams in football – the Buffalo Bills and the Kansas City Chiefs – will meet this Sunday night at Arrowhead in a game that in a perfect world would be for the Lombardi Trophy.

I suppose a target that large is pretty tough to miss…

The KC Chiefs never meant to throw that TD to Nick Allegretti. Here’s how it happened | yahoo

Chiefs backup lineman Nick Allegretti caught a 1-yard touchdown during the Chiefs’ 42-21 victory Sunday against the Steelers in the opening round of the NFL postseason. It started with the Pat-and-Go drills. Reid noticed he had good hands. Thought that might work in a game. And then it did.

Except that play was never intended to actually conclude with an Allegretti touchdown. Wasn’t Plan B, either. Not even Plan C.

The scepter usually goes to a running back or pass catcher, but Allegretti’s treatment of Watt made him the winner. Here is a look at what was said about Allegretti and the other candidates.

Every team left in AFC playoffs beat the KC Chiefs this year. Does that really matter? |kansas.com

And that’s where a specific kind of experience comes into play. Two years ago, when the Chiefs won Super Bowl LIV, their route to the championship included games against the Texans and Titans — two teams who had defeated them in the regular season. The Chiefs won both rematches by double digits.

We have signed the following Draft picks ✍️

Some intriguing names in this year's class of UDFAs, particularly Justyn Ross (No. 1 WR available, per Chad Reuter), Mike Rose (No. 6 LB), Jerrion Ealy (No. 7 RB) and Jack Cochrane (No. 8 LB).

Excited to see these dudes on the field!

We have signed the following College Free Agents ⤵️

We have signed the following Draft picks ✍️

Rooks are in the building. Let camp begin ⏰

NFL spokesman Brian McCarthy: “We recently became aware of these allegations and take them very seriously. We will promptly look into the matter.” https://twitter.com/mickakers/status/1522716074327769088 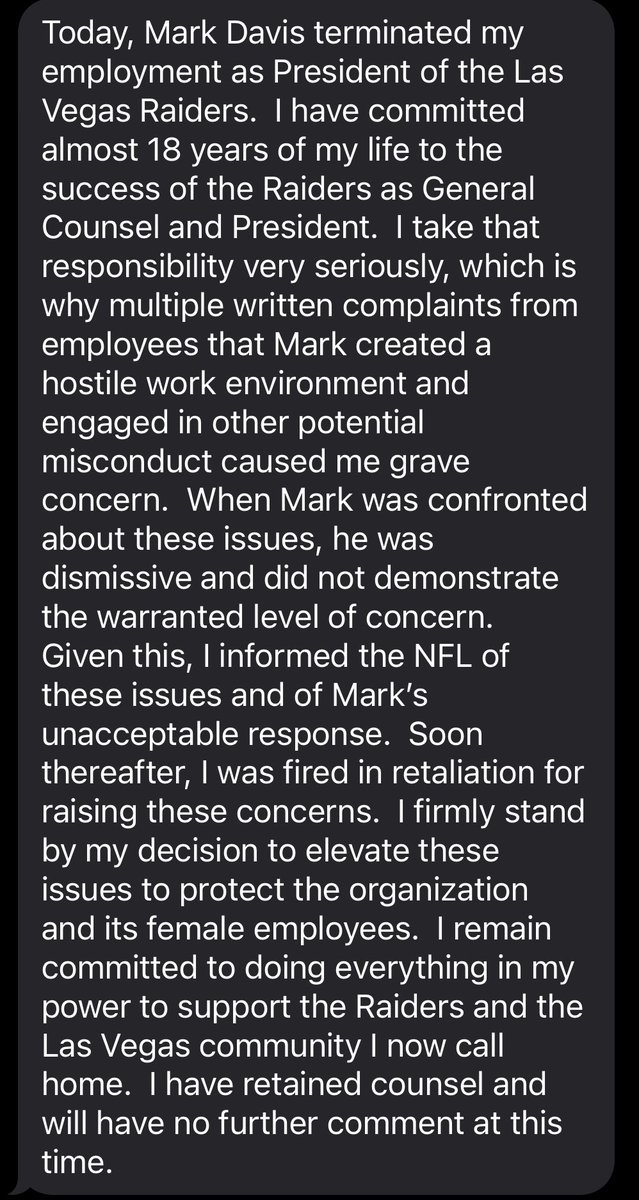 Dan Ventrelle said he was fired by Mark Davis in retaliation to concerns he brought up of a hostile work environment within the organization, that were ignored. Then he brought them up to the NFL. He has retained legal council regarding his firing. #vegas #raiders #raidernation

Commanders first round WR Jahan Dotson is set to graduate from Penn State tomorrow - a huge moment for him and his family. But with Washington in rookie minicamp, he was planning on skipping graduation.

Until coach Ron Rivera urged him to attend.

The @Ravens got one of the best DBs in the draft in Kyle Hamilton. 😈 @kyledhamilton_

This really feels like Peyton Manning vs. Tom Brady. They were never in the same division, always met in the postseason or monumentally important regular season games, and the matchups always seemed to deliver classics. Expecting nothing different Sunday night. #Chiefs #Bills https://t.co/tQkAbXUpaW

Ya see Chris, this is where you are wrong. Allen won’t get over the hump this Sunday because he hasn’t and never will be better than Patrick. You guys just don’t get it man.

Last edited 3 months ago by probablyamistake
1

I may not be awake yet but that section on Arizona’s Chandler Jones hurt my head to read.

I think that news outlet is from New Zealand. I figure I’d throw it in there to add a little culture to our site!

Does ANYONE believe Chiefs will turn the ball over FOUR TIMES, this Sunday (1/23) divisional game? BUELLER????

You know what goes well with chocolate cake ? Buffalo burgers.. 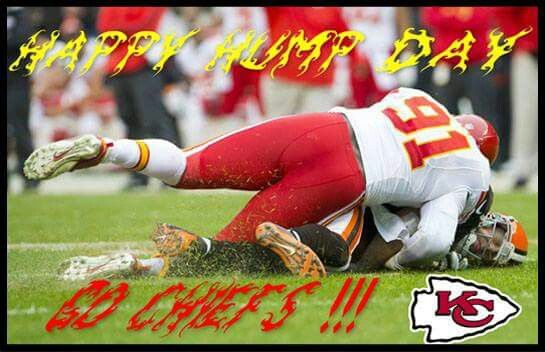