Good morning AG. Today’s birthdays include Nick Allegretti born in 1996 and Mitch Morse in 1992. On to the news…

Patrick Mahomes said he has watched the game twice and compares his perspective to when the Chiefs lost 37-31 to the New England Patriots in the AFC Championship Game during his first year as the starting quarterback.

The team released former No. 1 overall draft pick and starting left tackle, Eric Fisher, as a part of a cost-cutting measure. They also released their top free-agent signing from 2016 and starting right tackle, Mitchell Schwartz, for the same reasons. Both players are recovering from injury and with their availability in question, the team had no choice but to move on.

As the Kansas City Chiefs were beginning their press conference to open up voluntary organized team activities, former Chiefs quarterback Alex Smith announced his retirement from the NFL.

Patrick Mahomes may have lost to Tom Brady in the Super Bowl less than three months ago, but the Kansas City Chiefs quarterback clearly has not let it rattle his confidence.

The Kansas City Chiefs were noticeably missing vital support on the offensive line during Super Bowl LV, making it a top concern for the offseason. The management brain trust of general manager Brett Veach and head coach Andy Reid feel they have in part addressed the issue with the splash signing of veteran interior offensive lineman Joe Thuney.

Douglas, 26, played in 14 games with 11 starts for the Carolina Panthers after spending his first three seasons with the Philadelphia Eagles.

This year, 41 helmet models were tested, including three models which ranked in the top 10 overall. Included in the top three helmets overall is a new position-specific helmet — the VICIS Zero2-R Trench — designed for offensive and defensive linemen. That helmet features bumpers on the front and upper side of the helmet, where sensors have indicated the most impact takes place for linemen. Position-specific helmets are considered the next frontier in helmet technology, although it is too early to know how quickly players will embrace them.

I did a thing 🙈
I'm weak.
In my defense they lay blue eggs...so I can't not get them 🤷🏼‍♀️
Also, Twitter seems like a safe place to break the news to my hubby 🤣

Finally a look at other 2021 rookies, Cornell Powell (who gets am 'atta guy' from Andy Reid), Noah Gray, Joshua Kaindoh and Creed Humphrey. #Chiefs

The biggest news: Masks are no longer required for fully vaccinated players, coaches or staff members inside or outside. More incentive to get vaccinated. https://twitter.com/rapsheet/status/1393283810045927432 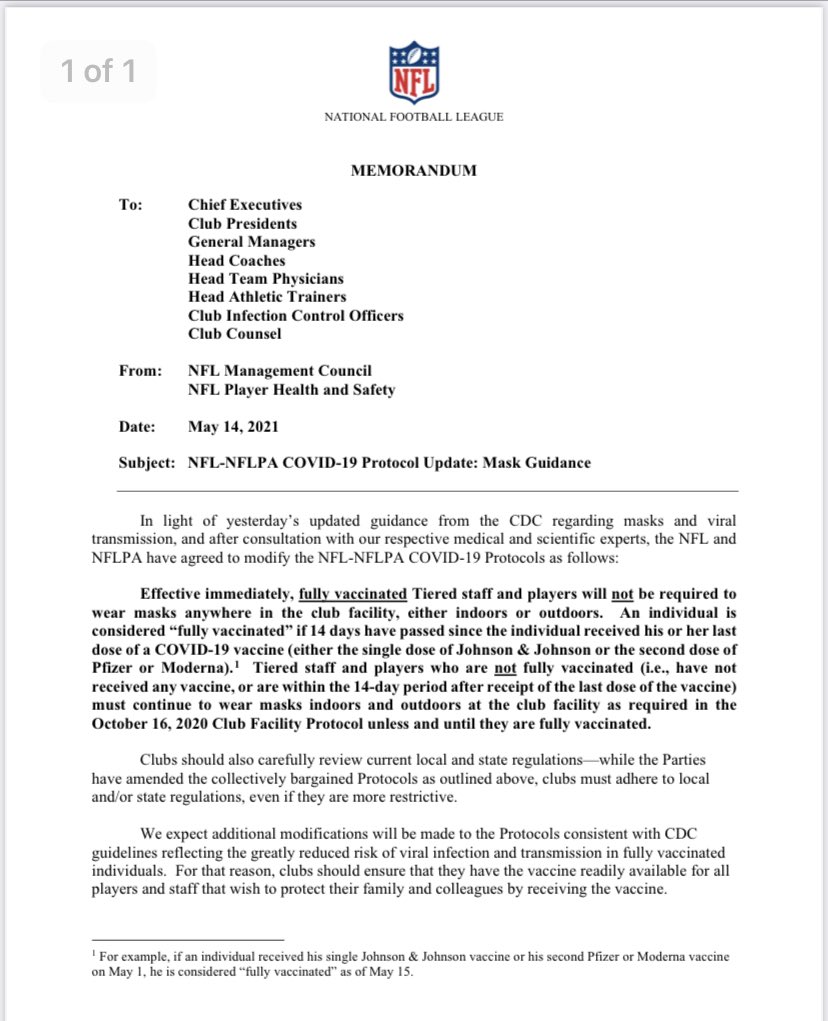 A look at Lucas Niang .. listed as 'R' on the Roster provided .. he finally gets to done the #Chiefs uniform after opting out last year.

Most important part of rookie acclimation — make sure the belly is breathing. 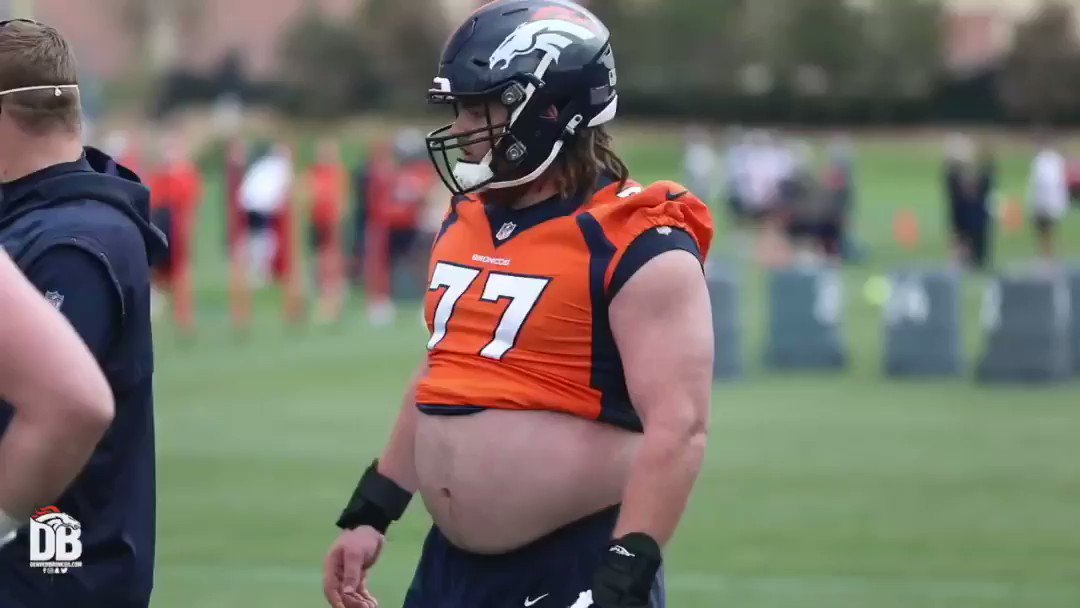 The belly is breathing. 😅

The biggest news: Masks are no longer required for fully vaccinated players, coaches or staff members inside or outside. More incentive to get vaccinated.

#Bucs first-round LB Joe Tryon, who had a knee surgery after the draft, has a chance to be on the field for mandatory minicamp, source said. That’s the goal. So, pretty minor.

Some of you will see it & get it pic.twitter.com/mS2RFsjM1X

Personal Bio. What a fabulous artist, always out of the mainstream.

I heard him described as ” a Man Ahead of His Time ” & Thought Yup, That’s the Mega Force that is ( Was ) DB in a Nutshell …

My question for Brady is: If you had played behind Mahomes’ O line last Superbowl, would you be out of that full body cast by now?

CB Surtain II, S Holland and LB Parsons: the only defenders selected in the first 18 picks in AG’s first round mock. Drafts gone by GM’s were falling over each other to get an Edge, OLB or DL (not the first round but who remembers Breeland Speaks). And yet, it seems to me that AG’s mock could be very close to how things go – including the run on QBs. I wish the real draft could get here already but this mock is a fun exercise and sure helps me get up to speed on some prospects. Seth Keysor is doing a good review of top OL prospects on his Chief in the North blog, worth a look. Meanwhile it snowed here yesterday and temperatures are below freezing, the hyacinths are all WTF.

I have been enjoying the AG draft as well, it’s interesting to see each other’s picks and the reasons for that selection.
It’s fricking cold in Austin today, 45 this morning windchill in the 30s burrrrrrrr
Enjoy your day larch..

Thanks, rip, you too.