“First carry, I kind of felt a lot of emotions,” Edwards-Helaire told reporters after the game. “After I got tackled that first time and rolled up, I just knew, ‘Alright, it’s football. Time to roll.’”

As the season goes on, we’re going to see more and more defensive coordinators faced with this impossible task. Do you leave everyone on an island against Tyreek Hill, Travis Kelce, Sammy Watkins to stuff up Edwards-Helaire? The rookie sensation has the potential to bring a type of balance to the Chiefs’ offense that they haven’t consistently seen since their record-breaking 2018 season. He’ll also only get better and more comfortable within the offensive scheme from here.

Last year, the Chiefs on average called 37.56 pass plays per game (attempts plus sacks), and they ran the ball 23.43 times per game. Last night, it was a far difference ratio.

The Chiefs ran the ball 34 times in their 34-20 win over the Texans, with 33 pass plays called (32 attempts and one sack). Of those 34 carries, rookie first-rounder Clyde Edwards-Helaire ran the ball 25 times for 138 yards and a touchdown.

This injury is ill-timed for Kansas City, as fellow starting corner Bashaud Breeland is currently in the midst of serving a four-game suspension for violating the league’s policy on substance abuse. L’Jarius Sneed, who was selected in the fourth round of the 2020 draft earlier this offseason, started in place of Breeland and performed well, picking off Deshaun Watson in the second half. He’ll likely see increased reps in Week 2 if Ward is sidelined. Meanwhile, Rashad Fenton would likely be Ward’s replacement opposite of Sneed if he isn’t able to play next week.

Tyrann Mathieu was ‘pissed off’ after Chiefs defensive performance vs. Texans | AA

“I’m pissed off,” Mathieu told reporters. “I feel like we played fairly decent up until probably that last couple stretches in the fourth quarter. We started giving up big plays, big chunks, things we weren’t necessarily doing throughout the game. So in my mind, we’ve got a lot more work to do.”

“I felt like if we would have held those guys to seven points, it would have been a much better feeling,” he said. “Those guys scoring 20 kind of leaves a bad taste in our mouth. We’ve got a lot of work to do. I’m looking forward to next week.”

Andy Reid: Face shield was brutal, it will be better the next time | PFT

“That was brutal,” Reid said. “I didn’t do very good with that thing. Listen, it will be better the next time. I appreciate you asking that, it was a bit of a mess.” The Chiefs have more than a week to prepare for Week Two against the Chargers and Reid’s face covering will go alongside offensive and defensive game plans as something the team has to consider.

Chiefs made adjustments to Texans defense, they worked

“They changed it up a lot,” Mahomes said, via Adam Teicher of ESPN.com. “They did a lot of stuff at the line of scrimmage, they kept safeties back and they put a guy over [Tyreek Hill] pretty much the entire game.

“That’s what makes this offense so good is we can change within games. We can go throughout our game plan and find ways to score and find ways to move the ball down the field, and tonight it was taking the short passes. And I think whenever we get to the Chargers next week, we’ll be playing another great defense and we’ll have to find a way to move the ball and score that week as well.”

While that field goal seems meaningless, it ended up having massive gambling implications. The over/under for the Thursday night battle at William Hill Sportsbook and many other books closed at 53.5 points. So, that late field goal allowed the over to hit, resulting in a terrible bad beat for gamblers with the under.

According to Yahoo Sports, one BetMGM gambler placed $100,000 on the under for Thursday’s game, You’d have to imagine you’re having a better Friday than that individual. 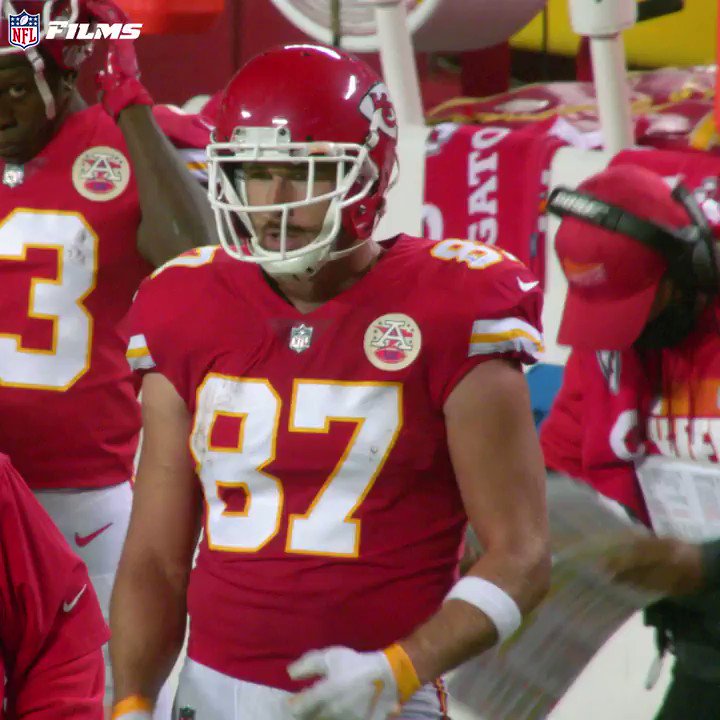 The smoke was smothering.

He caught his breath and stood on the grass. The fire was eating away at the only house his family had ever owned.

Then it hit him. Two of his brothers were still inside. | @zkeefer

Chargers head coach Anthony Lynn detested Eric Bieniemy when they played against each other in the 1990s. Coincidence brought them together, and now Lynn respects Bieniemy for the same reason he disliked him.

"He is the definition of a competitive prick."

-"Can" is word to "kill" from one called play to another called play. Baker kills this play due to the down safety.

-"Rewinds" back to the original play when the safety goes back

"Turbo" means the cadence is now on the quick. 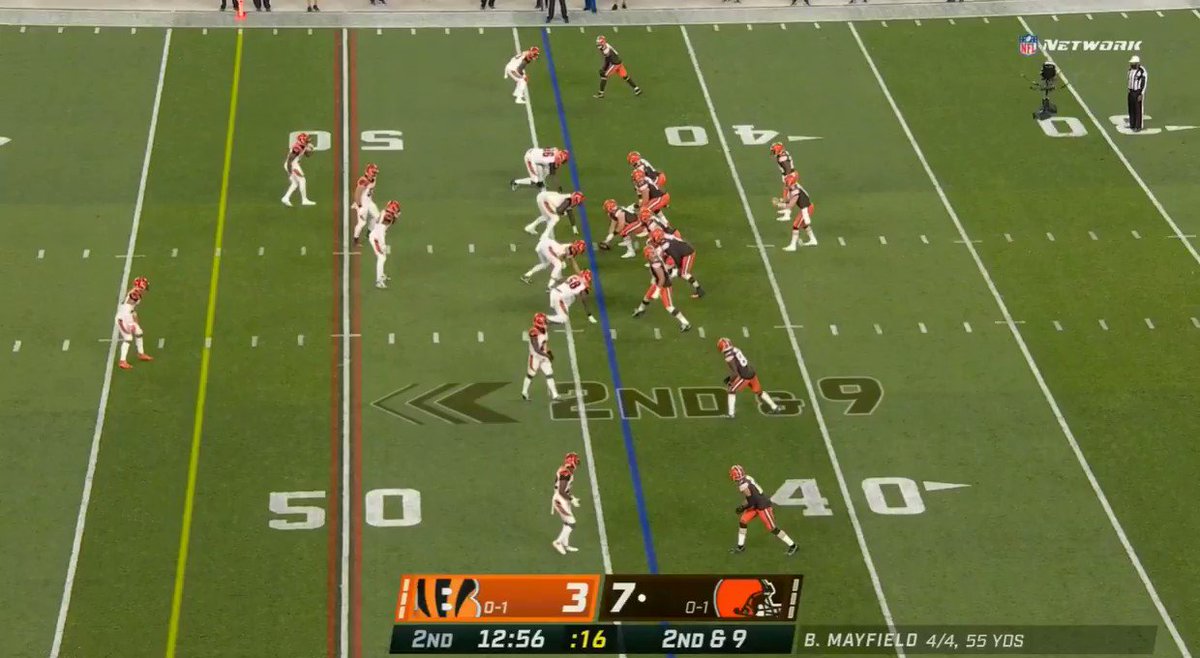 Bill Belichick gave a though answer on the advantages (and disadvantages) of pre-snap motion, 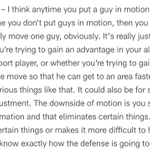 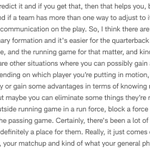 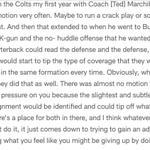 A special night for a lot of reasons.

The No. 1 overall pick learning about life in the NFL... 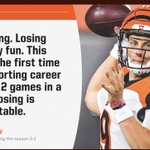 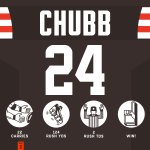 From @LSUfootball to the NFL 🙏 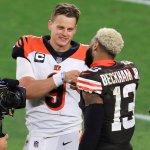 Baker Mayfield joins us coming up NEXT!

FINAL: The @Browns defeat the Bengals on #TNF! #CINvsCLE #Browns 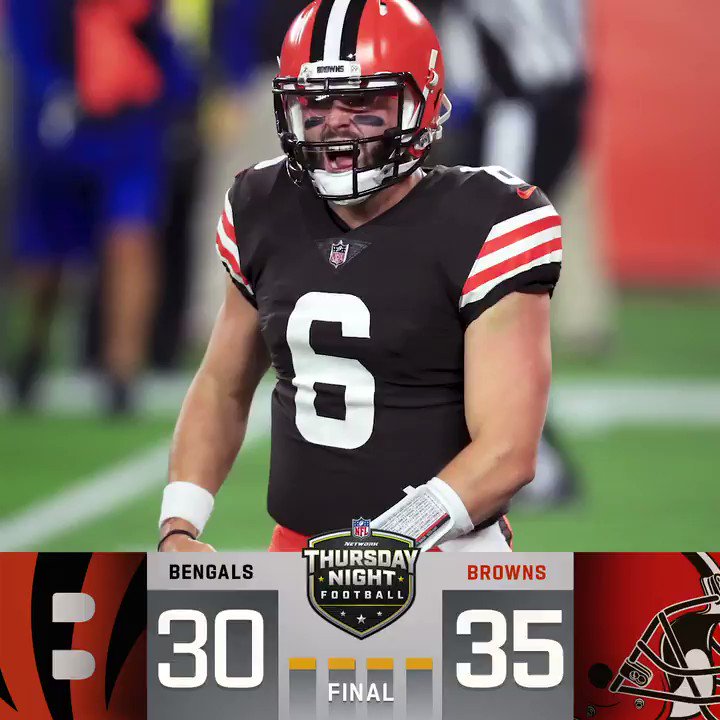 Is seth not at the athletic anymore? Haven’t paid any attention in this weird ass offseason.

i don’t know the details but he does his own thing now. I assume it was on good terms as I still see both parties pimp each other’s work every now and then

So here’s the thing about Tyrann Mathieu’s frustration about the D. I was listening to sports radio a lot yesterday because I was driving. They were saying some pretty good arguments about how they were expecting defenses across the league to not be as good for this week and the next few others because of no preseason games. It’s a good thought. It would make sense.

What does this mean for us though? Well, remember how when the schedule came out, and that our 1st quarter was a pretty solid gauntlet of teams to play? It dawned on me. If defenses league wide are going to be several steps behind where they’d like to be for the first several games, that just gives the advantage to us. Who is better than our offense? And especially when defenses aren’t as up to the task? I am now seeing this as a positive. But I will be paying attention for the rest of the weeks’ games to see if this holds true for every defense. I’m expecting it may prove true.

Make take is that we have a defensive leader finally. Its something that has been sorely lacking since DJ retired.

100% agree. But honestly, even DJ was more of the silent leader type. We’ve needed some attitude on this defense for decades now, and I’m glad we’ve found some. 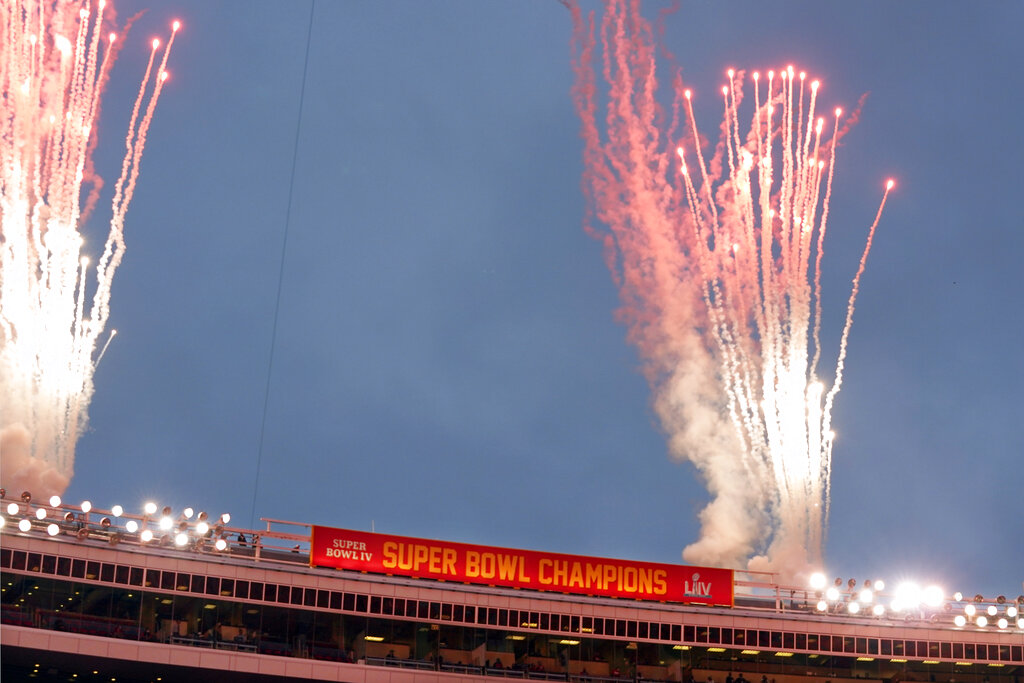 I say take a look at prince amukamara

I’m sure that Team Veach maintains an availability board much like a draft board but organized by position. Too big a job for one person, and the most obvious candidate to explain why under Veach the team has routinely been able to glom onto available talent at a good value, as need or opportunity dictate. I might be wrong but it fits with both the track record and things Veach has alluded to, over the years.

Morning Huddle: Chargers Up Next 24 replies