, Today in Chiefs history, Abner Haynes was born 1937, Dino Mangiero in 1958,and Ryan Succop 1986. Dino, as I’m sure you remember, played DL for us. Currently, he’s a coach. https://www.miamiarch.org/CatholicDiocese.php?op=Article_archdiocese-of-miami-new-football-coach-at-archbishop-mccarthy-high .

Elsewhere, In 1519, Portuguese explorer Ferdinand Magellan departed from Sanlúcar de Barrameda, Spain, on a quest to circumnavigate the globe, or so he told his wife. It was later discovered that the real reason was to find a country he hadn’t previously been thrown out of.

Now, some stuff we didn’t make up

The Kansas City Chiefs have taken a big blow on the defensive side of the football ahead of Week 3.

Can he appeal? Well…

As first reported by FanSided’s Matt Verderame, Gay Jr. will not be appealing the four-game suspension the NFL issued for a violation of the league’s personal conduct policy.

“We’ve just got to see,” Chiefs coach Andy Reid said Monday. “I mean, that’s what it is right now. It’s kind of wait-and-see. … Let’s just see how this week goes.

Rookie Cornerback Jaylen Watson is a Story of Resiliency | Chiefs.com

It’s sometimes the unlikeliest of heroes who make all the difference in the end, and that was certainly the case in the Kansas City Chiefs’ thrilling victory over the Los Angeles Chargers on Thursday night.

Analytics has been a hot topic for Chiefs Kingdom lately after Patrick Mahomes was graded as the eighth-best quarterback by Pro Football Focus following his dominant Week 1 performance.

Eye on the Enemy

The Broncos, who were a popular pick to either win the AFC West or be a wild-card team, rallied and defeated the Texans 16-9 on Sunday to improve to 1-1. Things looked dicey as Houston led 9-6 through three quarters.

@yungblud will take the stage for the NFL London Games Halftime Show on 2.10.22.

The performance will be streamed live on our TikTok!

I’ve tried several times to see if I can verify something I remember about Dino Mangiero. I’m pretty sure that Dino made the hit on Dan Pastorini when he was the Raiders QB and broke his leg. That resulted in the Raiders bringing Jim Plunkett off the bench, and him leading them to a Super Bowl win.
A couple of seasons later, Al Davis falls in love with Marc Wilson, and he benches Plunkett. Once again Dino goes in and injures Marc Wilson. In comes Plunkett and leads the Raiders to another Super Bowl win.
I’ve tried to check the info on those games, but the tackle and assist info was not available. I’m pretty sure I’m correct that Dino broke Pastorini’s leg, but I’m less certain about the injury to Wilson.
So I’ve always held that Dino Mangiero should be in the Raiders HOF for correcting Al’s QB issues and effectively winning them two Super Bowls.

Did anyone see the bit with Eli Manning getting made up and trying out for QB at penn state? I saw some clips, but it looked like it may have been entertaining.

It was entertaining. My gf said “Ok, I don’t hate Eli any more.”

I heard he was the big prankster on the Giants. everyone thought he was the quiet one but always pulling stuff behind the scenes.

I just read it, a good summary, thanks.
The biggest take I saw was that it’s on Spags to design a replacement by committee. The pieces are there: Elijah Lee, Darius Harris, along with rookies Chenal, Cochrane and Cook. (Any others?) No one player can replace Willie, so let’s see what Spags and staff come up with. The wildcard is that Veach might pull something out of his hat but I don’t know what and I think you gotta go with the guys you have.

Does any team employ a 5-2 rather than the 4-3 or 3-4 front 7 D alignment? Is that even viable in today’s NFL? Just thinking out loud, I’m a X’s and O’s layman so I’m curious to read what others might say. (I’m betting Seth aka Chief in the North will have a piece out soon on substituting for WG.)

Last edited 7 days ago by larch
0

Aaaand Seth’s article is out, I’m sure the Morning Huddle guys will include it in their links.

a 5-2 Defensive Front? interesting, never head of it being done ALTHOUGH Dunlap is considered to be a DE/LB hybrid (I think maybe?) so having him as LB 3 kinda sorta almost maybe makes it a 5-2?

all that said, most go with extra DB’s as it’s a “passing league” … then too, McDuffie’s out for awhile, so that puts a damper on THAT

I just heard that was well.
yes, maybe OBJ will sign bucs.

Apparently, the NFL thinks that one Vacuum Cleaner = 9 women, since Gay got 4 games for a vacuum and Watson got 11 for 26 women

Newly-released image from the NFL disciplinary office figuring out how long to suspend him:

Last edited 7 days ago by Nasrani
0

KCStar follow up to the Gay story. The news doesn’t sleep!
https://www.yahoo.com/news/kc-chiefs-willie-gay-not-100000042.html

I posted this on last night game thread.
.
some female sent a tweet to a Major NFL talking head claiming she saw the video. And I quote her: “it was aggressive as f*ck – it involved his GF and small child – but keep on believing the vacuum story”.
.
Reason why I didn’t post her tweet, she didn’t provide the video.
.
on a side note: Willie is not appealing the (4) games = guilty

Last edited 7 days ago by gonzangkc11
0

The fact that there might be a video multiplies games to be suspended by 4.

NFL cares about image not actual player behavior. Incident where nobody was hurt and no charges filed (think Kareem Hunt) is not a big deal UNTIL tmz releases the video.

NFL doesn’t care what you do as long as you don’t get caught.

Last edited 7 days ago by DenverDonkeyHater
1 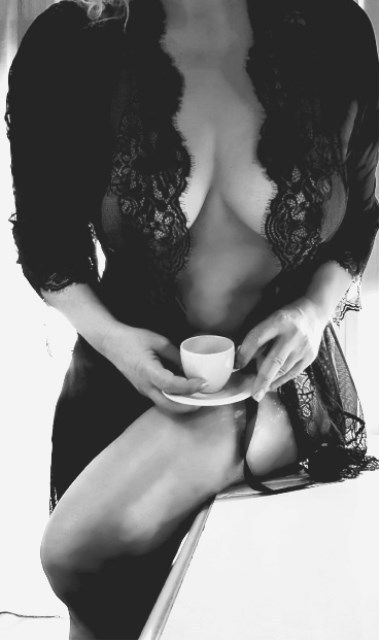 Last edited 8 days ago by NovaChiefs
8 those are REAL (DDD) cups of coffee = me’ssssss loves hahahaa

more than a mouthful is too much …

An espresso lover are you?

Last edited 7 days ago by Nasrani
4

Haha, gave me a smile, good one Nas.

That’s why you have hands

From the ” Any more than a Handful is a Waste ” school of thought …: )