Today in Chiefs history, Trent McDuffie was born in 2000. Hopefully, his hamstring is better for his birthday. In other news, McDuffie shares his birthday with American singer, songwriter, and mandolin player Bill Monroe, considered the father of bluegrass music. And in 1848 American railroad foreman Phineas Gage suffered a traumatic brain injury when an iron rod shot through his skull and obliterated the greater part of the left frontal lobe of his brain; he survived with apparently no lasting physical damage (my Dad was a Railroad man, so I had actually heard of this guy)

Don’t forget to check out the latest poem by 3rdnlong in the fanposts. Click here to get it. https://arrowheadguys.com/chiefs-poem-stoking-the-flames-2022-nfl-week-1-kc-44-at-az-21/

Ok, Let’s start the news with a feel good story…

This Kansas City Chiefs rookie scored his 1st NFL TD. A locker-room phone call was next | KCStar via Yahoo

Chiefs running back Isiah Pacheco propped his phone on a pile of towels in the locker room, readjusting the screen so his old buddies could see his face.

The most dazzling development on Sunday at State Farm Stadium was Patrick Mahomes, ho-hum, throwing for five touchdowns and 360 yards in his first game with a radically revamped wide receiver corps in the wake of the Tyreek Hill trade.

The New Era of Chiefs Football Got off to a Fantastic Start | SI.com

Looking to make a statement in Week 1, the Chiefs did exactly that en route to a blowout win

On Sunday, Reid began his 10th season with the Chiefs following a 14-year stint with the Philadelphia Eagles. He is now the only person in NFL history to coach two franchises in 10 or more seasons.

What started out as an exploration of sorts during training camp and the first preseason game with safety Justin Reid is now a reality for the Kansas City Chiefs. Reid is indeed their emergency kicker.

You might not have heard Kansas City Chiefs rookie CB Trent McDuffie’s name during the broadcast last night, but that’s actually a good thing.

All three phases of the game dominated and as a result, every player active in the game got a chance to contribute. Several rookies saw big-time action in the season opener, but none of them played more snaps in Week 1 than George Karlaftis.

…for all that Mahomes does on the field, his quality as a teammate may be one of his more overlooked skills. He put that on display on Sunday.

3 Videos from the overlords at NFL.com

I can't stop watching this

Chiefs’ Patrick Mahomes impressed with Justin Reid, says safety kicked the ‘heck’ out of the ball

detroit is -2.5 favorite over washington

when is the last time detroit was ever favored???

denver -10 against houston this coming Sunday.

After playing in 24 consecutive games as an underdog, the longest active streak in the NFL, the Lions are currently 2 1/2-point favorites against the Commanders, according to Caesars Sportsbook.
The Lions’ streak is the team’s longest in the Super Bowl era.

The last time Detroit was favored was Nov. 22, 2020, when the team was a 1-point favorite on the road against quarterback PJ Walker and the Carolina Panthers. The Lions went on to lose 20-0.

Last edited 14 days ago by NovaChiefs
0

new logo, had to watch a couple of times

Apparently, it’s the original logo they used when AH opened. I vaguely remember it. We sucked then. I don’t want anything from them messing with our juju. Different juju, of course

that logo is horrendous … I bet GEHA asked for it /sigh

Trent Mcduffie is not a go for Thursday. Not great.

Jaylen Watson, 7th round pick is next man up. He did good against the cards

Even worse. McDuffie’s on IR now for the next 4 games at least, it sounds like.

awesome MH and love love love the “intro” … in MY mind (which is twisted, bent and way too cluttered) it’s The Best part of MH (not JUST a player’s birthday, but the “added layer” and today’s is an exemplary example) so … THANK YOU

And for good measure…

Snyder needs to be SO far gone … the NFL talks the talk but refuses to walk the walk, and honestly I think both D Snyder and D Watson should be 1) in prison, and 2) barred from the league

Broncos fans will need to come to a couple of realizations at some point.

Second, it’s hard to maintain an elite defense. I don’t really think they were elite last year and I expect them to regress at least some this year.

I do think they are better this year but not playing in the preseason and coming out flat against a team that is going to struggle to win 4 games is a bad look. In a really tough AFC they will be lucky to get wc berth. Going forward they lost a lot of draft capital, they having guys at premium positions coming up for new contracts such as Chubb. Things could unravel quickly. Let’s hope so.

Last edited 14 days ago by DenverDonkeyHater
1

Wilson ain’t Manning, that’s for sure … last night part of it was “getting in rhythm” etc etc and can’t put everything on Wilson

Coach, what do you think of your team’s execution?

right? the Seachickens got lucky and dodged more than a few bullets …

He did make some very poor throws too. Which was on him.

There was discussion about how terrible Soldier Field was, and how it could cause injuries, but then we go to “state of the art” in Arizona and end up with 2 guys out because their turf falls apart on impact. How does an NFL franchise not take care of that?

Happy birthday also to Craig MacGregor, bass player for Foghat from 1976 to 2018, beginning with the “Night Shift” album. Rest in peace.

A broncos fan post. 😆 🤣 😂
.
“If this was peewee football…there would be a group of parents at the end of the driveway saying.”We’re sorry Daniel Hackett you can’t be coach anymore ” worst preparation and game management ever!!!!”

Every time I think my life has gone seriously off the rails, I take solace in the fact that it could always be worse… I could be a Donkeys fan.

McKinnon being the hammer in pass pro & taking the blitzing DB off his feet pic.twitter.com/xqtPJAyVAC

Laughing my ass off about the Broncos losing to Seattle in dramatic fashion.

Here’s what I kept texting all my Broncos buddies 😆 🤣 😂

They will do it in KC too lol

It wasn’t even dramatic fashion. It was a dumbfounding, perplexing, baffling, clown show of idiotic coaching decisions.

I don’t know how a son of a coach, who has been around football his whole life, can’t handle situations a person that casually plays Madden can figure out.

If anyone bitches about Andy’s game management skills again, just remind them of how bad this guy is.

I could somewhat get it if they were playing the chiefs or somebody with a good offense. But you call 2 plays on 3rd down. If you don’t convert, you have 3 timeouts and the likelihood of the seagulls getting a first down had to be about 1 1/2%. They sucked in the 2nd half.

How long does it take to get back into fg range? 13 seconds?

It’s the little things that make life worth living. 😁

NovaChiefs
Author
As per request, no makeup coffee 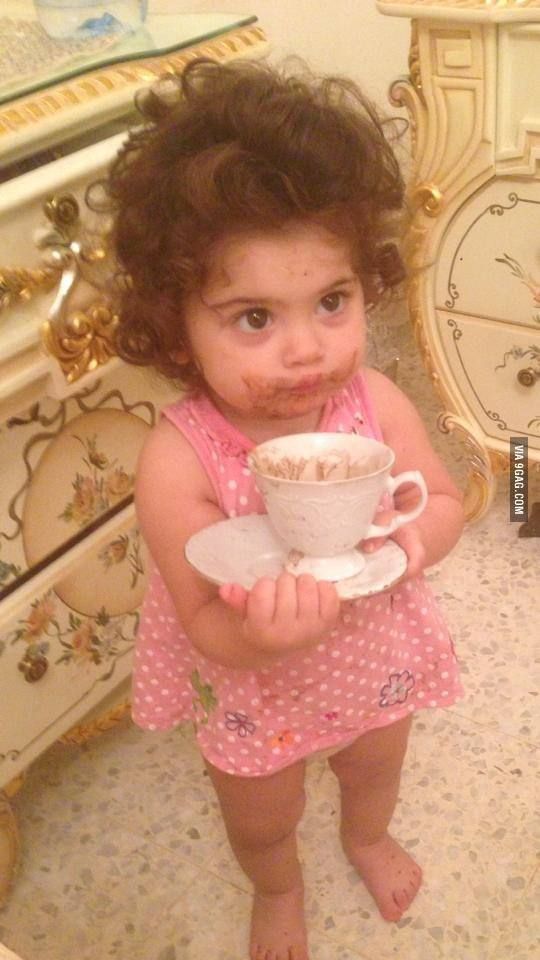 Last edited 15 days ago by NovaChiefs
7

Well this threw me for a loop.

the eyebrows look real. not sure about the mustache. 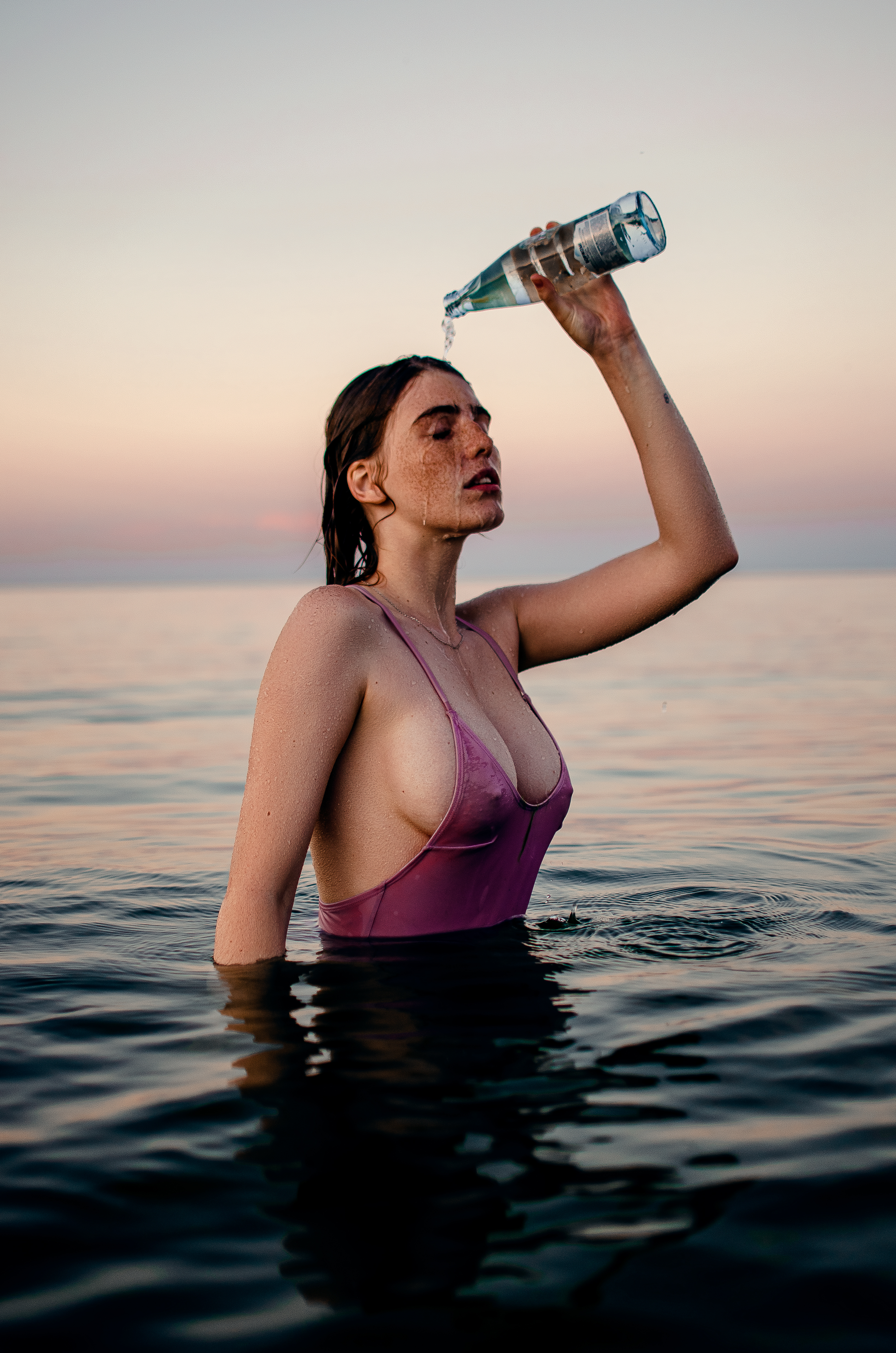 Ah geez, Nova, it wasn’t a request so much as an observation on priorities – some folks put makeup on before their morning coffee, others are content looking dishevelled over their first cuppa. I don’t want to rock the boat over this, yet I see that vvet818 has taken this issue as an opportunity for some sightly creativity.

i didn’t know that there was an issue, did i miss something? I don’t want to be stepping on anyones toes here.

No issue, I made an observation yesterday morning that it amuses me to see so many morning coffee drinkers all made up whereas I usually look like a bag of dirt over my first coffee. This is for fun, let’s have fun with it and see how creative it gets.

Was a joke. What Larch said

Last edited 14 days ago by NovaChiefs
0

Lol.
Back to makeup please!!!

she is, she really is … prolly gonna break some hearts someday

love love LOVE this one … Nova, yer The Bestest!