When Mahomes is clicking the way he was at Allegiant Stadium, the “real” Chiefs usually are coming with him. Of course, pummeling the fading Raiders suggests the need for a certain amount of context, but in the NFL – the week-to-week league where upsets can even come in the form of tie games (hello, Pittsburgh) – you take the wins in any way you can get them.

Andy Reid: Still so much room to improve | nbcsports

“It’s a good one to get against a talented football team,” Reid said, via Jordan Foote of SI.com. “We’ve got so much room to improve still, and we have a little bit of season left to do that. So, we’re going to keep chopping away at this thing and making ourselves the best we can be as it goes on.”

“In this league, you’re just as good as your next game,” Reid said, via SI.com. “We’re seeing this every Sunday, on Thursdays and Monday nights. The parity in this league is ridiculous, so you have to stay on your game and you have to continue to work to get better. Eliminate some of the mistakes that we had tonight. You’ve got to keep that going — and enjoy it, because they’re hard to get — but just know where you’re at and what this league is all about right now.

Both sides of the ball played well at the same time for Kansas City for the first time this year. This was the defining win of their season so far, and it has the team primed for more success in their seven remaining games. Here are our five biggest takeaways from their 41-14 rout of Las Vegas in the desert on Sunday night.

Quarterback Joe Montana, who had 20 and quarterback Peyton Manning, who had 12 straight. Montana played for Kansas City for the last two seasons of his career after a storied tenure with the San Francisco 49ers.

Just Like That, the Chiefs Control Their Own Destiny in the AFC West | si.com

In one game, the Chiefs went from not having a spot in the “if the season ended today” AFC playoff bracket to being the No. 4 seed. They went from being tied for last place in the AFC West to having sole possession of first place in the division. They went from somewhat of an afterthought to a possible playoff contender. Mark Van Sickle of Arrowhead Report joined me on today’s Roughing the Kicker podcast to talk about how important the Chiefs’ win truly was, as well as what’s still in store.

A lot of players got snaps this week because of the nature of the Kansas City Chiefs’ blowout win over the Las Vegas Raiders. Andy Reid inserted backups into the game on both offense and defense. Only two players, Andrew Wylie and Trey Smith appeared in 100 percent of the snaps for any individual unit.

Listen, I think he has a better shot this week,” Reid said. “A pretty good chance. We’ll see today when the guys start getting in here and doing their thing.”

Best mic’d up moments so far this year 🎙

Gorgeous December day in Kansas City for Chiefs practice. CB Rashad Fenton (strained knee) is an observer only, receivers Tyreek Hill and Mecole Hardman (both non-injury related) not on the field at the start. Everyone else accounted for.

The most dominant defensive plays on the season so far 😤

.@PatrickMahomes speaks on the importance of using bye week to get a jump start on this upcoming game

“I love it. I just love being physical, and receivers don’t like it. You can see it in their eyes.”

We're in the back third of the season. Who's making a run to the playoffs?

Tap to set a reminder and we'll see you tonight! 🎙 https://twitter.com/i/spaces/1YpJkZPeWOoGj

Episode 3 of #HardKnocks: In Season with the @Colts premieres tonight at 10pm ET on HBO/HBO Max

Buccaneers' WR Antonio Brown is expected to miss at least the next two weeks at Atlanta and against Buffalo with the sprained ankle he suffered in Week 6 at Philadelphia, per source.

"You're welcome for the sack, my friend."

@GregGaines99 was so happy he sacked @AaronRodgers12 😂

From NFL Now: Interpreting the comments of #Browns GM Andrew Berry when it comes to Baker Mayfield and his long-term future.

don’t see anything on that, but did see that Shane is now on 53-Man Roster … seems that this could be Chad Henne’s last go-round with the Chiefs (or not: who knows what’ll happen in 6 or 9 months_

It was a leveon joke sorry.

Time to add to the roll they are on. A win over Dallas will be huge. I like what our D has been doing and building to let’s see what it can do against one of the best Offensives in the game this weekend. Time for Arrowhead to regain its mojo now.

yah, a W vs Cowboys would be HUGE … then the bye week, then Broncos and Raiders (both at home)

to think this Chiefs team COULD be 9-4 in a few weeks, given the rough start they had to the season, is a nice think to think about (although by no means a certainty)

if Mahomes and the KC Offense can continue to “take what’s given” instead of forcing it, if Mahomes can play the “check-down game” as he did Sunday against Vegas, this team should be just fine by season’s end heading into the playoffs

and yes, always “nice when the Raiders Raider”

I can't take credit for this … but I can love it! #ChiefsKingdom pic.twitter.com/8PibrgLheF

It’s cuz he realizes Carr is a puss

As it should be

Who is going to pick me up from the bar then?

and don’t steal anything, either.

but, if you wanna kill a journalist with opposing views to your regime — go ahead

I’m 95% sure the guy in this video is either in prison in Saudi Arabia or in forced exile somewhere (probably in Canada).

We do know this is parody, right? And 8 years old? Just checking.

I knew it was. As mentioned, I’m pretty sure the guy who made it is now sitting in jail in Saudi Arabia or is in forced exile.

I happened across his name in a book I read (published about five years ago), saw that he was a comedian, looked him up on YouTube, found this, and enjoyed it very much.

The last place I saw it posted had a huge row over it by folks who missed the joke. Not sure how they did that, but…

Morning Huddle… Let’s see what we’ve got in here…

Ya, seen that this morning fricking awesome….

This is why listening to the media (or some fans around here) is a waste of time. The big picture eludes them. 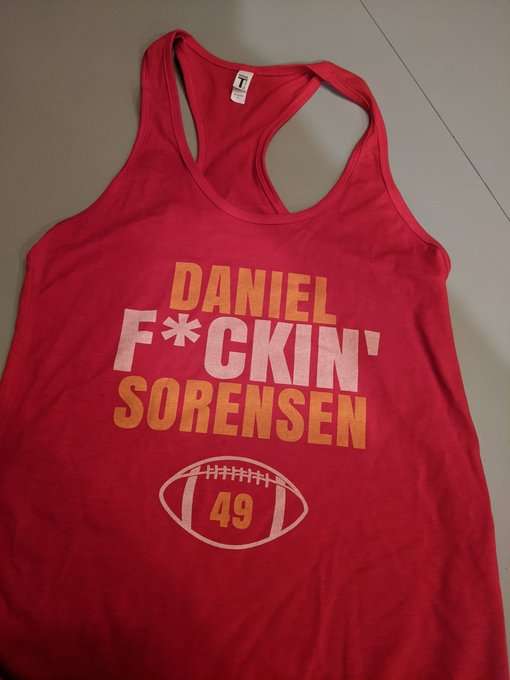 he stole that interception from Thornhill.

That throw just proved he is great at punt coverage

at least he’s good at SOMETHING