Four Takeaways From the Chiefs’ 36-35 Loss to the Ravens | si.com

The Kansas City Chiefs play in the strangest of games and this one against the Baltimore Ravens was about as strange as it gets. It was an offensive slugfest between two teams who are far too familiar with each other after being at the top of the AFC conference for the past three years. The Chiefs played their game, but ultimately were unable to overcome a litany of mistakes and a porous run defense.

“We’ll need him the whole entire season,” Mahomes said after the loss. “Don’t let one play define you. It’s a long season. Obviously, we lost to a good football team, and we played at their place. It’s a long season, and if we want to be great and have a chance to have another run at this thing, he’s going to be an important part of it.”

The Chiefs relinquished their lead in the fourth quarter and squandered a late opportunity to take the lead in Baltimore. Here’s a look at how the stock is trending for some players after Week 2.

“Yeah, I should have just thrown it to Demarcus Robinson in the flat, then I saw ‘Trav’ (Travis Kelce) come back to me,” Mahomes said after the game, via NFL.com. “When (the) dude grabbed my leg, I thought I could get my other leg down. He spun me, and it was a dumb interception. Probably one of the worst interceptions I’ve probably ever had …  Yes, of course, the interception was not only dumb in the sense that it was a bad throw or not even close to the receiver. It was dumb at that point in the game. Even if I just throw to the flat, and he doesn’t get the first down, we have a chance to decide if we are going to kick the field goal or punt and pin them back. So, it’s just a lot of little things in games like this, that leads to losses in the end.”

The Kansas City Chiefs lost a heartbreaker on Sunday night as the Baltimore Ravens rallied to erase a double-digit deficit and deal the Chiefs their first loss of the year.

Here are five quick notes about the game.

ICYMI: @ByNateTaylor and @3guysinagarage react to the Chiefs' 27-3 loss to the Tennessee Titans. The guys identify the biggest issue with the defense, give their take on what the Chiefs need to do to get back on track, and more.

Well, let's discuss perhaps the most pivotal week off the Chiefs' season.
http://audacy.com/610sports

Tonight: 7-8 @610SportsKC the Nate Taylor show (@ByNateTaylor) tons to get into obviously. Nate and I will talk about the Titans dominant win over the Chiefs plus where do the Chiefs go from here:

Brett Veach was afforded a seemingly infinite margin for error. He had the NFL's best QB and its top offensive coach. In what looks like a lost year, the margin for error has been exhausted and the QB-coach duo hasn't been able to cover up KC's issues. 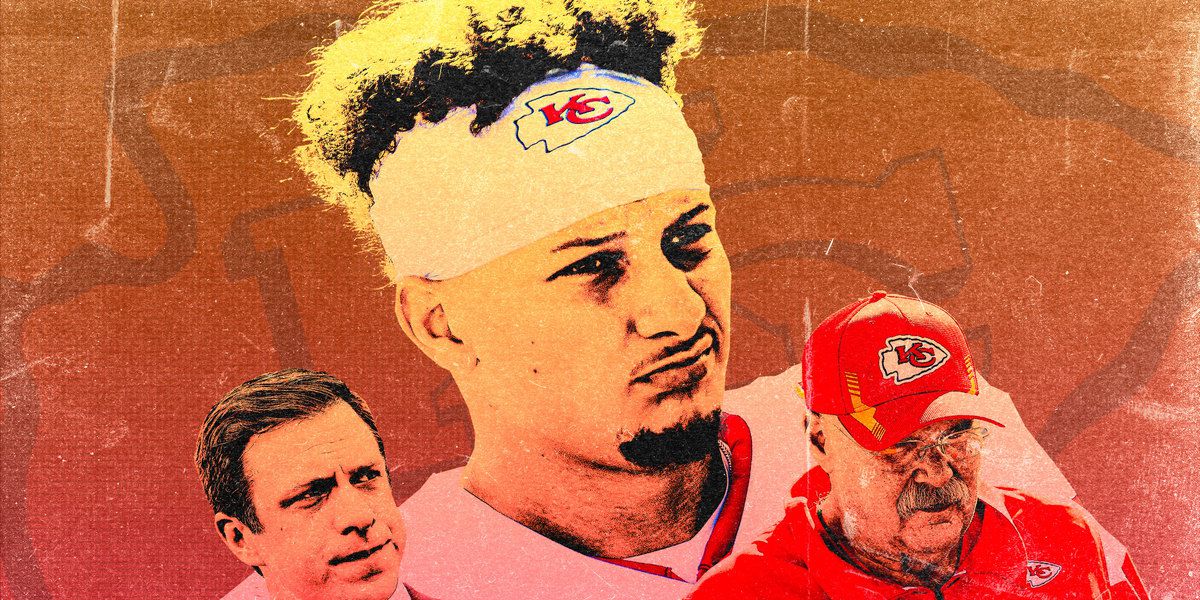 After a nightmare outing against the Titans on Sunday, Kansas City is continuing to trend downward—and the competi...

I wrote about the Chiefs being in a place where self-reflection is going to mandatory if they want things to change, and some things they ought to reflect on.

Alvin Kamara’s got eight catches for 109 yards and a TD in the first half! @A_kamara6 #Saints

Kamara’s SEVENTH catch of the first half 👀

I understand all the defense sucks complaining and finger pointing. All of that shit doesn’t really matter if ceh just holds on to the ball in a critical spot. The defense will get sorted out. One little hole in the boat does not mean we should abandon ship. Our offense is still the best in the league

Agree and disagree. If this is what the defense looks like healthy, imagine what happens when there is an injury or three.

The offense will be fine. They need to work on run blocking. Get Hardman on the jugs machine 3+ hrs a day until his hands bleed. But they should only get better.

How good is the Chiefs personnel on defense? Why are we struggling or sucking against the run? Has Spags run his course with the team?

Superstars on D – Mathieu and Jones – Both can shine on passing downs and neither are run oriented players.
Very solid – Sneed and Ward – add Hughes – Our corners are not the problem and it helps that they are solid run support – thank goodness.
Can have their moments of brilliance BUT – Thornhill – our in and out safety, Dirty Dan – who looks like he should be cut every third week, Hitchens – not good enough to be able to compensate for a weak line, Bolton – hard to evaluate rookie in two games, Gay – hard to evaluate if he will not stay healthy, Danna and Wharton – nice supporting pieces
Not strong enough in the middle – Nnadi and Saunders
Riding on a reputation (possible) – Reed and Clark
What the hell did we keep him for – Alex Okafor
A nice sixth linebacker – Ben Niemann
Needs to replace Okafor in the lineup – Kaindoh
I do not care that you are on special teams if you cannot play defense – Lammons, Harris, Watts, DOD
Did I miss anyone – Not important enough for me to remember at six in the morning

Ben Nieman is not a LB. He’s an oversized, too slow nickelback. Thats how the chiefs use him and thats how he plays. I went back and watched his first two games and there hasnt been a single snap from him this year where we wouldnt have been better off with a safety playing.

“A linebacker’s job in football is to stop the offense’s running attack. Linebackers will also support the defensive backs to help stop the offense if they throw the football. It’s one of the most versatile positions on the field.

Linebackers are often players that are both big in stature but also athletic enough to cover the pass. They need to be big in stature because of the ability to take on offensive lineman to stop the run.

They will be confronted with an offensive lineman that they need to disengage to tackle every run play.”

Niemann does not fit this description. He cannot stop the run. He’s not big. And he sure as hell cant disengage from an offensive lineman, let alone a TE or WR.

Thornhill is fine. At least, he appears to be. The coaches must not have confidence in how he’s healed after that injury (but he’s looked rehabilitated when he’s played). It’s just a matter of the coaches keeping him in over Sorensen (which, hopefully, will happen).

Danna has also been good at run support. He took completely the wrong angle on that Jackson TD but he’s just a second-year guy. That will come with experience.

Bench (or cut) Nieman. Move sorenson into Niemans job. I know they call him a LB but he doesnt actually play LB. Play Thornhill at safety.

Problem solved. Its not perfect but. Its better than Niemann doing nothing.

MVP RACE UPDATE
1 – New leader Tom Brady – He had a good day and his team dominated.
2 – Russell Wilson
3 – Patrick Mahomes
4 – Kyler Murray
The above three had good games but Wilson and Mahomes lost and Murray barely beat Minnesota
5 – Aaron Rodgers – His first week struggles are forgiven
6 – Josh Allen – He was solid against Miami
7 – Dak Prescott – Dallas won but it was a team win, not a Dak win
8 – Lamar Jackson – He ran thru the Chiefs all the way to number eight
9 – Derrick Henry – He ran thru the Seahawks all the way to number nine
10 – Aaron Donald – Only still on the list due to his reputation.
11 – Derek Carr – Even a Chiefs fan hopped on the Derek Carr bandwagon
Removed from list – Jameis Winston – He enjoyed a one week run here.