A Tough Decision Now Could Allow the Chiefs To Secure Their Future si.com

Frank Clark is responsible for some of the greatest memories in Kansas City Chiefs history. The defensive end is also responsible for the potential repercussions of offseason arrests.

Clark, who has experienced an up-and-down career with the Chiefs, was arrested in March and again in June for illegal possession of a firearm. His arraignment and plea hearing was originally scheduled for earlier this month but was recently postponed until Oct. 4. That falls directly in line with the NFL regular season, which poses an interesting dilemma for the team.

A former three-star recruit at safety with offers from over 20 schools, Character originally signed with Auburn. After taking a redshirt year as a freshman with the Tigers, Character announced his intention to transfer to South Carolina, spending a season at Northwest Mississippi Community College in the interim before transferring. He eventually flipped his commitment to Louisville after the school hosted him on a visit as the No. 1 JUCO transfer safety in the country.

In a recent feature on ESPN Plus, multiple contributors ranked all 32 teams by how set up they are to win over the next three seasons. Cracking the top five were a handful of teams who enjoyed remarkable seasons.

The Cleveland Browns (5), Buffalo Bills (4), Baltimore Ravens (3) and the defending Super Bowl champion Tampa Bay Buccaneers (2) all made the cut. But the team at the top of the heap? The Kansas City Chiefs.

The redemption of Clyde Edwards-Helaire | thehuddle

Drafters were hoping for a monster rookie year as we saw with Ezekiel Elliott and Saquon Barkley. Instead, we saw someone stuck between a badly fading David Johnson and the mostly stumbling Miles Sanders. It wasn’t terrible. It just wasn’t anything close to a difference-maker. On a Super Bowl team no less.

The chance to reclaim the same luster that saw him tear up the SEC for 1,414 rushing yards and 55 catches for 453 yards and a total of 17 touchdowns on the way to a National Championship in 2019.

The wide receivers room for the Kansas City Chiefs is shaping up to look slightly different in the 2021 season.

With Sammy Watkins pieces moving on in free agency, rookies coming in and a new position coach taking over, Chiefs head coach Andy Reid said he’s still confident in the group they’ll be rolling out.

“I like the guys that we have,” Reid said. “It might be by committee, but we’ve got a good nucleus of wide receivers there, and I feel comfortable with those guys.”

There's only one correct answer... 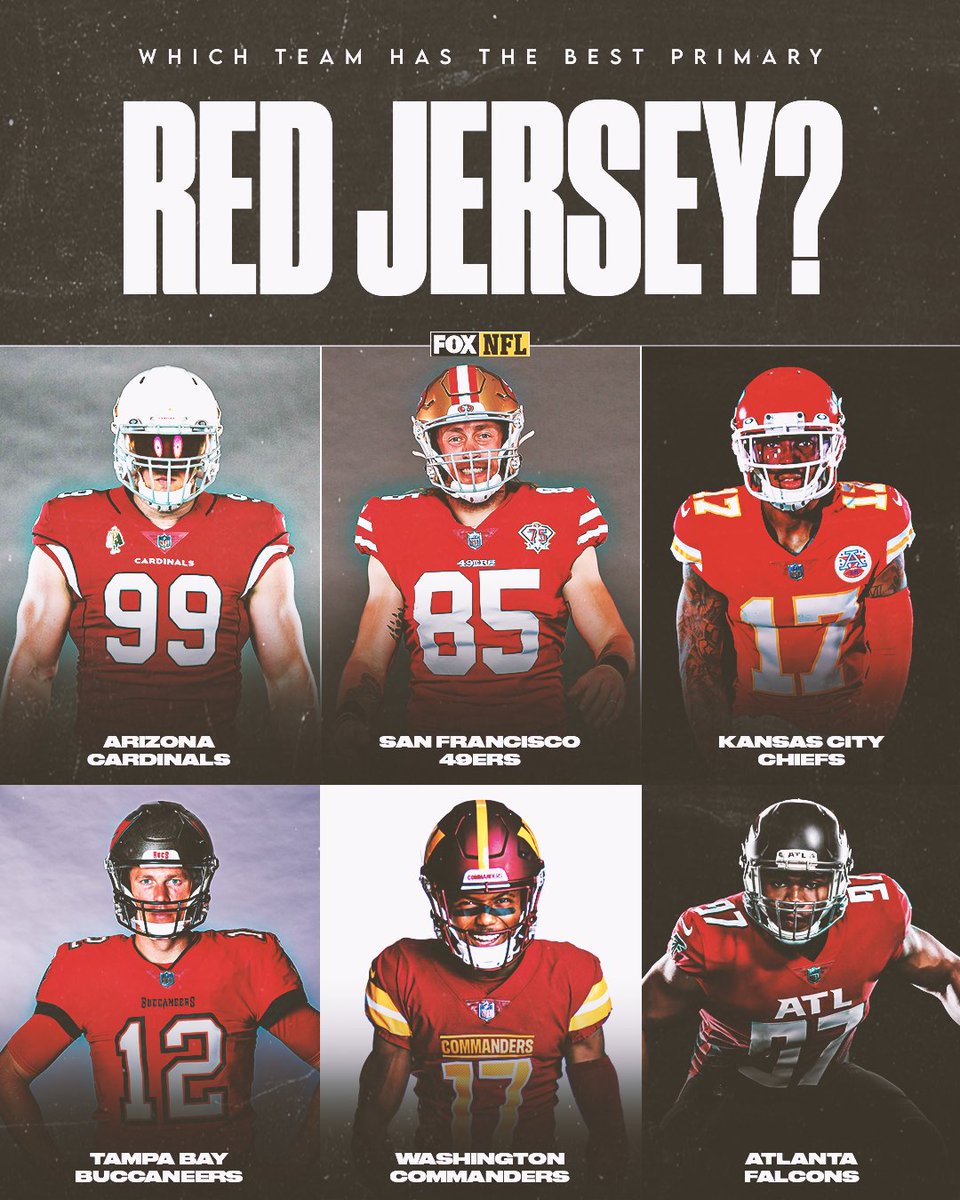 Whose got the best red threads? 🔥👀

Dunlap has been credited with 69 passes defensed in his career. Long arms, knows when to shift to trying to knock down a throw.

When you see this full speed, at first you think maybe he dropped it. Then you slow it down and see the bottom arm get tugged right before the catch and he’s left having to catch it with one arm, which is almost impossible when you’ve started pinkie to pinky up high https://twitter.com/KCSportsNetwork/status/1552671738403721216 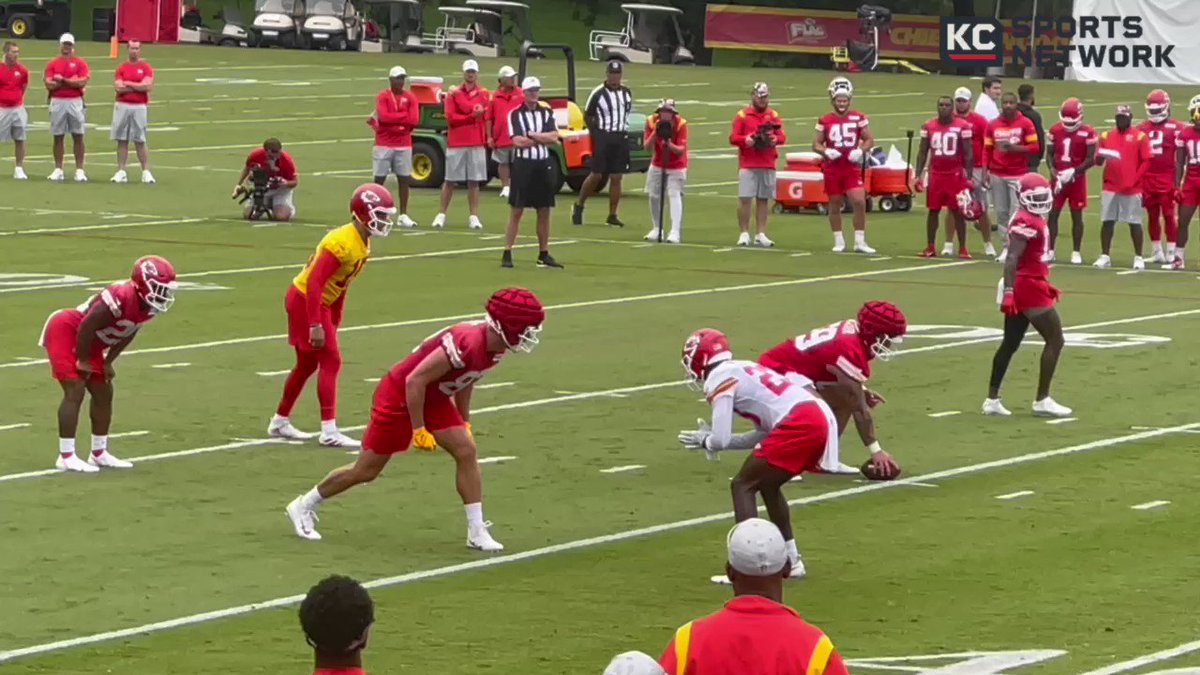 Another day, another incredible catch by JuJu Smith-Schuster (@TeamJuJu) And another awesome celebration right behind the play from Travis Kelce (@tkelce)

I was a @YahooFantasy fan long before I joined the company… and I’ll remain one well after my departure. 💜🙏

.@FaZeClan's @Deestroying is bringing his legendary 1 on 1's to NFL preseason this summer!🔥

Joey Bosa on Derwin James' contract negotiations: "He obviously deserves whatever he's going to get. ...He's obviously one of the best, if not the best, at his position in the whole league."

Here’s my full interview with #Vikings GM Kwesi Adofo-Mensah, who also speaks on a rookie class headlined by safety Lewis Cine and expectations for this 2022 team.

Live coverage from Minnesota’s practice this afternoon on @nflnetwork

Glad to see Alex Okafor back. Nice to have a serviceable vet who knows our system.

Chiefs DE Frank Clark is that his arraignment has been delayed til OCTOBER – knowing lawyers, will be delayed to after SB — especially, since SoCal HAS TO WEAR MASK AGAIN

Last edited 1 year ago by gonzangkc11
0

Alex Okafor stand out as they’ve played for the team before. Then there are guys like Adrian Clayborn and Olivier Vernon who have played for coaches on the Chiefs’ staff before. Everson Griffen is still available

Time to start crossing fingers. I hate injuries right before the season starts.

Rams' RB Cam Akers ruptured his Achilles while working out and underwent testing that confirmed the injury, per source. He is expected to miss the entire 2021 season. https://t.co/Ti6v52bQoy

rrrrrrr
Cam A was going to be (1) of my keepers

We need your picture of you holding the chiefs flag at raiders stadium….
And as always. Fuk the raiders………..

Well Badain, ya missed something

Is it just me, or does “Once a Raider, always a Raider” sound like a chronic disease or condition to anyone else?

Yep, not sure there is a cure for that. Once you get the raider stink on you it’s hard to get off….
Thx Hoosier, and a blessed day to all…..

I lived for a year in the Bay area (West Bay). It was hard to be a Chiefs’ fan out there. But I was glad I could see at least two of our games on local tv that year.