Football is BACK! We actually have a rooting interest in tonight’s game, so c’mon Rams!

Today in Chiefs history, nothing happened so let’s not dwell on it. Elsewhere, 1998, Mark McGuire broke Roger Maris’s record of 61 home runs in a season. Did he? Should they count? In ’74, Nixon was pardoned, in ’66 Star Trek premiered, and Michelangelo unveiled David in 1504

But what about the Chiefs, you ask? Well…

Patrick Mahomes: Time for Chiefs to ‘Show Who We Are’ | Fresno Bee (Turn off Adblocker)

The Kansas City Chiefs’ tumultuous offseason is now in the rearview mirror, as 2022 training camp and the preseason are over. Now that the regular season is merely days away from arriving for the Chiefs, things are beginning to get real.

From the top down in the organization, I think we still have a bad taste in our mouth from the AFC Championship Game … (and have) a sense of knowing that to finally put that game behind us you have to get back on the field,” Veach told The Star, adding that part of the “beauty of sports” is the strange twists and unknowns that go into every outcome.

The Chiefs have undergone a ton of changes on both sides of the ball this offseason, but given their history of dynamic offensive play, it’s not surprising that Doug Farrar’s question for Kansas City was about the offense. He simply wants to know: “What is this offense going to look like?”

With the season set to begin, we’re taking a crack at predicting some of the Chiefs’ superlatives for 2022.

With the 2022 NFL season just around the corner, those who cover the league are sharing their predictions for the upcoming season.

No Shortage of Contenders: Our AFC Preview, Win Projections and Playoff Predictions | The Analyst

Our model projects an AFC-high 26.0% likelihood that the Kansas City Chiefs make the Super Bowl.

After coaching Patrick Mahomes in college, Kliff Kingsbury prepares to coach against him | PFT

Kliff Kingsbury coached Patrick Mahomes for three years at Texas Tech, and although the team was not particularly good — Texas Tech went 13-16 in games Mahomes started — both men have gone on to greener pastures.

Chiefs Senior reporter Matt McMullen breaks down six stats to know for the Chiefs week 1 matchup against the Arizona Cardinals.

Looks as if’ Chiefs Free-Agent Signing Will Be Healthy Scratch in Week 1 | Heavy.com

Chiefs Wire media member Charles Goldman detailed the KC running back room ahead of Week 1 and the obvious odd-man-out was Jones.

Once again, the NFL put Patrick in the wrong spot in a ranking

Q: What on Earth did KC Wolf do to get on the bad side of NFL fans?

A: Jealousy runs deep in the NFL

The confident Bills and the NFL world will be shocked as they have their ass handed to them by the Rams.

While we are long separated from the concept of a king or queen, I will state that the Queen reflected grace and dignity throughout her long reign (I am old enough to remember her from way, way back). If only the politicians could take some of that old fashioned respect and apply it in their daily interactions. This is a great loss for England as well as the rest of the world.

She also had a sense of humor. Classy dame. 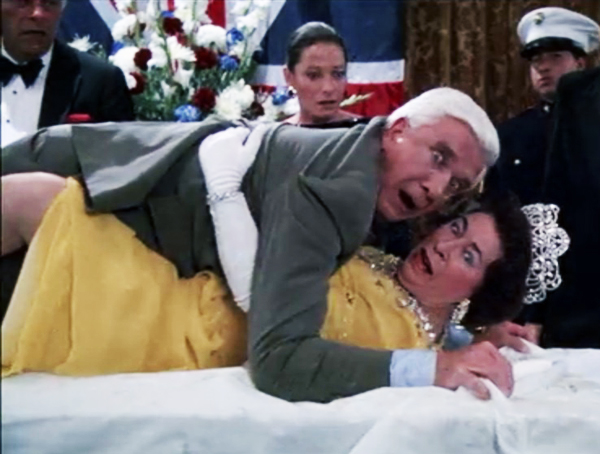 Oh, the NFL must be pissed. Upstaged by the Queen.

National anthem of the United Kingdom – God Save the Queen

I expect squat from Clark this year- just like before

Every one of those is believable. The only one that might be a stretch is CEH with 1K, and only because Patrick is going to get close to if not over 5K. There are only so many yards to be had in a game.

Having Patrick ranked #5 is way rankings are stupid and a waste of time.

So the Rams have NEVER been under .500 since McVey got there? Well, let’s keep that streak alive for at least 2 more weeks.

Didn’t realize former Chiefs C Rodney Hudson was a Cardinal. Injured though and he’ll be on the sidelines. Who else do the Cards have that we used to?

right then, let’s get on with it!

so the beauty of sports is that the Chiefs can be up by 20 pts at halftime of the AFCCG and yet blow the second half so badly that they lose and thus miss out on the Super Bowl … And then use that to refocus and return to the Super Bowl the following year.

You forgot that last part.

Get with the program then

I have a perfect solution to ups

I just skip over his comments. The scroll works

I enjoy giving him a hard time. Kinda like you ?

Football is BACK!
’Nuff said.

As a very wise individual said on Tuesday’s Morning Huddle…
It’s the most wonderful time of the year!

And fuck the raiders.

Last edited 3 months ago by NovaChiefs
6

as my friend Shrek would say: that’ll do, Donkey, that’ll do …